Should you trade in your petrol mower for an eco-friendly cordless one? 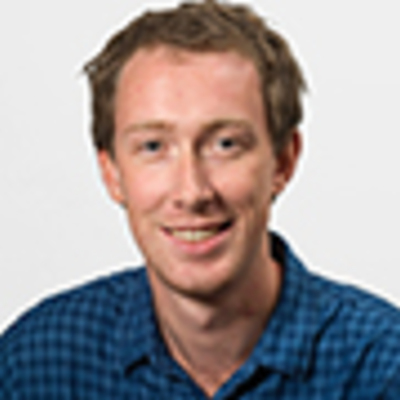 A new battery mower at the forefront of cordless tech goes head to head with a proven petrol performer. Is it time for you to trade in your old petrol mower for a quiet and eco-friendly cordless unit?

The performance of battery-electric mowers has matured to the point where our annual test finds many nipping at the heels of the best petrol models. They perform just as well in our short- or medium-length grass tests, and they’re only a shade behind in our long grass test. They’re also lighter and start at the push of a button.

However, Consumer members still love petrol power. According to our appliance reliability survey, Kiwis purchased 4 times as many petrol push mowers last year than either mains- or battery-electric units.

Make no mistake, our test is demanding, but it’s designed to mimic conditions commonly encountered in New Zealand suburbs. For this trial we stepped things up a gear and put 2 top mowers from each category to the test on the most demanding section we could find.

The Castelgarden Testarossa T482GGP ($899) petrol mower is often seen on the back of contractors’ utes. They say they like its lightweight plastic deck and ability to plough through dense, damp grass and pack its catcher even after heavy rain.

The EGO 56V LM2102E-SP ($1199) is the first self-propelled battery mower to wash up on our shores. It’s a powerful, wider version of the LM200IE push mower that earned excellent results in last year’s test.

We tested the mowers on an Otaki farm with rich, fertile soil. The lawns comprised gutsy, dense pasture ryegrass, while the turf was fairly damp as it had rained the previous day.

Short grass: On the section’s front lawn, which was 30-40mm long, the battery-powered EGO gave the grass a better, more uniform finish than the petrol mower when run on its lowest cutting height with the catcher attached, with fewer clumps of turf behind.

But there are a couple of catches. The EGO’s lowest cutting height setting is 25mm, much higher than the lowest setting of the Testarossa, which cuts down to 5mm. Even on its lowest setting the EGO left clover on the lawn untouched, and the petrol mower would be the best bet if you’re preparing a green seamer for Christmas day. The other issue is the EGO’s deck extends far beyond the blade – 190mm in front and 35mm on each side – making tackling lawn edges difficult, while the Testarossa gets as close as 15mm on either side.

Long grass: In the overgrown back section, with weedy, thatched grass as long as 500mm, the Testarossa smoked the EGO. Its 160cc engine had more than enough torque to make short work of challenging spring growth, while even on the highest cutting setting the EGO was prone to stalling in the longest grass.

Running time: We managed 35 minutes’ constant cutting while running the EGO’s self-propelling drive with the 7.5Ah battery included in the kit, which charged up again in just over an hour. The Testarossa’s four-stroke will run all day as long as there’s fuel.

Manoeuvrability: The Testarossa is very light for a petrol mower at just 26.7kg thanks to its ABS plastic chassis. In most cases, cordless mowers will be lighter than their petrol counterparts, but the EGO weighs 27.8kg owing to its drive system and powerful motor.

This self-propelling mechanism means the EGO is a breeze to push in a straight line and it has enough power to zoom up sloping sections. That said, it’s heavy and weighted towards the front, which makes manoeuvering a chore. The Testarossa lacks a self-drive mechanism so is harder to push, but is much easier to handle than most petrol models we’ve tested.

Starting: Firing up the EGO is a breeze: you just push a safety button and pull the throttle. The Testarossa’s pull-start is more of a hassle, though it started first-time, every-time in our test.

This trial illustrates that in general use cordless models are a good bet, especially if you’re keen to wave goodbye to the fumes, noise and hassle of petrol. But if you’re an amateur greenkeeper who likes to mow right down to the clover or tackle gnarly, damp or overgrown lawns, then you still can’t beat petrol.

A push mower is another option. Provides a work out for me, no energy consumption other than my usual food, and as I use an old one that’s been spruced up and serviced, really good longevity of the initial resources. Surely best option for the planet for as long as I am up for it?

Mitre 10 stock hundreds of these mowers but know zilch about back-up. When a petrol mower stalls it stops. When an EGO stalls it blows a fuse in its innards somewhere . It's not a home-fix so take it to someone who is supposed to know how to fix it . I was pushing it a bit hard, blew its fufu valve, took nearly a month to replace a PCB. The mower is fantastic but why on earth can't they put a fuse somewhere for the operator to fix??????????? instead of blowing money and time and getting someone in to mow your lawns.
Now it's popped again and after a week, still no parts., and another contractor cost to mow them. Pathetic.

Jj B.
Chainsaws next please

Could you do a similar comparison for chainsaws please? I am keen to know if cordless have reached the point where they are as good as petrol. e.g. compare a petrol powered Stihl with an similar sized Stihl cordless.