In this “dog vs lemon” battle, a little Bichon-cross gets the better of Bissell’s Stain Eraser Pet cordless spot cleaner. 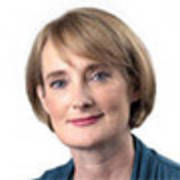 The thing about rescue animals is they often have issues. Case in point: Rover.* Unfortunately, one way Rover expresses his unhappiness is by leaving unwelcome surprises for me to clean up. Over time, we’d made good progress in addressing his separation anxiety, so I sold my Bissell Little Green carpet and upholstery cleaner. However, Rover recently started acting up again.

Often, compact appliances lack the oomph of their larger stablemates, but as my Little Green had packed such a big punch, I was keen to stick with the brand.

The range listed on the Bissell website includes several wet/dry spot cleaners (one of which is compatible with a special dog-washing tool), but the Stain Eraser Pet 2006F ($179) seemed the best bet: small, cordless, lightweight (2.09kg). Annoyingly, though, I couldn’t find a shop that had one in stock. However, several retailers told me that if I didn’t mind waiting a fortnight or so, one would be ordered from abroad. With “accidents” and the like you need to tackle them immediately so I wasn’t thrilled by the two-week delay, but better late than never, right?

Run-down of the Stain Eraser

Finally, the Stain Eraser arrived. Its lithium-ion-powered battery takes eight hours to charge, and you’ll get about 30 minutes’ cleaning from that. There are two tanks – one to spray clean water (with or without Bissell’s supplied cleaning formula), and another to collect dirty water. Although both reservoirs are OK to remove and replace, it’s far too easy to spill water in the process. That’s a shockingly shabby design flaw in anyone’s books – the carpet was cleaner, but my clothes were soaked.

How the Stain Eraser performed – part 1

On the bright side, the Stain Eraser fulfilled its primary function if the filthy water is anything to go by. It was quite astonishing to see how much dirt it sucked up, even on Rover-free areas, and the carpet dried quickly considering how much water I’d sprayed on it.

How the Stain Eraser performed – part 2

Then the Stain Eraser died. I’d used it perhaps half a dozen times. To be honest, it had worked hard, but it’s not like Rover’s output was so prodigious as to short the circuit or clog the vacuum.

Bissell has a limited two-year guarantee so, after emailing back and forth, the Auckland office concluded I’d been unlucky in buying a dud and agreed to send me a new unit. It would have to be ordered from overseas, though, so if I didn’t mind waiting a few weeks …

* Name changed to save face at the dog park.