Is a combi-steam oven worth the investment?

We put all three combi-steam ovens through our usual tests: grilling toast, baking scones and meringues, roasting chicken and cooking a pizza. For the roast chicken test, we followed the manufacturers’ instructions and used the combination steam/convection function suggested.

We tested steam-only cooking performance by “boiling” eggs, then steaming fish, rice and vegetables on separate shelves at the same time and finally, steaming a golden syrup pudding.

We recommend one model from this test – the Miele DGC 6800 XL CleanSteel. It achieved very good results in the cooking and steaming tests. Importantly, it was the top performer in the two tests which proved toughest for the combi-steam ovens – roasting a chicken (using a combination steam/convection function) and the multiple-shelf test where we steamed fish, rice and vegetables at the same time.

The Miele performed this test incredibly quickly: we followed Miele’s instructions and steamed the rice for 7 minutes before adding fish fillets and baby bok choy to the oven and steaming for a further 7 minutes. Dinner in only 14 minutes! And it was all perfectly cooked. The Miele’s only downside was its price: $8499.

Curiously, the Smeg produced a great deal of steam even when the water tank was empty and the oven dry. This meant it produced disappointing results for our cooking tests where no moisture is required (pizza and meringues).

There are two other choices when it comes to steam ovens.

You can go for a standalone steam oven. These are good for steaming large quantities of food over multiple shelves without fusing flavours. For example, you can steam fish, rice and vegetables and a pudding at the same time, and quickly too. But you can’t brown food so they’re not a versatile option.

The other choice is a multifunction convection oven with an added moisture function. This is usually the cheapest way to go. These ovens don’t have steam-only settings, but inject bursts of steam into the oven during normal baking to help retain moisture. Some ovens have a water tank, and a drain and tube for emptying condensation, while others draw water through a siphoning tube which you position into a glass of water. We've tested 2 of these types of ovens – the Electrolux EVEP618BB and the Miele H6461 BP.

If you're choosing a steam oven consider these points. 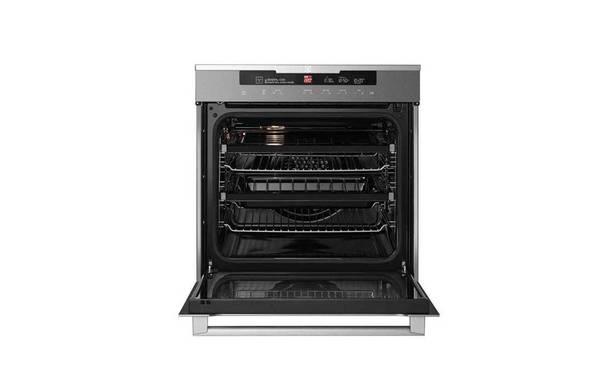 Check our test results, reviews and recommendations for standard built-in single ovens, plus find out more about features, functions and accessories.