Has your bank screwed up an automatic payment for the umpteenth time? Has your insurance company made a decision you don’t agree with? How do you let them know you have a problem?

All financial services providers must belong to a financial dispute-resolution scheme (see “Who’s who?”). They’re also required to have their own internal complaints process.

But not all companies make it easy for their customers to find out what they can do when a problem arises.

We looked at the websites of 75 “financial services providers” – banks, insurance companies, KiwiSaver providers, finance companies, mortgage and insurance brokers, credit unions and payday lenders – to see what information, if any, they provide about making a complaint.

The results were mixed. Some providers made it nearly impossible to find out how to complain to them, let alone which financial dispute-resolution scheme they belonged to.

Just 11 out of the 75 had a complaints or feedback link on their homepage – two of those were banks (ASB and The Co-operative Bank).

For 50 providers we could find information about how to make a complaint within three clicks from the homepage. Forty-four of the providers had a search box which could make finding the information faster but for eight of those we got nothing useful when we typed in “complaints” or some variation on that.

Some providers were exceptionally good when you did get to the right page. They stated how long they’d take to acknowledge receiving your complaint, gave a rundown of the steps of their complaints process, and gave several methods of contact. And they had full information about their dispute scheme on the same page.

But others were let down by not giving sufficient details about their internal complaints process or not giving a timeframe for acknowledging receipt of a complaint.

Overall, 52 of the 75 companies didn’t specify a timeframe. Several of these were banks, which are required by the Code of Banking Practice to acknowledge receipt of your complaint within five business days.

Another financial services provider, NZInvest, had a feedback form and stated it was a member of an approved dispute-resolution scheme but didn’t name it or provide details of its complaints process on the website. NZInvest said it provided all clients with this information before any meetings.

Websites are an obvious place for finding out how to make a complaint to a financial services provider. Ideally you’d like to have some idea of how they handle complaints, how long it will take for them to get back to you, and how to get in touch with them (phone number, postal address or email address). And you should also be able to find which dispute scheme you should contact if you have no joy with your provider.

Although each dispute scheme requires its members to have an internal complaints process, there are no hard and fast rules about displaying this information on the member’s website.

The exception is the banks. Registered banks must comply with the Code of Banking Practice’s rules for dealing with complaints and the Code says “complaints procedures will also be available on our websites and on request from us”.

The dispute schemes told us they run their own checks on their members’ websites from time to time – and like us, they’ve discovered that not all their members are doing a good job at providing information about how to make a complaint.

It’s to the schemes’ advantage if their members provide useful information to customers about their internal complaints process: if complaints can be handled well at an early stage, there may be no need for the scheme to become involved.

The Financial Services Complaints Ltd and Financial Dispute Resolution schemes told us their biggest challenge was to get some financial providers to go beyond seeing membership in a dispute scheme as just something they had to do to get registered.

A review of the dispute schemes by the Ministry of Business, Innovation and Employment (MBIE) in 2013 found that awareness of the financial dispute resolution process amongst financial service providers was low. And in its interviews with the schemes, MBIE was told that some of the smaller or more recently established financial service providers “may not be very efficient in providing information to clients on the dispute resolution process”.

MBIE view this “lack of enthusiasm” as a problem because when providers don’t promote the financial-dispute resolution process to those who use their services, it does little to raise awareness of the schemes. 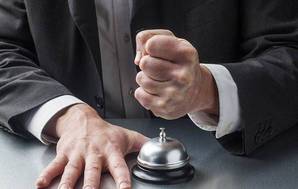 There are four financial dispute-resolution schemes.

If you can’t find information about the scheme a provider belongs to, check the Financial Service Providers Register.