Could you be banned from Airbnb for your Instagram posts?

An investigation by the Australian consumer rights organisation, Choice, has found that the online accommodation marketplace Airbnb is secretly collecting users’ personal data to assess whether they are trustworthy enough to make a booking.

It’s found that Airbnb may be using an algorithm which trawls users’ social media accounts and those of their friends, as well as other available data such as a person’s level of education and job.

The same privacy policy applies to both Airbnb Australia and Airbnb New Zealand, which indicates the algorithm could also be at use here.

The policy features vague statements about conducting profiling on users and their activities both on and off the platform, using information obtained from third parties. It claims that these processes are in place to detect potential safety risks to the Airbnb community.

Airbnb also has an anti-discrimination policy which talks about people being welcomed and respected no matter their background, which is at odds with the profiling methods in their privacy policy. Its website reads: "We are all committed to doing everything we can to help eliminate all forms of unlawful bias, discrimination and intolerance from our platform." 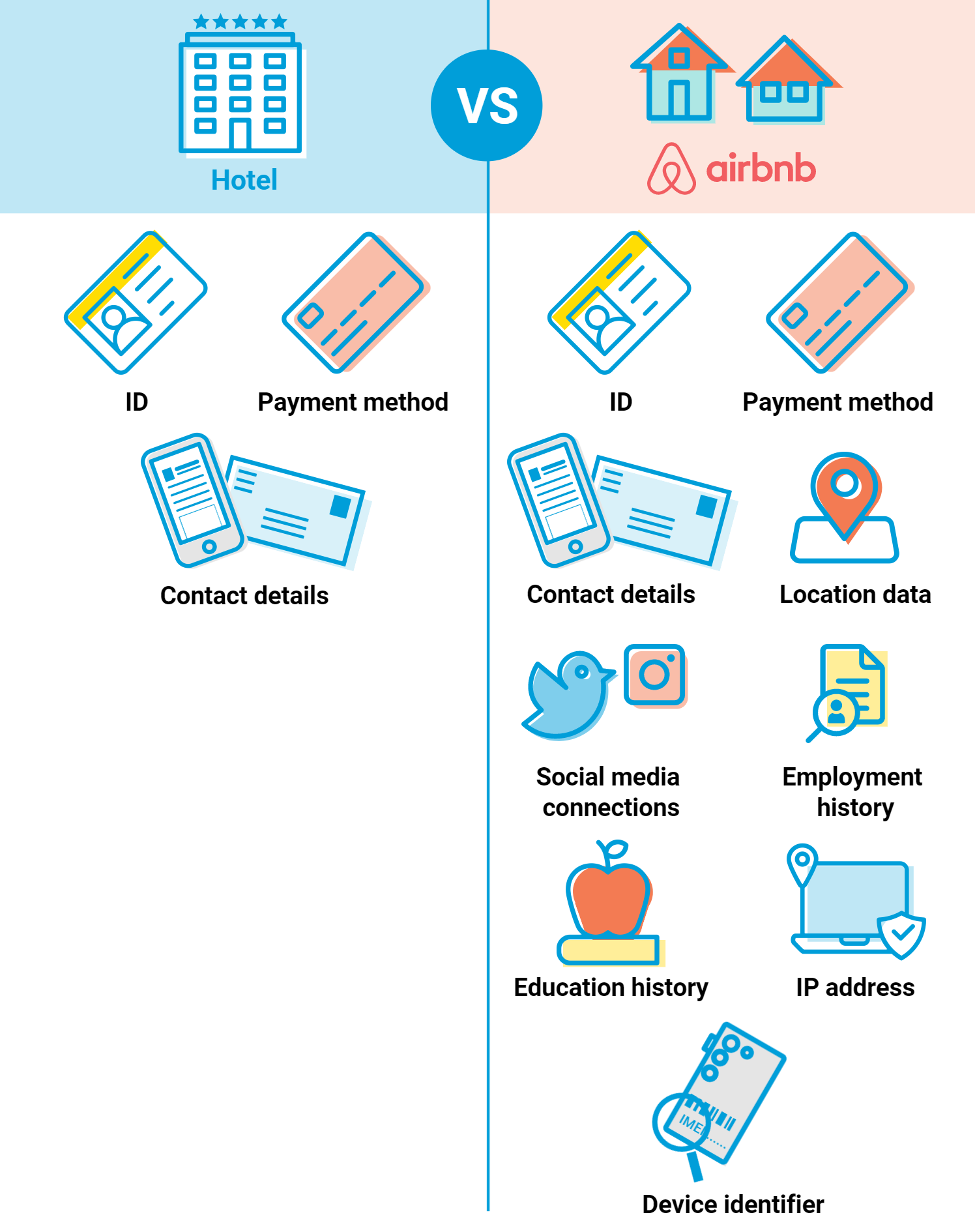 Choice has spoken to Australians who have been banned from Airbnb without good reason.

He said he had nothing but good reviews from the dozens of local and international holidays he's booked through the platform.

Airbnb sent him an email saying his account had been flagged during a "standard security review".

"I was outraged," said Rick "This is unbelievable, what have I done? Murdered someone?"

Another user, Renae Macheda, describes herself and her husband as "clean, boring people". She works in real estate and was baffled when she tried to book accommodation in Sydney in October – only to find herself banned from Airbnb and her account closed. The company gave her no reason for the ban.

Renae said she's never had a dispute with an Airbnb host and has had nothing but good reviews from her many holidays.

Airbnb’s algorithm gathers publicly and privately available data on users to give them a trustworthiness score.

The patented algorithm is claimed to assess people's personality traits, such as narcissism or conscientiousness, along with behavioural traits, such as use of drugs or alcohol or involvement in civil litigation and other behaviour, and combine them to create a holistic score that judges a person's trustworthiness.

Kate Bower, consumer data advocate at Choice, said: "Automated decision-making has the potential to make inaccurate or biased decisions and lead to discrimination and unfair practices … It is already widely used in credit reporting, insurance and financial services and we are likely to see it increasing in other sectors including housing, healthcare, retail and many others. It has great potential to improve services for consumers but it is also potentially harmful."

We reached out to Airbnb Australia and New Zealand, but they did not respond. However, Choice made contact with Airbnb Australia with a list of detailed questions about the way their algorithm is being used. The company's response was extremely vague.

Derek Nolan, Airbnb's Head of Public Policy, Australia and New Zealand said: "The safety, security and privacy of our community is one of our top priorities. Our platform security and safety measures are designed to help ensure stays are safe and positive experiences for Hosts, guests and the wider community – while also protecting users' information, including their personal information."

Bower says that this response isn't good enough and that Airbnb has a duty to inform customers how it's gathering and using their data.

If you’ve been denied an Airbnb rental or found yourself mysteriously kicked off the site, we want to hear from you! Contact: info@consumer.org.nz with ‘Airbnb’ in the subject line.