Niagara Healthcare, a company that sells massage products door-to-door, has been investigated by the Commerce Commission following a complaint we made in February.

Our complaint stemmed from a case involving an elderly woman who was sold a $13,000 massage chair by Niagara. The woman received a refund after her bank, BNZ, stepped in to help her cancel the sale. The bank intervened when it became aware the woman didn’t want the product and would have difficulty paying for it.

We laid a complaint with the commission because we were concerned Niagara had failed to give the woman accurate information about her legal rights to cancel the sale under the Fair Trading Act. The sales agreement used by the company referred to the Door to Door Sales Act 1967, which provided weaker protection for consumers and has been repealed.

As a result of its investigation, the commission issued Niagara with a compliance advice letter in June. The commission said it considered the company’s conduct gave rise to a possible breach of the Fair Trading Act.

It found the written disclosure provided by Niagara to customers between June 2014 and January 2015 did not contain the information required about the consumer’s legal rights. The law was changed in June 2014 to strengthen door-to-door selling rules. Niagara only amended its sales agreement to reflect the law changes in February.

The commission also advised Niagara to seek legal advice on complying with the law.

If you agree to buy a product from a door-to-door trader, you have five working days to cancel after you receive a copy of the sales agreement. The seller can’t enforce the agreement unless it’s in writing and informs you of your cancellation rights. You can cancel for any reason. The seller must refund any money you’ve paid.

Contact us for a free “Do Not Knock” sticker if you don’t want door-to-door sellers to call. We’re distributing the stickers as part of our campaign to fight back against door-to-door dealers. The stickers can be put on your letter box, front door or anywhere prominent to warn door-to-door traders not to knock. 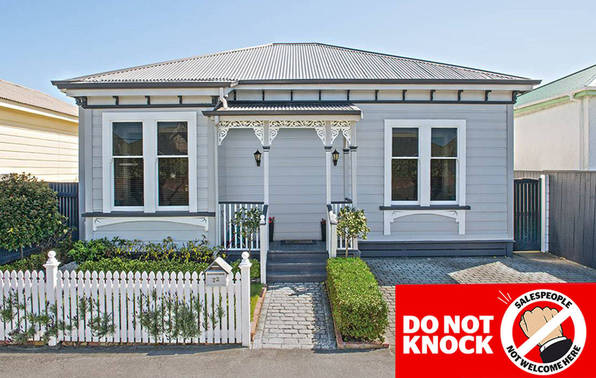