Gift cards may be a quick fix for the last-minute shopper. But unfair expiry dates mean they can be little more than a gift to the retailer.

When a card expires, the retailer keeps any remaining money. Of the 20 percent of gift card users who’ve been stuck with an expired card, our survey found more than half lost $20+. Ten percent lost more than $60.

Retailers are coy about revealing how much they earn from unredeemed cards. But company accounts reveal gift card income is typically calculated on the assumption a percentage of shoppers will never spend all the money on the card.

Few retailers publish actual figures on the proportion of cards not used before they expire. Of those that do, non-redemption rates are between five and 10 percent. Across a multi-million-dollar industry, that adds up to a tidy sum.

Retailers gain significant benefits from gift card sales. They get payment in advance. They also have the prospect of further sales when the card is used: retail sales data show customers who redeem gift cards often spend more than the value of the card.

But it’s hard to find a good reason why retailers need to impose expiry dates. Some companies, including hardware store Bunnings and menswear retailer Barkers, don’t.

Gift card expiry dates have been given the boot elsewhere. Most Canadian provinces have banned expiry dates. Gift cards in the US and Ireland are required to have an expiry date of at least five years.

In 2019, Australia also beefed up its laws, requiring gift cards to be valid for a minimum of three years.

But there are no rules here and we’ve found some companies that operate on both sides of the Tasman give Aussie customers longer to redeem gift cards than Kiwis.

Fair play? We don’t think so.

We wrote to 14 companies that trade both here and in Australia, asking them to offer Kiwi customers at least the same amount of time to redeem gift cards that Aussie consumers get.

Ticketek said it would offer customers 18 months – still a long way behind the 36 months the company’s Australian customers are given.

Four others agreed to at least review dates on their gift cards: David Jones, Event Cinemas, Freedom Furniture and Westfield. However, these reviews have not resulted in any changes.

OUR DATA are from an online survey of a nationally representative sample of 1029 New Zealanders aged 18 years and over. The margin of error is +/-3.06 percent. 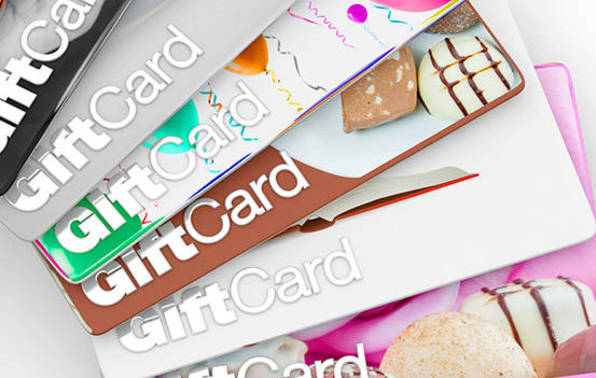 Stuck with a dud?

Been stuck with a gift card you can’t redeem? Let us know. Email shortchanged@consumer.org.nz.

Why do retailers put expiry dates on gift cards?

The main argument used by retailers is an expiry date makes it easier to account for gift cards on their balance sheets. But it’s not a strong argument. Some retailers don’t use expiry dates, showing they can be dropped without causing problems.

What should I do if I have a gift card that’s expired?

Ask the retailer to honour it. Some may offer a “grace period” but this isn’t usually advertised. Let us know the retailer’s response: email shortchanged@consumer.org.nz.

What happens if I lose a gift card?

While gift cards leave an electronic footprint and retailers are usually able to cancel them if they suspect misuse, terms and conditions often state the card won’t be replaced if it’s lost or stolen. Some companies say they’ll consider replacing a card if the customer’s able to provide the card number or a transaction receipt. But a fee normally applies to reissue a card.

What happens if the owner of the business changes?

Once a business changes hands, an unused gift card is usually worthless. The new owners are bound to honour it only if they’ve purchased the previous owner’s liabilities, which doesn’t happen often.

What if the retailer goes bust?

If you have a gift card for a shop that goes under before you can spend the money, you’ll have to register with the receiver as an “unsecured creditor”. If there’s any money left after the secured creditors have been paid, you could get something. But the chances are usually slim. When Dick Smith collapsed, gift cardholders were left with $334,578 in worthless cards.

If you bought a gift card using a credit card, you can ask your bank for a “chargeback” – a refund of the purchase price.

What should I check if I’m buying a gift card?

Ask what the expiry date is and whether there are any other conditions on the card’s use. Keep the receipt and include it with the gift card in case it’s needed as proof of purchase.

What are the alternatives to gift cards?