Is it a viable alternative to heavy, tangle- and kink-prone nylon garden hoses? 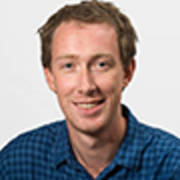 Continuing our run of being intrigued by infomercials, we shelled out for an As Seen On TV Big Boss X expandable hose ($79, also available at The Warehouse) to see if it’s a viable alternative to heavy, tangle- and kink-prone PVC garden hoses.

Its inner tube is made from dual-layer stretchy latex, surrounded by a webbed-polyester protective covering, giving it the appearance of a scrunchy hair tie. The idea is to avoid the hassle of wrestling a heavy nylon hose off its reel, as the X Hose weighs only 1.1kg and can be easily compressed to save space.

We plugged it in to the outdoor tap, turned it on to full blast and the hose quickly expanded to 22.8m, exceeding the claim on the box that it grows “up to 3x”.


We measured its flow rate and assessed the pressure, and found both were similar to a standard 12mm x 15m PVC garden hose.

Next, we repeatedly ran over it with a car while the hose was full of water, then pulled, twisted and scraped it through gravel. It came through with flying colours, even though the instructions recommend keeping the nylon covering away from rough surfaces. We also twisted and kinked it around a series of corners at angles up to 90°, and the hose maintained the same pressure and flow rate as when straight.

But the hose has a serious flaw: its plastic fittings. The flimsy construction of the ball valve on the nozzle-end and the tap fitting mean we don’t hold much hope of them making it through summer, though you can remove the included fittings and use your own. In addition, the nozzle on the first model we bought was completely non-functional, and while the replacement worked well we’re dubious that it will survive years of hard use in our test garden.

When we shut the water off, the hose took almost a minute to shrink back to its original length rather than “contracting back in just seconds” as claimed, and it was difficult to draw out the water remaining in the hose. This left us questioning whether the inner-tube’s expanding latex would continue to snap back after a summer of heavy use.

Overall, the hose performs as claimed and if you don’t mind potentially having to replace the flimsy fittings, we think it’s worth considering.

First Looks are written from the perspective of our product experts. Our lab-based tests offer truly objective product comparisons.

Left two of these hoses with our gardener - both had burst by the time we arrived home - WASTE OF MONEY - WOULD NEVER EVER BUY ANOTHER ONE NO MATTER HOW CHEAP THEY WERE.

We have 2 of these and love them, I just empty them and throw them in a bucket when I'm not using them. I think The Warehouse and Bunnings sell similar hoses but they are different names and quality. Ours are from Bunnings, a friend bought one from the warehouse and wasn't impressed with its performance. She returned it and bought a Bunnings one which she is very happy with. It would pay to check this out before purchasing I think.

We have had two of these and both have been rubbish. I am a bit of a fixit man so the first time the first one burst I took it apart and cut off the burst part of the inner hose and shortened the outer fabric covering and put it back together. It lasted a couple of weeks and the inner hose burst again. The same happened to the second one as well. Not worth 10% of the money we paid for them.

When new, they worked quite well. But within 2 - 3 months, all had failed with the outside material failing. They were used across concrete driveway in places, and they all burst in the area where the concrete rubs against the hose, so I put it down to them not handling concrete well - which is probably where most will be used.
Worth a try, but they all ended up in the bin. I bought a good quality kink-less hose, no issues for the last year.

The inner latex perished in one season!! I kept yhe out covering for tying up my bew hose....

Liz P.
3 hoses- all burst- not fit for purpose

We bought this hose with plastic fittings- hose burst second time we used it. Company replaced it- replacement burst about the fourth time we used it, replaced again- this time with metal fittings- after third time it burst- we sent it back and demanded our money back- they refused- we contacted Consumer who advised we take them to Disputes Tribunal- we informed them of our intent- we got a full refund. Great concept but the hose can't take the pressure- we always drained the hose of water after use, stored it in a bucket in the garage- yet it split when the hose was full and we used the selector to the OFF position We can't comment on the fabric outer or longevity of the fittings as we never had one long enough. We are using traditional hoses now.

There is a pro model that has aluminum brass fittings instead of plastic. Might help raise the quality.

Concept good - but issues with the connections and the hose ended up getting leaks quickly - despite stroking it out of sun.
Could not recommend it.

The plastic fittings didn't last long, but the biggest problem was that the hose burst after being left in the sun while full of water. I bought another one because I liked the concept - when the plastic fittings again broke at least I had some spare ones, but despite being more careful about leaving it in the sun, it eventually burst as well. So back to the standard hose...

L B.
covering wore out

the covering on the hose wore out in patches, and the inner tube swelled out like a hernia. I managed to sew up the cover in the many places it had burst, and it is still functioning, but it's life will be limited. Had been used on a concrete surface, and treated carefully, so very disappointing.