How to buy garden loppers and secateurs

The Consumer guide to buying garden loppers and secateurs.

Anvil or bypass? Do you need a pivot adjuster? Cut to the core of your gardening chores with our guide to buying garden loppers and secateurs.

These cut like an axe on to a cutting block. The blade is sharpened on both sides and when the secateurs are closed the blade meets a flat metal or plastic block (the anvil).

They are generally better at cutting hard, dry wood, and require less cutting effort. However, a jolt is felt at the end of each cut, they are not as easy to get into tight places (their lower blocks can get in the way), and it's difficult to cut side stems flush with the main stem. If anvil secateurs are not properly sharpened, stems may be bruised or crushed.

For most gardeners, bypass secateurs are the best all-round option. But a pair of anvil secateurs would be a useful addition, especially if you cut lots of hard woody stems. Professionals tend to use anvil secateurs for commercial orchard pruning. And because of their symmetrical side-to-side construction, anvil secateurs are much easier for left-handers to use.

These are the most common type of secateurs. They have a scissor-like action where the cutting blade slices past a curved, unsharpened, slim jaw (beak) that supports the plant. They can easily access tight spaces, and can cut branches off flush with the stem.

Bypass secateurs are more suited to live green stems and stalks. The cutting blade has a flat surface on one side that causes less damage to plant tissue than the curved side. The blade is usually on the right-hand side but some brands are also available in a left-handed version.

Bypass loppers use a thin cutting blade that sweeps past a heavier hooked blade and shears off the branch. They're like a giant pair of short-bladed scissors.

Some models feature a compound-cutting action, where either a double-pivot system or a geared mechanism increases the leverage of the handles. This reduces the force needed to make cuts.

Telescopic handles, when extended, increase the reach of the lopper – and reduce the cutting force you need. There's a downside: the loppers are heavier and bulkier.

If you're thinking of buying secateurs, here's what to consider.

To keep your secateurs in good condition:

Loppers are useful when you're cutting larger branches, or if you find secateurs too difficult. But remember the basics: 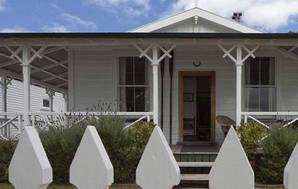 Check out more of our tests, articles, news and surveys in our Home, heating & renovation section.