Green cleaners no better than water

Manufacturers of laundry balls market them as an “environmentally friendly” cleaning option.

But a Consumer NZ test has found you’d be better off saving your money and just using water to do your laundry.

Four laundry balls and soap nuts were tested by Consumer NZ. A spectrophotometer was used to analyse how well each product removed some typical stains. The stains included everyday grime, grass and mud, chocolate ice cream, make-up and baby food.

Two of the laundry balls barely scored better than washing with plain water and the others didn’t score much better. None of the products came close when compared to Persil front-loader powder – a top-performing powder from Consumer NZ’s laundry detergents test carried out earlier this year.

When taking the manufacturers’ claimed number of washes into account, all the laundry balls and soap nuts had a lower cost per wash than the Persil powder. Two manufacturers claimed their balls could be used about 1000 times.

“You achieve similar results to laundry balls or soap nuts but it won’t cost you a cent,” Mr Smith said.

He said some claims for laundry balls were downright wacky.

For example, one website claims the Miracle II Laundry Ball is “eloptically energised” and “emits a strong negative-ion field and breaks up water molecules so they can reach further into fabric and clean better”.

Mr Smith said “if those claims don’t ring alarm bells, its price should. At $119 for a single ball, you’d expect it to work miracles but our test found it didn’t have any special dirt-removal powers.” 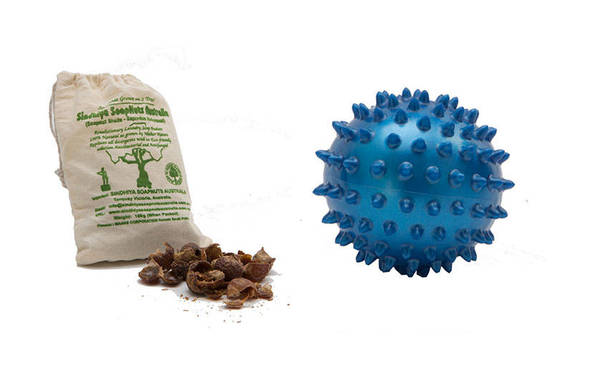 Our table shows how 4 laundry balls and some soap nuts performed on 10 types of common stains. We also did the test with a Consumer Recommended Persil laundry powder.