Everything streams these days. Movies, TV shows, music, it all comes to you through the internet. The days of going down to the video store will soon be a distant memory and you’ll annoy your grandchildren with “back in my day we had to rewind tapes”.

Here are your options when it comes to streaming video, music and sport. We also look at the benefits of media hubs and explain how to access geoblocked content.

There are a multitude of streaming media options available for New Zealand consumers. While we can’t get “everything”, we can get a whole lot of content.

Choosing a streaming music service is fairly simple as each service offers essentially the same content, so you can choose based more on price and how easy the app is to use.

TV and movie streaming services are harder to choose. Much of it comes down to what you want to watch and where you want to watch it. Right now, Netflix is the easiest service to watch on any device and offers the greatest amount of content. Check with each service to think about how you’d watch it. For example, Neon doesn’t stream in HD, so seeing that on your TV might look terrible.

It’s harder to get streaming sports services than it is for other types of media as licensing is more expensive and networks are less likely to share content.

While the services are different, there are similarities. They usually offer both live and on-demand matches. So if you miss a game, you can watch it later. Some even offer “condensed” versions with no ad breaks and other superfluous moments — timeouts for example — removed. The streams are generally in HD and most services allow you to stream through an Apple TV or Chromecast, meaning you can have friends around to watch the game on your TV.

Sky’s Fan Pass is the only streaming sport service offering rugby, netball and cricket in New Zealand and it is only live with no on-demand service. 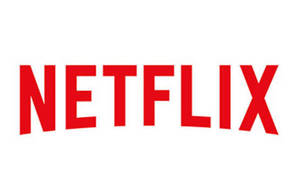 Only one service is worth getting if you’re after captions for the hearing impaired or audio descriptions for the blind: Netflix.

Only Netflix, regulated by American law that requires closed captioning, offers the service in New Zealand. Even the state broadcaster’s service, TVNZ OnDemand, doesn’t offer subtitles for the hearing impaired. Netflix is also the only streaming service to offer audio descriptions for the blind. This was first offered on the TV show Daredevil, which features a blind protagonist.

What happens when you’ve got a bunch of digital content and a TV with no physical way of connecting the two? Media hubs are the answer.

They’re essentially content-streaming devices. They stream content from online services, such as Netflix, but also from your mobile devices and computers, on to your TV. However, you’ll need a home WiFi network for them to work.

Sometimes you have content on your personal device — such as a phone, tablet or laptop — that you want to view on your TV. You could set up a media server on your laptop and then access it via your TV or you could add a device to your TV and stream directly to the big screen.

Apple TV and Chromecast are good examples of this, although they function in different ways. Both connect to your WiFi and act as an intermediary between your mobile devices and your TV.

Apple TV has its own OS and physical remote control; on screen you’ll see apps just like on your phone. These include Netflix and other services for streaming media directly. Using Apple’s Airplay system, you can “flick” videos, photos and music from your phone or tablet to the TV. It works well and is great for quickly sharing things with friends in the room. The biggest downside is it only works with Apple products.

Chromecast doesn’t have built-in apps, but works with dozens of apps. Essentially, it does the sharing part of Apple TV. So if you have Netflix running on your tablet or laptop you can send it to the Chromecast and watch on your TV screen. Chromecast works with both Android and Apple products.

For more on which streaming services work with Apple TV and Chromecast see Streaming Services.

Roku is similar to Apple TV in that it has its own eco-system of apps and has its own remote control. 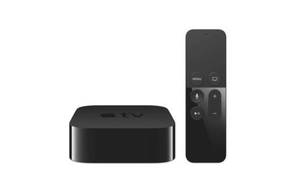 When tech writer Hadyn Green got his first Apple TV, it changed his viewing experience. Here’s what he thinks of it after spending some quality time in front of the screen.

There are many legal sites selling content, but not to New Zealanders. How can you access this treasure trove of TV and movies?

Under New Zealand law, you’re allowed to get around these “geoblocks” to access legal content. And that’s what we’re going to help you do here. Doing this is legal in New Zealand but it may breach the terms and conditions of the site you are streaming from.

Here are the steps you need to take:

1. Sign up for a VPN or Smart DNS service.

When you access sites on the internet, they “ask” your computer where it’s from. Smart DNS and VPN services can be used to change settings on your computers, tablets, phones and other devices, so they answer “USA” instead of “NZ”. Conveniently, most of these services let you choose which country for each site, so you don’t have to worry about missing out on TVNZ or TV3 OnDemand.

2. Add the VPN/DNS settings to your devices.

Each service has instructions on what to do for each device type. If you add the settings to your router, then they’ll work for any device on your WiFi network.

Most international sites require you to set up an account. For example, you can have a US iTunes account. Most sites use either an address or credit card to figure out if you’re a local.

If you’re asked for a postal address or zip code, you can often use the one provided by YouShop or other mail-forwarding service.

If you set up an international iTunes or Roku account, you can bypass the credit card too. For example, you could subscribe to Hulu through your Roku account and not need to have a US credit card.

To set up a US iTunes account without a US credit card, do not add a payment method during the set up process. Then purchase US iTunes gift cards (a number of websites sell them) to top up your account. This can be expensive due to exchange rates and fees.

Sometimes you may find yourself locked out and this may require an update of your VPN or DNS information.

Note that this technique will not work with Netflix, as Netflix has blocked all services that people were using to access it. However, Netflix uses international accounts. So if you have a New Zealand Netflix account and actually travel to the US (rather than using a service) you will see the US content.

The “traditional” media hub. It sits in your entertainment system, often has an internal hard drive, and streams media you already own from another source (such as a laptop or external hard drive). See “Stick” for info on the newer type of hub.

Stands for Digital Living Network Alliance. It’s a protocol to help simplify the process of sharing content in your home. It allows connected devices to “talk” to one another as seamlessly as possible over a wireless or wired network.

Stands for Domain Name System and is essentially a “phonebook” for turning website names (such as consumer.org.nz) into a unique “phone number” for a website (such as 8:8:8:8). Using these numbers websites can tell where your computer is located. So-called smart DNS services allow your computer to pretend it’s in another location.

A cable connection for your computer or network.

There are dozens of different media file types and not all devices can play all of them. The more file types supported by your media hub the better. This isn’t a big issue for streaming devices such the Roku, Chromecast or Apple TV, but it comes into play for devices that let you plug in a hard drive.

Apple’s movie store. You’ll need an Apple ID and account to use it. Once logged in you can rent or buy movies in HD. It’s strong on new releases and has a large selection of titles.

Stands for Local Area Network and means (in this case) the home network all your devices are connected to.

Content you’ve paid for, or that’s legally available for free.

A paid video-on-demand service based in the US. For a subscription you can watch as much as you like of its extremely large catalogue — but not that many new releases are available. Netflix also makes its own TV shows such as House of Cards, Arrested Development and Orange is the New Black.

A device that creates a home network (unlike a modem which connects you to the internet). For more information on wireless routers, see our test.

A newer type of media hub. It plugs directly into your TV and is best for streaming media from external sources. It also uses USB power, so if your TV has a USB port then you don’t need to plug the stick into the wall.

Transmitting content over a LAN or via the internet.

A “smart DNS” service. By using Unblock-US you can fool international sites into thinking you’re from the US, UK or any country that’s required for access.

There’s still a lot of physical media out there (Blu-rays, DVDs, CDs and vinyl). To play these you’ll need extra devices.

Game consoles still play discs and have streaming options as well. Most new Blu-ray players can connect to the internet and run some streaming services. Some are capable of playing 4K and HDR content

The most common form of physical media these days is the USB hard drive. These range from a full-size hard drive with thousands of GBs of data available, down to a thumb drive with 8GB of storage. We discuss more about storage options in Data storage.

The simplest way to use them is plugging them directly into your TV. Nearly all new Smart TVs can play media files directly through USB and most come with a function to record via USB to a hard drive. It’s literally plug-and-play for most hard drives.

There are some media files that TVs won’t play; while .MPEG and .MP4 files might work, file types like .MKV sometimes won’t. If a media file won’t play via USB, check the file type and then read your TV’s manual to discover if this is the problem. 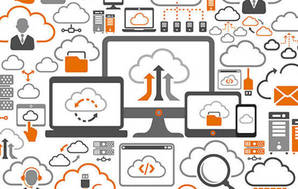