How long should your TV last?

Our latest reliability and satisfaction survey results show TVs remain very reliable – of 1774 bought new in the past three years, just 6% have needed repair or replacement. But how does that stack up with the life we expect from our goggleboxes?

Our latest reliability and satisfaction survey results show TVs remain very reliable – of 1774 bought new in the past three years, just 6% have needed repair or replacement. But how does that stack up with the life we expect from our goggleboxes? Here’s what our survey found.

Fewer than one in 10 TV buyers (9%) would be accepting of failure within five years. More than half (53%) demanded longer than eight years from their window to the world.

Sony owners had the highest expectations: 60% wanted at least eight years from their set. That’s not because Sony TVs are more expensive – the range of prices paid for Sony models was bang-on average.

Veon owners set their sights lower – a quarter thought three to five years of life was reasonable, and only a third set eight years as the minimum acceptable lifetime. Those expectations did reflect price paid. All but one Veon TV in our survey cost less than a grand, with six in 10 costing under $500.

What happens when a TV goes kaput? Most respondents expected their set would “definitely” (41%) or “probably” (37%) be repairable. Assuming a TV will be repaired means we expect longer life: the proportion of people who expected at least eight years jumps from half to three-quarters. Even Veon owners expected more after a repair – the proportion who would tolerate absolute failure in less than five years drops from 26 to just 5%.

More than a quarter of new TVs were replacements for models “broken or no longer supported”. But many working sets reached their use-by date because technology moved on (26% of respondents replaced TVs that “no longer did what they needed”), or because the buyer just wanted “something new or different” (33%). Significantly, many cheap TVs (under $1000) weren’t replacements at all – they were bought as an extra set.

The need to keep up with technology, or the desire for something different, might explain why so few expect to keep their new set until it physically wears out – just a third see their future selves handing over a dead TV to the e-waste recyclers.

Price paid for your TV 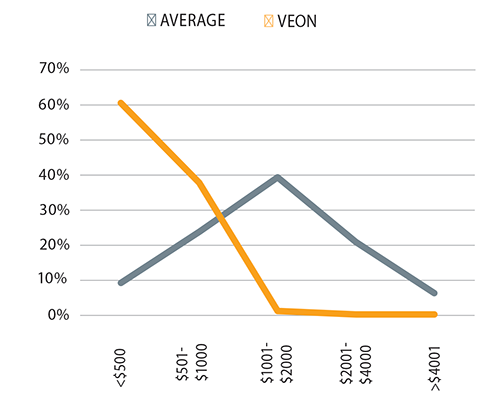 Eight-nine percent of TV owners in our survey expect to get at least six fault-free years from their TV and half want eight year or more. Only 9% would put up with five years or less. However, Veon owners, who generally paid less for their TV, will tolerate a shorter life: a quarter of them expect five years or less, and only a third expect eight years or more. 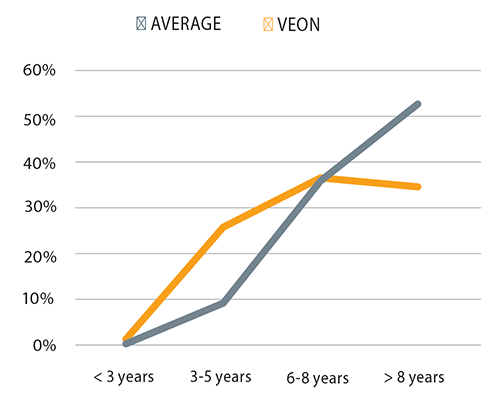 Should this TV be repairable? 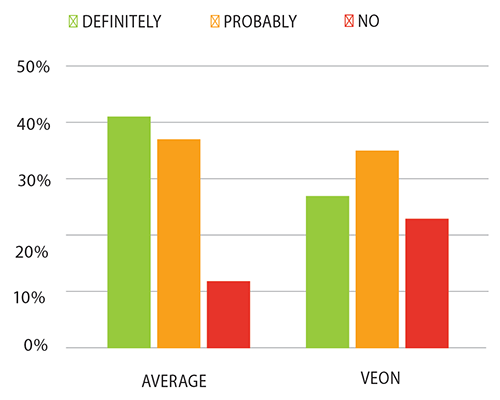