Insurance companies are keen to tell us they’ve got our back – they’ll be there when we need them most. But our latest customer satisfaction survey shows many insurers are delivering less-than-stellar service.

Respondents were most likely to think their car insurer was doing a decent job: 65% were very satisfied with the service they were getting. In contrast, just 36% of those with life cover were happy with their insurer. And if you bought your cover from a bank or broker, you were even less likely to be a satisfied customer.

Overall, 59% of respondents were very satisfied with their travel insurer. No company in this category stood out for above-average performance on our key satisfaction measures. However, two rated significantly below average.

Just 46% of respondents who bought cover from Air New Zealand were happy with the service they got. Cover-More (44%) also rated below average.

You’re more likely to get better service buying direct from an insurance company, rather than from your bank or a broker.

This difference was the most pronounced among respondents with life insurance policies (life cover is more likely to be bought through a broker).

Just 32% of those who used a broker to buy life insurance were happy with the service they got. In comparison, 47% of those who bought direct from the insurer were very satisfied.

Sales incentives and commissions paid to brokers are likely to play a big part in explaining this difference.

Insurance brokers typically work on commission. In the life insurance industry, these commissions can be as high as 200% of the premium. Bonuses for meeting sales targets and other incentives can also be paid.

Commission-based selling comes with the risk the adviser will put their interests ahead of the consumer’s. A review of the industry by the Financial Markets Authority (FMA) and Reserve Bank, published in January 2019, slated insurers for ignoring the conflicts created by commission selling.

The review also found “there was a serious lack of insurer oversight and responsibility” for sales and advice where life insurance was sold through a broker.

As a result of the review, insurers were required to report on what they were doing to clean up their act. However, significant changes have yet to be seen. In a follow-up review in September, Reserve Bank governor Adrian Orr described the industry’s response as “underwhelming”.

Of insurers that had reviewed their sales practices, significant problems were identified including overcharging premiums, underpaying benefits and poor value products being sold. At least 75,000 customers were affected, estimated to be out of pocket by $1.4 million.

Companies that haven’t yet provided reports to the FMA and Reserve Bank are required to do so in December 2019. The government is also promising to beef up regulation of the industry to force insurers to lift their game.

If you’ve got life insurance, review your cover. You may be paying more than you should for a policy that provides little value. If your insurer isn’t delivering good service, look for a company that will.

The People’s Choice endorsement is given to insurance companies that rate above average for customer satisfaction in our annual surveys and meet our other performance criteria. Learn more about our award here. 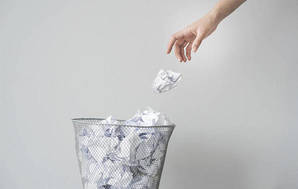 We’re campaigning to make the insurance market work better for consumers. We’re proposing simple changes to help ensure Kiwis get a fair deal. Find out more about our campaign here.