One particular victim impact statement stuck in Justice Venning’s mind when he sentenced Rodney Petricevic, Robert Roest and Peter Steigrad — 3 of the 5 former directors of failed finance company Bridgecorp — in 2012.

The statement was from an elderly couple who had saved money all their lives for retirement. Previously, the couple had only invested in banks. But in 2006, they decided to invest in Bridgecorp.

Bridgecorp’s main business was to raise money from investments and lend it to property developers. To attract investors, such as the couple, the company issued prospectuses and investment statements, which were meant to spell out the investment risks.

In December 2006, Bridgecorp issued offer documents stating the company was in a stable financial position and had “never missed an interest payment or, when due, a repayment of principal”. After considering the documents and seeking financial advice, the couple invested $250,000 — the better part of their life savings.

In reality, Bridgecorp suffered cash-flow problems from mid-2006. A month or so after the documents were issued, the company began missing principal and interest repayments to customers. Nevertheless, Bridgecorp continued distributing the same offer documents, claiming it had never missed a payment.

Investors were let down by virtually every aspect of the system.

In July 2007, Bridgecorp went belly-up, owing $459 million to 14,500 investors. Like the others, the couple lost their money. Instead of a comfortable retirement, they faced “the most depressing period of their lives”.

The company’s former directors were charged with a variety of offences, which broadly amounted to making false statements in offer documents. Most notably, Petricevic and Roest were sentenced to 6½ years’ imprisonment, but paroled after about 3 years.

Between May 2006 and October 2011, 45 finance companies in New Zealand failed. These collapses were the result of a flawed financial sector, which had also burnt mum and dad investors in the 1980s and 1990s. The parliamentary inquiry into the failed companies noted “investors were let down by virtually every aspect of the system”.

More than a decade has passed since the first companies collapsed. Is it safe to go back into the market?

Several regulators, including the Securities Commission, Ministry of Economic Development and NZX, had responsibility for patrolling the financial sector when Bridgecorp was in business. However, limited funding and ill-defined jurisdictions meant cases of misconduct fell through the gaps. For example, both the Commerce and Securities commissions had the authority to investigate misleading statements in offer documents, such as those issued by Bridgecorp, but neither agency grabbed the bull by the horns.

In May 2011, the Financial Markets Authority (FMA) was established. Unlike previous regulators, the FMA is chiefly responsible for monitoring and enforcing compliance with most financial markets laws. It’s the go-to regulator if financial products and services are advertised in a misleading way.

From July, the FMA will have greater funding than its predecessors. It already has more tools to tackle poor behaviour. It can issue stop orders to firms engaged in prohibited activities (without going to court) or lay criminal charges for serious misconduct. The FMA also has the power to stand in the shoes of investors and take civil action against a service provider.

Following the collapse of their finance companies, several directors were prosecuted for publishing inaccurate or incomplete offer documents. However, even accurate documents tended to be long and crammed with legalese. Financial risks were obscured and crucial details, such as fees, were not set out in a simple or comparable manner.

The Financial Markets Conduct Act was phased in between April and December 2014. Under the Act, investment documents must:

All statements must be logged on the government-run “Disclose Register” and reviewed by the FMA before they can be issued publicly.

Supervisors, such as trustees, monitor the performance of debt securities, superannuation schemes and other financial products on behalf of investors. One of the supervisor’s duties is to negotiate a trust deed (a set of rules) with the company issuing the products.

Supervisors have legal obligations to act in the best interests of consumers, and perform their role with care and diligence. Under the Financial Markets Supervisors Act, they must be licensed by the FMA, which requires them to report at least once every 6 months. Supervisors who fail to meet their obligations can be fined up to $600,000 and forced to compensate investors.

Likewise, individuals and firms that carry out major audits must be licensed and registered respectively. They are obligated to report serious issues, such as impending corporate collapse, to the company’s supervisor or the FMA. Auditors are subject to at least one quality review by the regulator every 4 years.

Too many investors received poor financial advice before the finance companies collapsed. The industry consisted of advisers with different levels of competency and ethics. Some were independent; others received undisclosed commissions and other incentives, which clouded their advice.

Since 2008, the financial advice industry has undergone multiple reforms. These have split advisers into different categories, introduced a compulsory registration regime and imposed disclosure requirements (in some circumstances).

Nevertheless, problems that dogged the industry before 2008 persist. For instance, authorised financial advisers are monitored and required to obtain formal qualifications, but registered financial advisers aren’t. Both types of advisers can earn commissions for pushing particular products, even if they’re not in the best interests of consumers.

In July 2016, the government approved another series of reforms. Among other changes, these will remove the current adviser categories, introduce an industry-wide code of conduct and simplify disclosure statements. However, the issue of commissions will remain.

Put simply, many finance service providers took advantage of investors, rather than looking after their money. Some finance company directors took excessive risks with investments; others deliberately overstated the performance of their companies. Tony Molloy QC, an adviser to the parliamentary inquiry, wrote: “Meaningful consideration of investor protection legislation is impossible without first identifying the culture of the New Zealand market that has treated investors as prey, rather than as fellow citizens engaged in an enterprise from which all might profit.”

The financial reforms are meant to clean up the sector so investors don’t lose their hard-earned savings to companies like Bridgecorp. Rules prohibiting misleading conduct are built-in to major pieces of financial legislation.

But the laws aren’t designed to guard investors against all risks (without which, there would be no returns). So before you put your money into a venture promising sky-high profits, make sure you carry out your own due diligence.


When dealing with licensed financial service providers, the FMA says you’re entitled to: 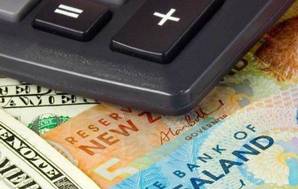