Each month, our experts answer members' questions. If you're a paying Consumer member and have an issue, you can contact our Consumer Advice Line for help.

At the beginning of last year, I bought a bichon poodle pup from a pet shop for $895. The puppy was tiny and I queried if it was a miniature poodle. I was told it was not. At home, I looked in the vaccination booklet that came with the puppy and in it was written bichon/poodle/FXT. I rang the pet shop and asked if the pup had fox terrier in it. I was told the word “FXT” was written by mistake and they were not fox terrier puppies. I asked if the shop could supply photos of the pup’s parents, but these never eventuated. When I walk the dog, many people comment that he does not look like a bichon poodle and I have to agree. He also sheds slightly, is overly energetic and digs! Traits I did not want. I would not give him back now, but I feel I paid too much for him. Is this purchase covered by the Consumer Guarantees Act? A MEMBER

WE SAY: The purchase of your dog is covered by the Consumer Guarantees Act and the Fair Trading Act. We suggest you get a second opinion to determine what breed your dog actually is – your vet may be able to point you to someone suitable.

If your dog includes fox terrier you would have rights to ask for compensation from the pet shop and take it to the Disputes Tribunal if it fails to acknowledge the problem. You’re entitled to claim the difference in value of the dog between what you thought you were getting, and what you have, the cost of the breed report and any extra costs incurred due to being sold the wrong dog. It will cost you $45 to lodge a Disputes Tribunal claim for less than $2000.

In November 2013, I bought an expensive Samsung television from an appliance retailer. For the first couple of years it was great, but then one day it didn’t turn on. I called the retailer. It denied any responsibility and referred me to the manufacturer. The manufacturer was great and replaced the LCD panel in the television promptly through its local service agent. Eighteen months later, there was another screen failure and another panel replacement by the manufacturer. And now I have a third substantial picture failure, with the television being taken away, once again, by the local agent for repair. There seems to be something fundamentally wrong with this television. Am I justified, at this stage, in going back to the retailer and saying “this television has failed the consumer guarantee of acceptable quality”? A MEMBER

WE SAY: After 3 substantial failures in less than four years, we think you’re justified in asking for either a replacement or full refund from the retailer. This television seems substantially unfit for purpose and you would not have bought it had you known how much time it would be away for repair. The television does not meet the consumer guarantee of acceptable quality and the retailer must take responsibility.

Update: The member has been offered a refund.

We spent more than $2000 on solid brass door handles in February this year. The handles were purchased from a hardware store and installed by our builder. Unfortunately, the knobs have proved to be almost impossible to turn to open the doors. The store sent one back to the supplier. It removed a spring but this barely improved the problem. It then suggested we get our builder back and take both springs out from all the handles as this “may”’ help. We don’t want to have to pay a builder to do this and feel the mechanism in the door handle is faulty. Meanwhile, we don’t close our doors because we can’t open them! What can we do? A MEMBER

WE SAY: Door handles that can’t be used to open a door are plainly not fit for purpose. Under the Consumer Guarantees Act, the retailer must put this right by providing a replacement of the same type and similar value or a full refund of your purchase price. In addition, you’re entitled to claim for the cost of removal of the faulty handles and installation of new ones. We suggest going back to the retailer and pointing out your rights.

I recently travelled to the United Kingdom. When I arrived in England, I purchased and used a United Kingdom SIM card. I travelled back home, via Sydney, arriving on 12 June. While in Sydney, waiting for my flight to New Zealand, I removed the UK SIM card and inserted my New Zealand one. I didn’t use my phone while in Sydney. Once home, I found messages dated 12 June saying I had “used 2Mb of roaming data today”, and a second saying “you’ve used 5Mb of roaming data today”. As I didn’t use my phone in Australia, how can I have used New Zealand roaming data in the United Kingdom while I was using a UK SIM card? A MEMBER

Hadyn Green, Consumer technology writer, says: In this case, the only way you can use roaming data is if you turned your phone on overseas while your New Zealand SIM card was in it (and with flight mode off). Even if you didn’t do anything on it, your phone will download updates in the background. As soon as your phone has internet access, your apps will go looking for the information they want (for example, Facebook will get any new notifications). This activity could easily use 5MB of data. In your case, it likely happened when you switched SIMs in Sydney.

To avoid this, before you leave New Zealand, go to your phone’s mobile data settings and turn off “mobile roaming data”. Then only turn it back on once you’ve got to your destination and have the appropriate overseas SIM card loaded. If you can’t turn off roaming, then activate flight mode or you can remove your SIM card entirely until you return to New Zealand.

I was shocked to find that the dry-powder extinguisher I’ve had in my kitchen for several years is unsuitable. This is because the most common fire in kitchens is a fat/oil fire. Using a dry powder extinguisher on this type of fire can make things worse. The big hardware stores don’t often make this clear. MIKE BOWN

The best option for extinguishing an oil fire is a wet chemical fire extinguisher (labelled with a light-brown band), which can also tackle wood, paper or plastic fires. However, they should never be used on electrical equipment.

To protect your home against the widest range of fire hazards, Fire and Emergency New Zealand recommends having an ABE dry powder extinguisher and a wet chemical extinguisher. Wet chemical extinguishers can be expensive ($200 for a 2.0L model) and aren’t available at major hardware stores. Fire blankets are available for as little as $20; it’s a good idea to have one in your kitchen to chuck on any stove-top fires.

Letters that get results

Do you need to put a complaint in writing? Use these draft letters as a guide. 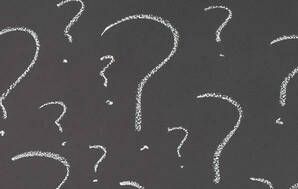