Got your new combo AA Smartfuel and Countdown Onecard in the post? What about your New World Clubcard? More to the point, have you worked out how to use them or decided to pass on the whole loyalty card game? We’ve looked into whether the game is worth playing.

In days gone by, loyalty schemes consisted of a battered “buy 5 pies, get the sixth one free” card. Now, retailers entice you with rewards points you can “earn” to spend on a new toaster, a flight to Hamilton or, if you’re lucky, somewhere more exotic.

But despite the effort put into marketing these schemes, shoppers appear to be losing the faith. Fewer than 10% of respondents in our latest retailer satisfaction survey ticked loyalty schemes as a main reason to shop at a store.

It may also be why New Zealand’s largest loyalty programmes have made major changes to their schemes over the past six months, she says.

On the surface at least, much appears to have changed in the world of loyalty cards.

Fly Buys and Air New Zealand Airpoints have gone their separate ways. You can no longer earn Airpoints through Fly Buys and the number of Fly Buys retail partners has shrunk.

Mitre 10 has split with Fly Buys to join the Airpoints scheme. Green Cross Health, which owns Life Pharmacy and Unichem, also left Fly Buys this year to focus on its own scheme, called Living Rewards.

Air New Zealand Airpoints, on the other hand, has increased the number of participating retailers where you can earn points. Twenty-nine new businesses have joined over the past 2 years, bringing the total to about 50.

Supermarkets have also revamped their offerings.

The New World Clubcard, previously only available in the South Island, expanded to the North Island in October. It offers access to in-store specials and the chance to collect Airpoints Dollars or Fly Buys points (which can also be converted to New World Dollars to spend in-store).

You have to choose whether you want to collect Fly Buys points or Airpoints Dollars when you sign up. You can’t collect both simultaneously, but you can change which you’re collecting.

Rival Countdown has partnered with AA Smartfuel. If you’re an AA member, your membership card comes pre-registered for both AA’s Smartfuel and Countdown’s Onecard programmes.

The Onecard gets you access to Countdown’s “club prices” and a 6¢ per litre discount when you spend $40 or more on fuel at BP or Caltex.

Based on your weekly spend at Countdown, you also get reward points that can be converted into Countdown shopping vouchers or extra Smartfuel discounts. You pick which type of reward you’re collecting when you register the card (you can switch later if you change your mind).

Despite the fanfare accompanying the revamped schemes, the rewards you earn and the rate at which you can earn them haven’t changed all that much. Big rewards still require a big spend.

That doesn’t always mean Airpoints is more rewarding when it comes to other purchases.

Both Airpoints and Fly Buys sell the same Bodum Columbia Coffee Maker in their online stores. The coffee maker costs 199 Airpoints Dollars and 1005 Fly Buys points. If you calculate the required spend to earn the coffee maker, based on acquiring points at New World, it would cost $25,125 with Fly Buys and $26,892 with Airpoints.

With the supermarkets’ schemes, even earning enough points for a $15 voucher doesn’t come cheap.

With Countdown’s Onecard, earning points for a $15 supermarket voucher requires a $2000 spend. At New World, you need to fork out even more: $2125 gets you enough points to convert into 15 “New World Dollars”.

Loyalty schemes point out customers can build up points faster by taking advantage of bonus offers and earning rewards at partner stores. On the flip side, to do this you need to be prepared to limit your choice of retailer.

Rewards may be a bonus if they come without effort. If, however, you’re spending more just to earn rewards or changing your shopping patterns rather than shopping by price, you’re likely to be losing out.

What’s in it for retailers?

Why are loyalty schemes so attractive to retailers? While they want customer loyalty – and shoppers potentially spending more than they normally would to receive “rewards” – it’s your personal information and shopping data that are the big drawcards.

In addition, some loyalty programmes’ terms and conditions mean you’ve given permission to receive targeted email, mail and phone advertising.

Fly Buys can place targeted advertisements through social media such as Facebook. The AA Smartfuel terms and conditions allow AA and other participating enterprises to send you commercial text messages, if you list a mobile number when you sign up.

Both the New World Clubcard and Countdown Onecard allow the companies to collect personal data, including your shopping history. It can then be used for targeted advertising, marketing and promotions, and conducting market research.

When you do the maths, many rewards just don’t seem that rewarding. 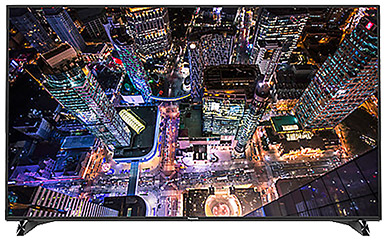 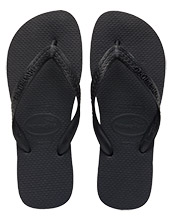 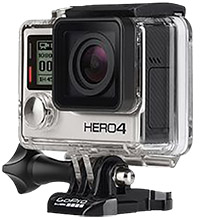 Farmers came in for flak earlier this year when it changed its Farmers Club reward system. In the past, you earned 1 point for every dollar spent in the beauty department and 1 point for every $10 spend elsewhere: 200 points got you a $20 voucher.

Now, you get 1 point for every dollar spent anywhere at Farmers but those points expire at the end of every 3-month period, rather than each year. If you reach 100 points, you gain access to seasonally changing discounts – great if you had already planned to purchase from that category, but not as flexible as a no-strings-attached voucher.

Alternatively, if you spend $200 on beauty and fragrances in six months you can get a $20 voucher. Although the deal applies to all fragrances, it only applies to 13 beauty brands.