71% of Kiwis want labelling to be mandatory.

We’ve been campaigning for country-of-origin labelling (CoOL) because we think consumers have the right to know where their food comes from.

It’s taken more than a decade but the first steps towards better country-of-origin labelling have been taken.

The Consumers’ Right to Know (Country of Origin of Food) Act was passed into law on 28 November 2018.

When will changes take effect?

The act requires the Minister of Commerce and Consumer Affairs to issue a consumer information standard setting country-of-origin labelling requirements.

The standard will apply to fresh produce six months after it’s issued and to frozen produce in 18 months.

The minister also has the power to extend the standard to require labelling of other produce – not just fruit, veges and meat. We’ll be pushing for that to happen!

Why we support labelling

Our 2017 survey with Horticulture New Zealand found 71% of New Zealanders want mandatory country-of-origin labelling for fruit and vegetables. Only 9% were opposed.

Country-of-origin labelling is already mandatory in many other countries. At least 50 countries, including Australia, the United Kingdom and the United States, have mandatory labelling requirements.

What are the current rules?

With the exception of wine, New Zealand law doesn’t require the country of origin of food and drinks to be disclosed to shoppers.

Why don’t we have CoOL?

In 2005, the government opted out of joining Australia in mandating CoOL under the Food Standards Code on the grounds it would be an impediment to trade. The government and some big export players in the dairy and meat industry argued a voluntary system was a better option.

Is the voluntary system effective?

Our latest survey shows the voluntary system isn’t working for consumers. Shoppers have a poor experience when they want to find out where their food comes from. A voluntary system also means there’s no independent monitoring or enforcement.

Will labelling increase costs to consumers?

Manufacturers claim they’ll need tracking systems and label changes will increase costs to consumers. But they should already have systems to track where their products come from. Manufacturers often change packaging for marketing promotions — and many countries they export to demand CoOL — so we don’t buy the cost argument.

We believe consumers have a right to know where their food comes from so they can make informed choices. Our survey shows many consumers want to buy local produce. Some also want to reduce the food miles on the food they eat and avoid certain countries for ethical reasons such as workers’ rights. 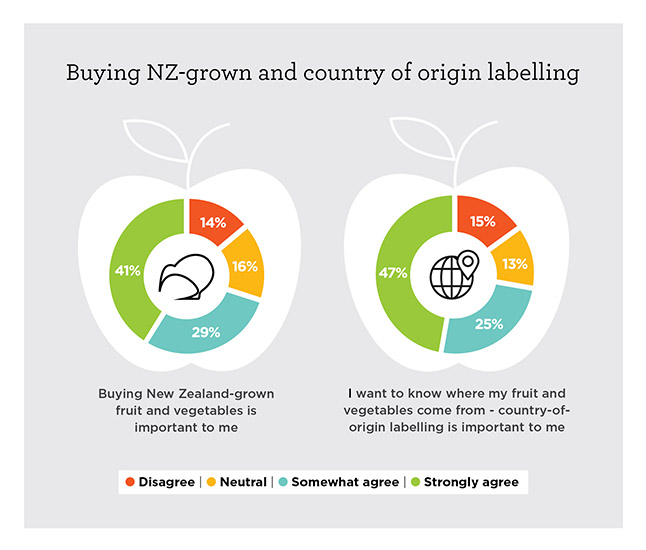 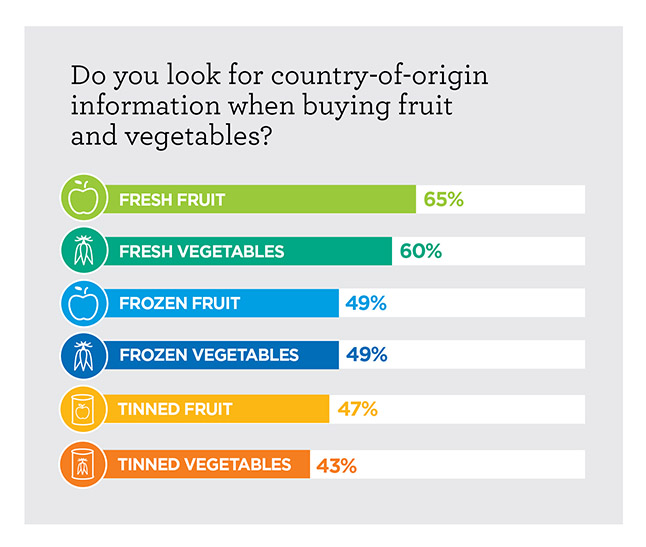 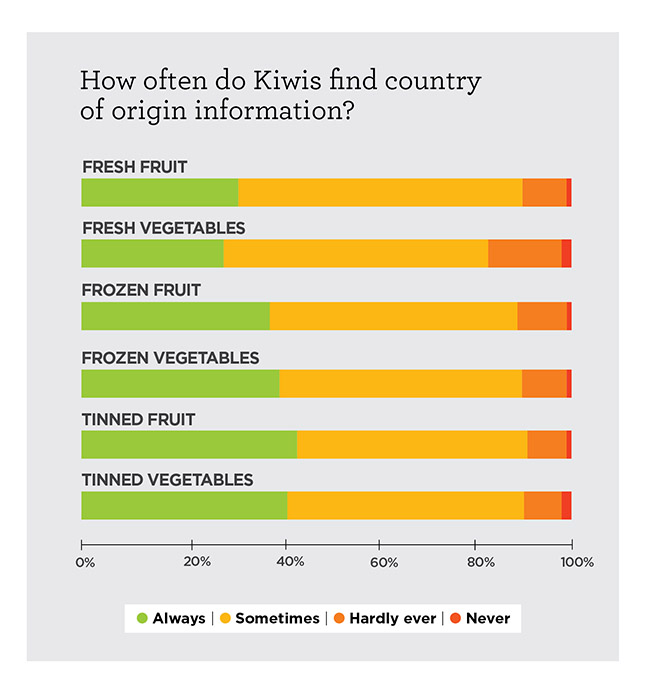 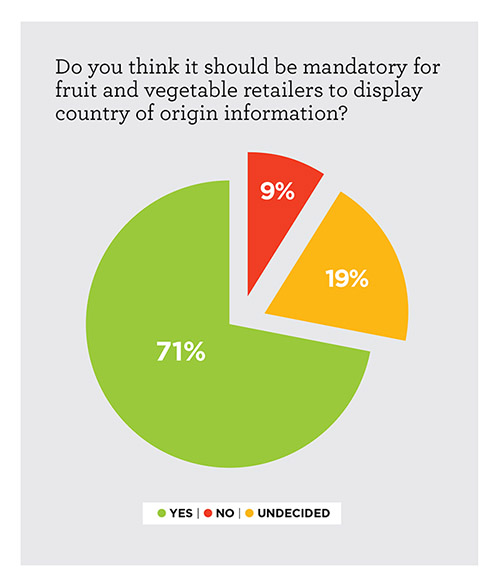 Seven out of 10 Kiwis think it should be mandatory for fruit and vegetable retailers to display country of origin information. Regular buyers of fresh fruit and veges are more likely to share this opinion.

GUIDE TO THE GRAPHS OUR DATA are from a nationally representative survey of 1066 New Zealanders, aged 18 years and older, and carried out online in February 2017. Figures may add to +/- 100% due to rounding. The margin of error is +/- 3.0%.