We look at the cover provided by EQC and insurance companies in the event of a natural disaster. Find out what's covered, what's excluded, and the specific cover available for landlords and tenants.

The cost to insurers of the two Christchurch earthquakes will make them this country’s largest insurance events. Private insurers don’t pick up the total bill because a government agency called the Earthquake Commission (EQC) pays the first part of any claim caused by an earthquake or natural disaster.

The EQC insures domestic houses (including flats and holiday homes), personal belongings and the land houses are built on against damage from earthquakes, natural landslips, volcanic eruption, hydrothermal activity, tsunamis and any storms or floods or fire caused by these.

Your private insurance policy will have to cover the cost of damage above these caps.

What doesn’t EQC cover? Commercial and business premises are excluded. It also doesn’t provide cover for temporary accommodation for your family and pets, loss of rent if your rental home is not safe for your tenants to live in, and certain personal belongings including those used for business purposes. Some of the belongings not covered by EQC include motor vehicles, trailers, boats, jewellery, art, securities and documents.

This is when you need to look to your insurer. Most companies cover these belongings in their policies, but insuring business equipment usually requires a separate policy or buying an additional benefit on your existing house and contents policy.

Most of the insurance policies we looked at offer cover for temporary accommodation for both you and your pets and include storage and moving your contents.

The Queensland flood victims discovered the hard way to check the fine print in their insurance policies.

According to the Insurance Council of Australia floods come under 3 common definitions: flash flooding or storm-water damage, riverine flooding caused by overflowing rivers, and actions of the sea. Several insurance companies didn’t cover flooding from rivers in their standard policies. So many Queenslanders were either not covered, or left waiting a month for a definition of the flood type. Companies were also not prepared to offer flood protection in areas that had been subject to floods.

We checked with local insurers about flood cover. IAG New Zealand, which underwrites a number of policies in our house and contents insurance survey, said “flood cover is usually provided under cover related to natural disasters – but excesses or restrictions may be applied depending on risk factors, such as living in a flood zone.”

Tip: Check your policy carefully to see whether there are any restrictions because of the risks from flooding or other known natural disasters in your area.

There have been complaints from people in earthquake-damaged homes about being charged full insurance premiums. Insurers told us people must continue paying their premiums because their policy covers not just the house but also damage to sheds, garages, retaining walls, and fences. It also covers any future liability such as your fence falling into your neighbour’s property some months after an earthquake and damaging their deck.

Several companies have responded to this issue by reducing their premiums for customers with damaged homes (excluding the EQC and fire service levies). IAG is one insurer that’s offering a 25 to 50 percent discount depending on whether you can live in the damaged house or not. Westpac is offering a 75 percent discount. Tower offers customers the option of cancelling their insurance and paying no further premiums if their house is earmarked for demolition.

Check with your insurer about whether they’re offering a discount if your house has been substantially damaged by the earthquakes.

However, if you purchase a house which is insured by a particular company, the company may continue the cover for the new owners. A spokesperson for ASB (whose insurance policies are underwritten by IAG) said "the availability of new cover will depend on whether or not the property for which cover is being sought is damaged, where the property is located, and whether the house and contents are already insured by IAG."

Restricted areas vary by company – AMI, for example, includes Canterbury, South Canterbury and the West Coast in its restricted zone, while Tower's only extends as far as Ashburton and Cheviot. Insurers are constantly monitoring what’s going on and may change their definition of a restricted area at any time. 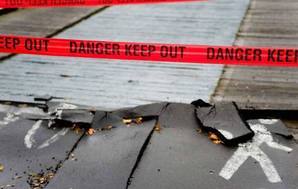 Our members have had mixed experiences dealing with EQC and insurance companies over claims from the first Christchurch earthquake.

EQC cover to be rebuilt