Households cutting back on heating

Nova Energy and Powershop customers the most satisfied.

More than a third of Kiwis have cut back on home heating, blaming the price of power, Consumer NZ’s latest energy satisfaction survey has found.

Consumer NZ chief executive Sue Chetwin said 38 percent of survey respondents felt their home wasn’t as warm as they’d like because they had to restrict how much power they used.

Sixty-two percent of respondents said they were concerned about their household’s energy costs.

The survey also found consumers living in rental accommodation were more likely to be keeping an eye on costs.

Forty-four percent of renters said they’d cut back on heating because of the cost compared with 33 percent of homeowners. Renters were also more likely to feel their home was hard to heat in winter.

Overall, 46 percent of survey respondents were very satisfied with their power company. However, companies seen as less likely to offer competitive prices and value for money typically scored lower marks.

“Less than half of those with Genesis Energy, the largest electricity retailer, felt they were getting good value. Just 36 percent were very satisfied overall,” Ms Chetwin said.

Nova Energy (72 percent) and Powershop (71 percent) had the highest percentage of satisfied customers. Both retailers also rated above average for customer support.

Regardless of retailer, the majority of respondents (72 percent) thought their power company could boost its customer satisfaction ratings by lowering prices. Low earners, with income below $40,000, were more likely (81 percent) to want a price drop. 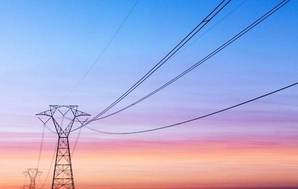 How much are others paying for their power each month? What are people saying they want their provider to do differently?