Results of our telco survey revealed

In an industry that’s all about telecommunications, Consumer NZ members find it hard to get the big players to answer the phone.

More than 8600 Consumer members participated in the survey, rating their internet and mobile service providers. Respondents who felt their telcos were easy to contact were more likely to be satisfied customers. The two biggest players Vodafone and Spark trailed the field.

Overall, prepay mobile customers were more likely to be very satisfied with their value for money (48 percent) than those on fixed-term post-pay plans (29 percent).

Of the 12 internet providers surveyed, Spark and Vodafone rated lower than average on key performance measures including value for money and ease of contacting.

Thirty-seven percent said they were very likely to move to an ultra-fast broadband plan – 17 percent had already made the switch. For 57 percent of them, the switch had been smooth. For the others, the biggest complaint was time frames for installation not being met. One member said: “We’ve been given five connection dates but not once has anyone turned up to actually do the install nor have we been contacted about why.” 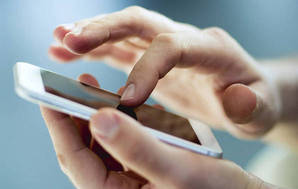 Find out how our members rated each provider.

Telcos cause most complaints