The government wants the number of electric vehicles to double every year to 64,000 by 2021.

In five years, two percent of the cars on New Zealand roads will be electric. That’s the goal announced by Minister of Transport Simon Bridges last week. The government wants the number of electric vehicles (EVs) to double every year to 64,000 by 2021.

EV technology is maturing quickly. In the past few years, more models have become available (at least overseas) and they are starting to become more affordable. We can buy plug-in battery-only electric vehicles (BEVs) that run for more than 100km on a charge, or plug-in hybrid electric vehicles (PHEVs), which use a battery for the first 30 to 50km then switch to a conventional engine to extend the range much further.

EVs are a no-brainer when it comes to improving the carbon footprint of our vehicle fleet. Petrol and diesel transport currently produces about 20 percent of our greenhouse gas emissions. EVs have zero tailpipe emissions, so there’s no localised pollution.

With 80 percent of our electricity generated by low-carbon hydro, wind and geothermal sources, charging an EV overnight when electricity demand is low is a green option. Unless you plan on riding the bus, walking or cycling everywhere, driving an EV in New Zealand instead of a petrol or diesel car gets the biggest eco bang for your buck.

A package of measures announced

The government’s goal is welcome but the package of measures to support it falls a bit flat.

First, there’s a cash incentive, but it’s nothing new. EVs will be exempt from Road User Charges (RUC) until they comprise two percent of the vehicle fleet (the 2021 target). That would save the average motorist about $600 annually. But EVs are already exempt from RUCs, which was to be reviewed in 2020. So really, the announcement is a change to the review criteria and a potential extension of the existing exemption.

EV owners will also be allowed to drive in bus and car-share lanes. That could save a few minutes on a commute. But it’s not exactly a deal-breaker to promote an EV purchase, it’s more like the glazing on the cherry on the icing on the cake. There will be implications for bus services too — more traffic in bus lanes certainly won’t help buses run promptly.

The government also announced $1 million each year for five years to promote EVs, plus some incentives aimed at business including: a contestable fund of up to $6 million annually to encourage and support innovative low-emission vehicle projects, a review of tax depreciation and fringe-benefit tax rates, an intent to investigate bulk purchase of EVs for government and private sector fleets, and the establishment of an EV leadership group.

Finally, there was recognition that government agencies should co-ordinate their activities to support the development and roll-out of public EV charging infrastructure.

The impact on consumers

How do these measures encourage New Zealand consumers to choose an EV instead of a petrol or diesel car? The thinking is that if businesses buy or lease EVs for their fleets, then benefits will trickle down to consumers. More business fleet demand for EVs will encourage more to be imported — meaning more choice and lower prices for all buyers. Also, more EVs in fleets would create demand for more charging facilities, which would reduce one of the barriers to driving an EV. But there are no guarantees. The government will gently poke and prod a little, but the market will ultimately decide whether EVs take-off.

Even the most green-leaning Kiwi consumer wanting to switch to an EV has a hard time justifying the decision. For a start, the choice of EV here is very limited. And all of the EVs on the New Zealand market are significantly more expensive than the equivalent petrol car. An EV might be cheap to run, with no RUC and an equivalent fuel cost of about 30¢ per litre, but with limited choice and an expensive purchase cost buying an EV is a decision taken on conscience and values, not economics.

Then there’s charging. Access to a driveway or garage at home makes overnight charging simple — 85% of New Zealand homes have off-street parking. However, any time you can’t plug in at home or at work, you’ll have to rely on our public charging network to keep you moving. The PlugShare app shows more than 360 public charging points in New Zealand, but they aren’t always easy to access or guaranteed to be available. Fewer than 30 of those are fast chargers, so it’s likely you’ll be waiting for hours before you get going again.

In some respects, Norway is similar to New Zealand. It has a population of about five million, generates power from hydro sources and has a similar power-demand spike on winter days. So encouraging EVs in Norway has a similar low-carbon incentive.

But when it comes to EVs, Norway is streets ahead of us. The Norwegian government set a target of 50,000 EVs by 2018 and backed that up with a package of direct incentives: exemptions from tax and GST on EV purchases, exemption from road tolls and free city parking. It allows EVs to drive in bus lanes. It also invested heavily, alongside local government and private companies, to create a free public charging network and established a database of charging stations, capable of real-time availability updates.

The incentives worked. The goal was reached in April 2015, almost three years early. By April 2016, Norway had registered more than 100,000 EVs — in 2015 alone almost 40,000 were registered with a new car market share over 20%. Not everyone is happy though. The fiscal incentives have been criticised as unbalanced compared with the value of a reduced carbon footprint: the subsidies are too high for the reductions achieved. Also the fast growth of EVs has been partly attributed to Norwegians switching from public transport to using an EV as a second car — which wasn’t the desired outcome. From 2018, the Norwegian government is phasing out the incentives. But the goal has been achieved: in five years, Norway established an EV market and a reliable fast-charging network.

When Nissan NZ stopped importing the Leaf earlier this year, managing director John Manley said it was unable to provide an EV at the right price with features that suited the New Zealand market. It was a commercial decision, “not based on any action, or perceived lack of action, by the government”.

The Norwegian experience demonstrates the goal of EVs capturing two percent of the vehicle fleet by 2021 is achievable, but it needs real incentives to make it happen. This government isn’t one for direct incentives, it likes to let the market decide what’s best. So it is highly unlikely to follow Norway’s lead.

Mr Bridges said “what we’ve come up with together is a strong package of measures that is ambitious and has real substance”. Unfortunately, while our growth target for EVs is similar, the only incentive our package has in common with Norway’s is being allowed to drive in a bus lane. It is difficult to see how the EV goal for New Zealand will be achieved with just the support and promotion measures announced last week.

So what could our government do? I don’t claim to have the answer. But one method, without offering direct incentives to make buying an EV less expensive, could be to invest in a public charging network. Support could be offered as funding to councils. That would clearly signal to the public, business and the car industry there is a future for EVs here. It would remove one of the main barriers to EV use in New Zealand. Let the market decide, but give it a good kick-start to help.

Let’s not forget, the fossil fuel-powered car has received billions of dollars of incentives and support from governments over the last century. We wouldn’t be the first to encourage the adoption of new technology for the greater good and we can learn from the successes and failures of other countries, such as Norway. Isn’t it time to right some of the environmental wrongs of previous road transport investments and start our own EV revolution? While encouraging a few more electric cars won’t meet our carbon reduction commitments, we can hope it’ll herald the start of a comprehensive government strategy on climate change.

Paul Smith manages Consumer’s product test programme. He has spent most of his career pushing user-focused quality into the design and manufacture of cars in the UK, and educating design engineers of the future in New Zealand. Paul wants Consumer’s independent tests to empower people to make informed purchase decisions. He’ll only be satisfied when he rids the world (or at least New Zealand) of underperforming, poorly designed products. Paul’s favourite items are his steel fixed-wheel bicycle and Dieter Rams-designed Braun travel clock. 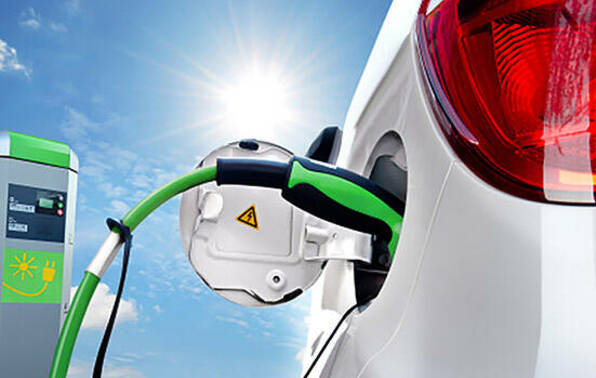