LEDs use up to 80% less energy for the same amount of light.

Incandescent light bulbs are virtually unchanged from the carbon-filament lamp patented by Edison in 1880. They still convert less than five percent of the energy they use into light, with the rest wasted as heat, and only last about 1000 hours. Compare that to the latest LEDs, which use up to 80 percent less energy to produce the same amount of light, while lasting more than 15 times as long.

We believe energy-efficient lighting technology has advanced to the point where New Zealand should follow the lead of Australia, the European Union and a host of other countries, and phase out incandescent bulbs. When the Labour Government mooted it in 2007, it was dubbed “light bulb socialism” by some and proved unpopular with many consumers – for good reason. The trouble was the dominant energy-efficient option available were CFLs. Many early models were unreliable and struggled to match the brightness and light quality of incandescents. LEDs were not widespread and prohibitively expensive.

However, the development of energy-efficient lighting has continued apace. Now affordable LEDs are widely available, without consumers having to make compromises on brightness and colour quality. In addition, LEDs don’t have the health risks associated with mercury-containing CFLs.

When mid-range LED bulbs are compared to standard incandescents, the potential savings are compelling. An LED with the same brightness as a 60 watt incandescent costs about $22 and has an expected lifespan of 15,000 hours. The equivalent 60 watt incandescent bulb costs 50 cents but lasts for only 1000 hours. If the light is on for three hours each day the incandescent will use $17 worth of electricity in a year, compared to $2.70 for the LED. That’s a saving of more than $14 each year for a single bulb. The LED will have paid for itself in a little over a year. It will then keep going for another 12 years, while the incandescent will need to be replaced every year.

In addition, the LED produces the same warm, yellow-ish light of the incandescent bulb, making it great for bringing out warm colours in living areas. LEDs also reach their full brightness instantly, and there are models available which are compatible with dimmer switches.

The upfront cost of LEDs can be a shock if you’re replacing multiple bulbs at once. The good news, though, is ever-increasing demand and reduced production costs means the price of domestic LEDs continues to fall. For example, in our 2013 test the average price of a general service LED bulb was $35, but this had fallen to $22 when we conducted our latest lighting survey in March this year, with a 75W-equivalent LED available for $10.

There are also huge potential benefits for the environment if we part ways with incandescents. Lighting makes up eight percent of household energy use. Dark winter evenings, when we turn on more lights for longer, are also when our energy use reaches its peak. We rely on non-renewable fossil fuel-based generation to meet these surges in demand. A switch to energy-efficient lighting could significantly reduce reliance on fossil-fuels for power generation.

The phase-out should start with the most inefficient incandescents, with exceptions for specialist bulbs, and must be accompanied with a public education campaign. Also, it’s essential our most vulnerable consumers, such as pensioners and Community Services Card holders, are offered concessions to buy energy-efficient lights.

So let’s cut our power bills and reduce our dependence on unsustainable electricity generation by switching off incandescent bulbs.

George Block writes about energy, heating and DIY. He trained as an electrical engineer and worked on infrastructure development projects in Asia before returning to New Zealand to take up the role of technical writer for Consumer. He is especially interested in sustainable electricity generation and helping consumers make informed choices about energy. Outside of work he enjoys reading and cricket. 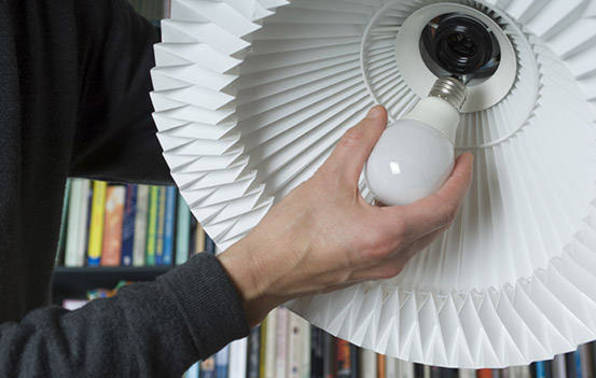 LEDs are a viable option for almost every lighting task. Our research will help you find the right bulbs for you.