If you’re planning to take out a loan, you may get a tougher grilling from your lender than in the past. It’s not nosiness on the creditor’s part – lenders are now required by law to ask much more detailed questions before giving credit.

The changes aim to prevent consumers being locked into loans they can’t afford and may have little hope of repaying. They’re also designed to stamp out ads for “easy credit” that target low-income consumers and vulnerable borrowers unable to obtain finance from banks.

Budgeting services and other consumer advocates are waiting to see whether the new laws, which take effect on 6 June, will stamp out these exploitative practices.

The changes stem from an overhaul of the main law governing lending to consumers – the Credit Contracts and Consumer Finance Act. The revised Act introduces lender responsibility principles. It also introduces, for the first time, a Responsible Lending Code.

Commerce and Consumer Affairs Minister Paul Goldsmith believes most creditors already follow responsible lending practices but some – such as loan sharks – do not. He says the changes give consumers access to better information and increased protection from lenders who engage in predatory practices.

All creditors – from big banks to pay-day lenders – are covered by the new rules and must comply with the Act’s responsible lending principles.

The Responsible Lending Code describes how these obligations are expected to work in practice. The code itself isn’t binding. Lenders will be able to point to compliance with the code as evidence they’ve complied with the Act. But it will be weighed against other evidence in any prosecution.

Advertising is one area where consumers should expect to see changes in behaviour.

Under the Act, advertising must be responsible. The code puts lenders on notice their ads shouldn’t imply borrowers will be able to get a loan regardless of their circumstances.

Kate Lane, partner at law firm Minter Ellison Rudd Watts, says this means creditors shouldn’t use terms such as “no credit checks”, “instant approval” and similar statements in their advertising.

Phrases like “bankrupt – OK” and “bad credit history – OK”, which imply loans will be available despite existing debts, are also on the no-go list.

The cost of credit is expected to be clear in advertising. The code says annual interest rates should be displayed at least as prominently as daily or weekly charges. If an ad describes a loan as “interest free” but an establishment fee is charged, the amount of the fee should be disclosed.

Ads for high-cost credit – where the annual interest rate is 50 percent or greater – should include a prominent warning about the risk of these loans and say they’re suitable only for short-term borrowing.

Lenders are also expected to state the total amount payable under the loan if they’re referring to the cost to pay weekly, fortnightly or at other intervals. If cheaper interest rates are offered for a limited time, details of what the rates will be after the promotion should be listed.

Regardless of how they attract customers, all creditors are obliged to make “reasonable inquiries” into a borrower's financial circumstances and be satisfied the loan is appropriate.

This includes investigating the time frame for the loan, the amount, the purpose and whether particular product features are required. The scope and method of inquiries considered reasonable vary depending on the circumstances. Lenders can obtain information directly from the borrower, examine material already held about the consumer, or make inquiries with third parties.

Creditors must assess if borrowers can meet repayments without substantial hardship. According to the code, this means consumers can repay loans while also paying for necessities such as accommodation, food, utilities, transport and medical expenses, and meeting other financial commitments such as repayments on existing debts.

Creditors are also obliged to help potential borrowers make “informed decisions” about taking out loans and ensure they are reasonably aware of the implications of agreements.

Greater assistance is expected to be given to borrowers when there is a higher risk they will not be able to comply with the agreement, or when the default interest and fees are high relative to the loan amount.

Lenders who reasonably suspect borrowers don’t have a good understanding of English should provide, or refer consumers to, alternative methods of obtaining information.

Whether credit is provided online or in person doesn’t affect the extent of the inquiries or the amount of assistance given.

The Commerce Commission is in charge of enforcing the responsible lending principles.

Commissioner Anna Rawlings says “lenders who follow the Act and have proper regard to the code and the interests of consumers shouldn’t require our attention and that will enable us to focus our resources on more unscrupulous lenders who cause significant harm in vulnerable communities”.

Ms Rawlings says the code guides businesses on their obligations but it’s not “an exhaustive statement of what a lender should or should not do in order to be a responsible lender. It’s worth reminding lenders that the court will look at all the facts of each case when deciding whether they have complied with the lender responsibility principles in the Act”.

New Zealand Federation of Family Budgeting Services chief executive Raewyn Fox says the most crucial aspect of a loan is the decision to sign up. If that choice is not right, then other consumer protections are ineffective. She views as critical the new obligations on lenders to check whether loans meet borrowers’ requirements and can be repaid without substantial hardship.

Ms Fox, who was a member of the advisory group that helped develop the code, believes the rules strike the right balance between flexibility and tight prescription. If provisions were too strict, she says this would have increased costs to consumers. “As far as we’re concerned, the proof of the pudding is in the eating. We need cases to see where the decisions lie on tolerance.” She expects it will be a couple of years before the impact of the code becomes clear.

Minister Goldsmith says he will be closely monitoring how well the code is achieving its consumer protection objectives. 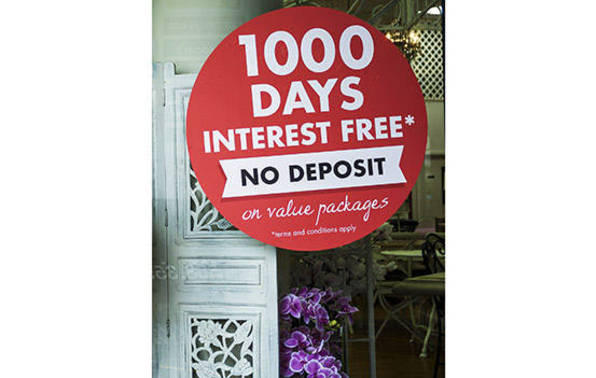 In addition to new responsible lending rules, other changes to the Credit Contracts and Consumer Finance Act take effect on 6 June. The most important are:

Hi, I am wanting to take out a personal loan to buy a Caravan. Could you suggest a safe company I could do this with that has the lowest interest rate please
thank you
Whiona Pipi

Credit reports: what you need to know