The evolution of personal transport

Tech writer Hadyn Green looks at the unexpected players getting into the personal transport market, and what that means for consumers.

On my regular route to IFA every morning I pass dozens of scooters and bikes, waiting to be hired through a myriad of apps. While New Zealand is a fledgling market, in Berlin, bikes and scooters are everywhere, with their own lanes on and off the road.

One particular bike caught my eye, it was next to an official stand, and branded with Deezer, the music streaming service. Turns out it’s a collaboration with nextbike, a bike-share company. They weren’t the only companies getting into the personal transport space.

It seemed every second booth at IFA was showing off an e-scooter or e-bike. Many of them were companies that usually specialise in other areas, such as smartwatches or phones, but are diversifying into transport. It’s big business right now.

Usually these booths had half-a-dozen different e-scooter models. I thought there was a complete lack of individuality between the products on offer. I was bored by the rows and rows of scooters, each only slightly different from the next one. Even the e-bikes made by Maserati, Jeep, and Momo looked the same as ones on other stands.

Many places, such as Segway/Ninebot, had information on how their scooters could be added to a fleet. They were there to sell hundreds of public ones, not dozens of private units (although Segway had a larger range of interesting products, including delivery robots).

So if you’re already complaining about the number of scooters clogging our pavements, my Berlin experience suggests you should be ready for a whole lot more in the next year or two. 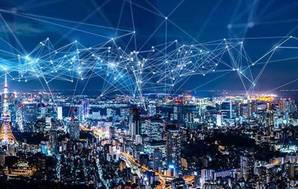 Why tech sales decline is good news for consumers