The world is a much smaller place because of the World Wide Web. We can source products from all over the globe. But a new trade agreement may see a lot of walls suddenly placed in the way of consumer freedom.

Have you heard of the Trans-Pacific Partnership agreement or TPP? It’s not surprising if you haven’t: the TPP is a "behind-closed-doors" trade and investment deal being negotiated by 11 countries from around the Pacific, including New Zealand. And like most trade negotiations, it’s complicated … and it’ll seriously affect you.

Among the items being negotiated in the TPP are: copyright, parallel importing, patenting, investment, state-owned enterprises and agriculture. The agreement’s intellectual property section (copyright and so on) is the most contentious. It includes the following:

These are incredibly harsh measures and will directly affect local consumers. We’re strongly opposed to them and we’ve joined the Fair Deal group that’s working to amend or remove many of these proposals (and also to educate the public on what’s being debated in the TPP). We’re not anti-trade or even anti-TPP – but we believe in fighting for what is best for New Zealand consumers.

Susan Chalmers, Policy Lead at InternetNZ and a member of Fair Deal, told us: “Unless our decision-makers stand behind the good work of New Zealand's copyright negotiators, we are at risk of adopting US copyright laws in New Zealand that would not benefit [this] country. InternetNZ is primarily concerned about the proposals that would bring more copyright regulation into the online environment, increasing costs for ISPs and end-users and, ironically, stifling New Zealanders' ability to innovate.”

"The benefit of copyright is that copyright owners can earn an income from their intellectual work," says Paul Brislen, CEO of the Telecommunications Users Association of New Zealand (TUANZ). "I have no problem with that – but when it’s extended beyond the lifespan of the owner, and indeed goes on for many generations, it means we don’t get these works falling into the public domain and thus being made more accessible for schools (for example) to study.”

There are already problems about lending e-books and sharing music with friends. Currently digital purchases (like music, movies, books) feel like they aren't actually yours.

"Given we’re in an age that is freeing up people’s access to content it seems an odd way to build a business," Paul Brislen points out. Nor is it a good way to build a knowledgeable population.

Copyright restrictions are sadly being used to keep information out of the hands of some New Zealanders, most notably people who have a visual impairment.

The Royal New Zealand Foundation of the Blind (RNZFB) says that people who have a print disability experience a famine when it comes to accessible information. Less than 5 percent of published material is available in formats which are accessible to members of the RNZFB. If you think it's bad having to wait months for a movie to come to New Zealand, try waiting 2 years for a best-selling book in a format you can read.

The ability to shift the formats of information (such as converting a book to braille) is vitally important. Losing this under the TPP would be a terrible outcome. New Zealand is involved in talks with WIPO (the World Intellectual Property Organisation) to ensure this ability remains legal.

What’s more, right now it’s legal to alter any device to get around region-coding on a copyrighted work (as long as that work is obtained legally). These laws are different in the US, but there is a good chance New Zealanders will still be allowed multi-zone DVD or blu-ray players.

Parallel importing is incredibly important to New Zealanders. As an isolated nation and a small consumer market, we’re often at the expensive end of pricing. Parallel importing provides genuine price and product competition – and companies like The Warehouse have made a business out of it. Exclusive-importing deals would see prices rise on anything from books to shoes.

In 1998 the laws around parallel importing were relaxed and parallel-imported goods were allowed into New Zealand. What that means is copyrighted goods lawfully made overseas (not counterfeited or pirated) may be imported without the consent of the New Zealand copyright owner or licensee.

But in 2003, to restrict the importation of films, the Labour-led government changed the law. This restriction is still in place. It stops films from being parallel imported until 9 months after their release (essentially stopping DVDs from arriving before the film is released in cinemas here).

Speaking in Parliament about the restrictions, John Key (now Prime Minister but then part of the Opposition) said: "Under this system, choice will diminish. Prices will go up and product availability to the consumers of New Zealand will go down." He went on to argue: "[The public] want to enjoy a movie that is current and not wait to see it in nine months’ time, when it has gone from being fashionable to unfashionable. They are not interested in watching a movie that has already been bagged by movie critics on radio stations and television."

He was right. The law was changed and still stands: with the 9-month delay in place, we now have frustrated consumers demanding to see films and TV shows as soon as they air overseas. The world is a smaller place and, as John Key said, by the time a film or show reaches New Zealand the ending has often been revealed online. Interestingly TV3 and FOUR have partly responded to customer demand through their "fast" shows that play the same week as in the US.

Although we now have many services – such as iTunes, Spotify and Rdio – that allow cheap or even free ways to legally listen to music, there are few such services for movies and almost none for TV. Adding further barriers to the digital release of these products is not the way to the future.

Sir Tim Berners-Lee, inventor of the World Wide Web, gave a public address in Wellington in early 2013. He advocates an open internet, free from governmental controls: "If companies or governments get to control the internet, they destroy it as the foundation for the way individual people find out about the world". He was speaking about extra restrictions stifling innovation: "There’s someone out there who next week is going to produce something you could never imagine. And that’s not about technology, that’s humanity."

While the TPP-induced change to our parallel-importation laws wouldn't make it illegal for you to buy an item overseas and bring it to New Zealand, it could affect the person selling it to you. Many of the sellers on Trade Me are parallel importers; under the TPP these sellers are likely to be out of business. And there may be more instances of the “Adidas rugby jersey” issue, where a major company can set the prices of items being sold to re-sellers.

Perhaps of greatest concern is the impact the TPP would have on the government’s drug-buying agency Pharmac.

While the government says it won’t make changes to Pharmac, changes to the way the pharmaceutical patents work haven’t been ruled out. The main concern of Fair Deal is that the overseas industry groups are pushing for specific rules about pharmaceuticals that would lead to higher prices being paid by public agencies (such as Pharmac) for medicines.

Some of the proposed changes for pharmaceuticals are:

The first two points would mean delays in getting cheaper (generic) drugs into the market here, which is likely to make the costs of prescription medicines much higher. While it wouldn't happen in every situation, "unreasonable delays" (for example of 2 to 4 years) would be added.

Thankfully, the New Zealand TPP negotiators on the copyright issues from MFAT (Ministry of Foreign Affairs and Trade) and MED (Ministry of Economic Development) are strong-minded in what they want. They’re opposed to an extension of copyright to 70 years. They’re also against any changes to our current copyright laws (which were only recently amended) … and the changes to Pharmac may be a deal-breaker.

There are some benefits to joining the TPP. There may be an increase in revenues from agricultural exports (mainly to the US and Canada), plus an opening-up of Asian markets where we don’t have access. 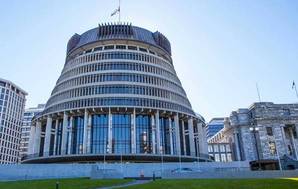 A pig in a poke

Jane Kelsey is a professor at Auckland University's School of Law and is a strong opponent of the TPP. She sees it in general as weakening the government’s ability to decide how best to regulate for the public interest. "[The TPP] shunts the government towards light-handed regulation, despite the global financial crisis and our own problems with leaky buildings, Pike River and rest homes," she says.

The TPP may also give foreign companies more opportunities to litigate against the government. Actions taken by the government to regulate industries (such as tobacco) could increase its risk of being sued by investors in private international tribunals – and so the government may be reluctant to bring in the regulation.

Professor Kelsey also disputes the proposed benefits of the TPP. She claims that the figures from MFAT are “high estimates” based on the possibility of the TPP being enlarged to include all APEC counties. Her view is the same as that of Canadian economic strategist Peter Clark, who believes that there’ll be little budging from the US and Canada when it comes to agricultural trade.

"After the Auckland round of negotiations the American negotiator said that they didn't even discuss opening US agricultural markets, so what does that tell you?"

Medicine prices could increase under TPP