Vehicle complaints on the rise

The increase comes as imports of used cars also rise.

A complaint about an imported $8995 Toyota, described by the dealer as in “excellent condition”, was among the 342 cases dealt with by the tribunal last year. It turned out the car, sold by Vehicle Direct, needed work worth $1230 to bring it up to spec.

The same dealer, which has outlets in Auckland and Hamilton, was the subject of another complaint filed by a consumer who bought a $4000 BMW requiring repairs of $3730.

In both cases, the tribunal found in favour of the purchasers and ordered Vehicle Direct to pay for repairs to the Toyota and fully refund the BMW purchaser.

Several complaints about dealers selling vehicles previously written off in Australia were also heard by the tribunal last year. One case involved a $30,000 car represented as “brand new” by dealer Nikan Cars. The vehicle purchasers were awarded a refund.

Our adviser Maggie Edwards says the Consumer Guarantees Act (CGA) obliges car dealers to guarantee vehicles are of acceptable quality. “Acceptable quality” depends on what a reasonable consumer would expect given the price paid, the car’s age and condition, and any representations made.

“Dealers have a legal obligation to put things right when a vehicle they sell doesn’t measure up. However, complaints we receive show too many either don’t know what their obligations are or don’t want to know,” she says.

In situations where a vehicle has a minor fault, the dealer can choose to fix the car, replace it, or give you a refund. “If they can’t or won’t fix the problem within a reasonable time, you’re entitled to request your money back or get the repairs done elsewhere and claim back the costs.

“When there’s a major problem with the car and you wouldn’t have bought it if you’d known about the fault, the CGA gives you the right to reject the vehicle and opt for a refund or replacement,” she says. You can also claim for losses that occur because of the fault, such as the cost of towing the vehicle to a garage.

In addition to their CGA obligations, the Fair Trading Act prevents car dealers from making misleading claims about a vehicle. If a dealer advertises a car as being in “excellent condition” when it’s not, you’ve got grounds for a claim.

If the dealer won’t put things right, you can go to the Motor Vehicle Disputes Tribunal. It can hear claims up to $100,000 (or more, if both parties agree). It costs $50 to lodge a claim. 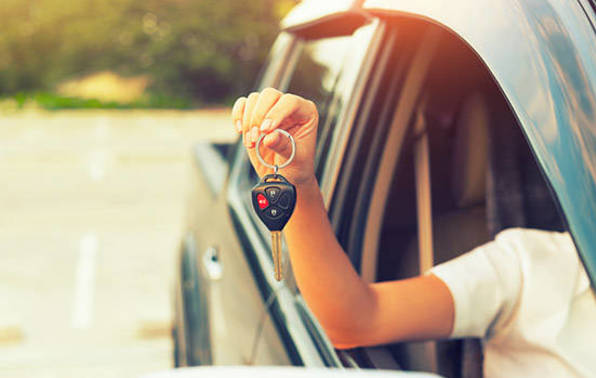 Should you buy new or used? What should you look out for when buying from a dealer, and what are you rights? We’ve tackled the big questions around buying and owning a car.