Can the NutriBullet stand up to its competitors?

There’s a kitchen gadget that’s taken the country by storm. Single-serve blenders let you whip up a smoothie in a cup and take that drink on the go with you.

What about a normal blender or a juicer?

If it’s just smoothies you want, a single-serve blender is a good option as it will usually be lighter and take up less room in the cupboard. But another factor is how much smoothie you’re wanting to make at one time. A benchtop blender would be a better option if you’re wanting to make enough for the whole family. Some single-serve blenders also come with a jug for making larger quantities.

Anyone who has seen an ad for single-serve blenders knows some of them don’t hold back on the claims. The NutriBullet, for example, claims to turn “ordinary food into superfood” and to “access the hidden nutrition inside”. So we sent our green smoothies to the lab to test how much iron, calcium and magnesium had been extracted. We also measured the vitamin C, but did this as soon as the smoothie was made because vitamin C immediately begins to oxidise.

As for the claim about being able to turn ordinary food into “superfood”, a complaint to the Advertising Standards Authority about that line wasn’t upheld earlier this year. The complaints board said there was no standard definition of what a superfood was, given it’s not a medical or technical term but a marketing one, so it didn’t deem the line misleading. 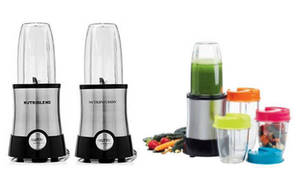 Some single-serve blender models have been recalled recently because their internal components aren’t made of suitable materials, which could cause a fire. They are: 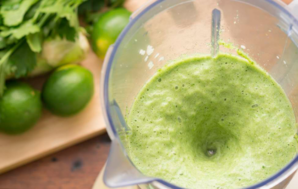