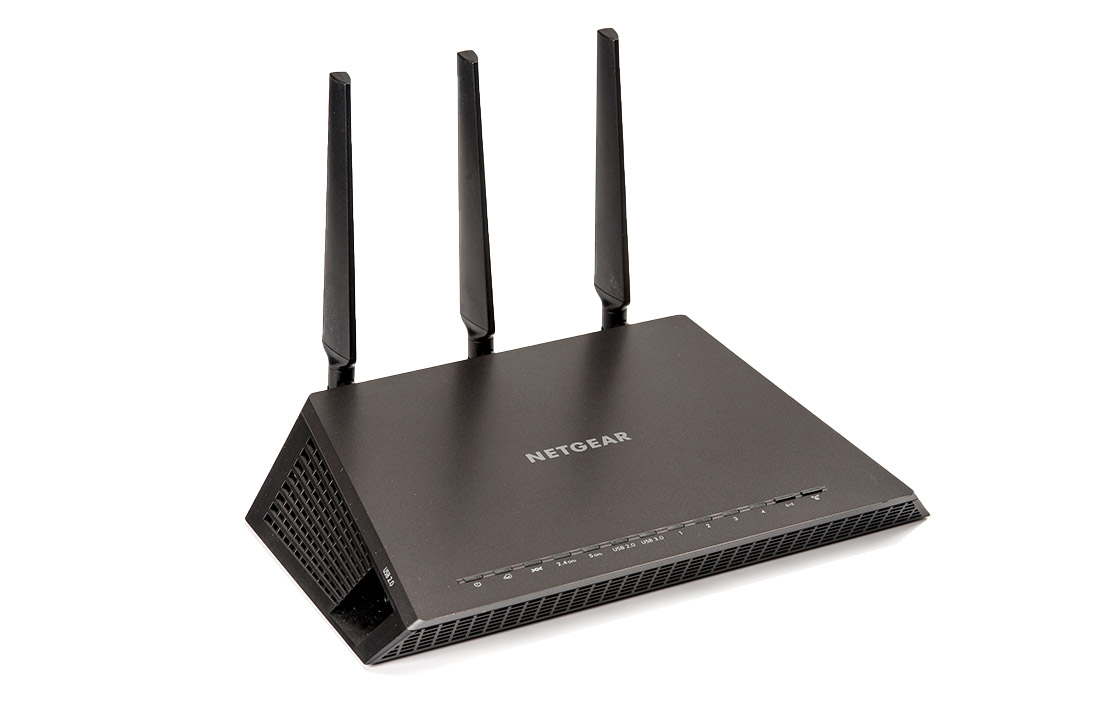 This dual-band router's WiFi performance is not good. The 5GHz performance is poor and has very noticeable interference. The fibre speeds are also very poor.

WiFi performance (60%) – measured at 4m and 10m from the router. We calculated the speeds, in megabits per second (Mbps), using online speed testing apps. We repeated the test 3 times on each band (2.4GHz and 5GHz) and at each distance. The speeds from both distances were averaged and scored compared to the speeds expected for the WiFi standards they were using.

Ease of use and setup (20%) – based on an assessment of set up and how easy the device is to use including monitoring and managing network access and changing default settings (service set identifier (SSID), network key/password, encryption and WiFi protected set-up (WPS) settings). We also looked at the ease of accessing advanced functions such as guest networks, virtual private network (VPN), attached external media and parental control tools.

Security (20%) – looked at whether the networks were encrypted, how easy it was to identify them by SSID, and the security of the network key/password.

If a USB storage device can be connected to the router so that media is shared on the network. Also called Media Server and ReadyShare.

DLNA is a certification that guides how media can be shared amongst devices over a network. It is often used with media sharing.

Where a 3g or 4G USB dongle is connected through a USB port. The router can then route the 3G/4G signal through the WiFi network.

Price is based on a December 2018 online price survey.

Looks cool, really easy to set up, great security and works with most connection types. The control panel on computer or smart phone is clear and easy to understand and has all the control you ever could need. Netflix and PS4 never slows down or stumbles. We have about 10+ connected items and works fine.

Updates are a pain because they don't work on the automatic setting, you need to go on the web site and download the right one. Can slowdown and needs rebooted to fix. 5g seems to be very short ranged.

Yes, I recommend this product.