Picture yourself lining up to check into your flight home from Rarotonga after an idyllic 11 nights away.

After two years of pining to travel, you’ve saved up and treated yourselves to business class and have already planned what you’re going to order from the menu for the flight home. Once you reach the front of the queue, the staff member asks for your passport and their eyes immediately light up in recognition.

They ask you to step into an adjacent room. What could be going on here? Are they giving you some sort of prize for being the 10 millionth customer? Nope. You’re getting downgraded from business class. Too bad for you.

Sounds awful, doesn’t it? And I know full well what it feels like because it happened to me a few weeks back. We’d booked these flights way back in the start of September 2021, while most of the country was just rousing itself from the snap lockdown. It felt like a risky move to book our honeymoon then, but it was nice to have something to look forward to.

We splurged on business class, asking ourselves, ‘how often does one go on a honeymoon anyway?’ Hopefully once, we decided, and justified it to ourselves.

Now I know that flights get overbooked, but the way Air New Zealand dealt with us was, dare I say, somewhat scandalous.

In the room to the side of the check-in counters, an apologetic staff member let us know we were being downgraded to premium economy and handed us an envelope. Inside said envelope was $720 in cash along with a form to claim back the fare difference as well.

We pointed out that it was our honeymoon and with me being so tall (6'9''), there was a very good reason for booking seats where I could stretch out. Why us? Why not some other poor schmuck? An envelope of cash doesn’t make up for the experience I was expecting – and had already paid for.

Well, it was because we were the last ones to book, we were told. This didn’t fly with me. We knew nobody else booked at the time we did; in business class you get a free seat select and we had the choice of the whole cabin.

I was justifiably upset and not saying much. I was trying to keep a lid on my anger. My wife rescued me by asking what the price difference was before accepting the cash. We were told that we had booked a “saver” business fare and we were moving to a “flexi” premium economy fare, which was in fact more expensive! I was on the verge of shouting “Do you know who I work for!?” but held my tongue. Thanks, Air New Zealand, for moving us to a more expensive ticket – how very generous of you.

Then things got interesting

Faced with no other option, I stomped though immigration and plonked myself down in the lounge. They’d still let us into the business class lounge at Rarotonga Airport and even put a little ‘reserved’ sign on a table, hoping it would appease us. It didn’t.

My permanent scowl wasn’t improved when the original staff member came tiptoeing up to my side. It turns out that someone has cancelled last minute and one of us could go up to business class. All you have to do is give us $320 back from the envelope. Nope, that’s not going to work: my wife is a nervous flyer, so we aren’t going to be separated.

She left us alone again, only to appear a few minutes later, carrying a form.

I can imagine that walking up to me again at this stage would’ve felt like putting your hand in range of an alert and peeved rattlesnake. I was seething and not keen on any more interruptions.

Just one last thing: We just needed to sign this form. Now I didn’t take a photo of the form, but the gist of it was that we were signing away any rights for further compensation on top of the $720 in the envelope. We pointed that out and refused to sign it. From there we were told that it was just an “accounting thing” and we could still claim something back. We declined.

I thought that would be the end of it. But no, we then were asked to hand back the cash, in front of a full lounge of onlookers. Enjoy your flight, kids.

Now I can throw a tantrum

Boarding commenced soon after but the whole experience in the lounge was very public and embarrassing, my anger had nearly reached its zenith and my face must’ve been as red as a tomato. Our seats were just one row back behind business and I could catch glimpses through the curtain of a child flopping about on one of the big recliners. Great.

Our flight attendant handed me a menu which I picked up like it was a used tissue. “Well, this doesn’t have a CHEESEBOARD on it!” I exclaimed and I threw it on the ground between my feet in disgust. Now I’ll admit that this wasn’t my proudest moment, but I had to vent at last. We had already decided what we were going to order on the flight back because the menu had both to and from New Zealand printed on it.

Our flight attendant, Sean, realised at this point that we were “the ones” who’d been downgraded and spent the next four hours trying to make up for it. I knew it wasn’t his fault so I couldn’t stay mad at him, and he did sneak me my precious cheeseboard down from business. I can’t fault the crew on board, but as for the rest of the organisation …

Consumer to the rescue

As soon as we landed, I tried to find out the price difference of fares. Unfortunately, you can’t work that out yourself based on your invoice. There’s no way of knowing unless I’d had the foresight to take screenshots when booking back in September. I’d have to rely on the honesty of Air NZ, that didn’t fill me with a warm, happy feeling.

There was also a form to fill out and then send back to Air NZ to ask for compensation. A form? Not only did they shaft the end of our trip, they’d given us an administration task to boot. I didn’t fancy that.

Luckily for me, one of the benefits of working at Consumer (or being a member!) is that I have direct access to our advocacy team and we seem to have had a direct line to Air NZ customer complaints since 2020. I sent an angry, somewhat incoherent email to our lovely team upon arriving home and they got straight to work.

My email on Wednesday led to an apology and offer of $960 the following Monday. Thanks, team!

Here’s what Air NZ had to say …

“Thank you for your patience while I looked into the matter for James and Michelle. Firstly, we would like to apologise for the situation they found themselves in. We appreciate this would have been frustrating for them, particularly given this was their honeymoon.

On occasion, issues do happen where we need to downgrade customers from their booking class. This could be due to an aircraft change and different seating configurations or oversales. When this happens, our staff go through set processes to identify those who may be placed in alternative seating. This is upsetting for any passengers and something we don’t do lightly. In such situations, we provide a refund between the booking class purchased and that provided on board. The advice provided at the airport wasn’t correct around the refund and the refund is $120 per person. We are also happy to arrange payment of the $360 per person offered to James and Michelle at the airport.

I did want to clarify that the seat selection map does not indicate the number of seats that are unsold in a cabin but show the seats available for pre-selection.

The form provided to James and Michelle at the airport was the incorrect form. We recognise that the conversation being held in the lounge might have been uncomfortable and that this could have been handled better. Our airport manager has reviewed the processes and there are some clear learnings that we can take from this. Additional training and refreshers have been provided to the teams and we will ensure this is continued so that we can better manage situations which may occur.” 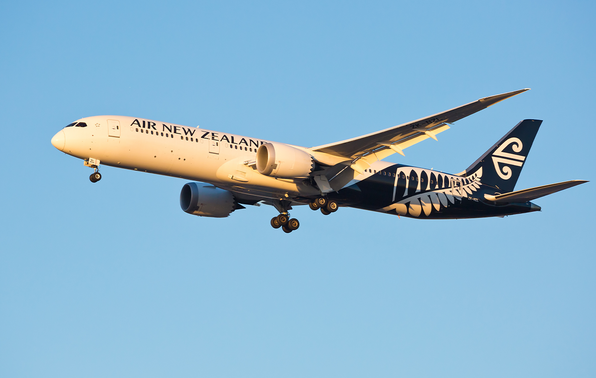 So what can you learn from this?

Well sometimes airlines can ruin the end of your trip. I am just glad it didn’t happen at the start of it, or I would’ve been grumpily sipping pina coladas for 11 days. I truly believe that the reason we were downgraded was because we booked so far in advance when things were cheaper that it made financial sense for them to let someone else have the seat when things were overbooked. We also don’t have Gold or Silver status with the airline’s frequent flyer programme so were firmly on the bottom of the totem pole. And I guess they didn’t search for my name on LinkedIn, otherwise they would’ve seen that I’m a writer at Consumer and would immediately write an article about my experience.

The main takeaway here is that you should never feel pressured or be coerced into signing a document, especially one that carries legal language relating to you giving away your rights for further compensation. Especially if you have no experience of dealing in “legalese”.

Make sure you also take screenshots when you’re booking so you know the price difference should there be a problem like this in the future. I wish I had done it and it’s easy enough to do on your phone, tablet or computer.

And if they hand over an envelope of cash, make sure it’s completely stuffed so they don’t stuff you over.