Antibiotics in the food chain

Antibiotic resistance is a major health threat. How much is antibiotic use in food production playing a part?

When news broke last year a new superbug had been found in chicken from three major poultry suppliers, it could have been the plotline of a science fiction novel. The bug, an antibiotic-resistant strain of campylobacter, was also found in humans with cases in Auckland, Manawatu and Wellington.

Campylobacter is a leading cause of food poisoning. The new strain of the bug, detected in about 33 percent of campylobacter cases in Auckland, is resistant to two antibiotics (fluoroquinolone and tetracycline). Fortunately, for anyone unlucky enough to require treatment, other antibiotics are available.

But the spectre of superbugs that can’t be treated by antibiotics is looming ever larger.

The World Health Organization (WHO) has called the growth of antibiotic resistance a global health crisis. WHO director general Dr Margaret Chan paints a vision of a post-antibiotic era where people could die from common infections that can no longer be treated.

The misuse of medicines – including prescribing antibiotics when they’re unnecessary – has taken much of the blame for the rapid rise of superbugs. But the use of antibiotics in agriculture has also been flagged as part of the problem. Just how big a part remains unclear.

Dr Debbie Williamson, a clinical microbiologist and co-author of the study that detected the new bug in chicken, says despite our large agricultural sector relatively little is known about the prevalence of antibiotic-resistant bacteria in animals.

Antibiotics are used in animals to treat diseases and to prevent them from occurring. The highest proportion is used in the pig, poultry and dairy industries.

The less welcome finding was that sales of some antibiotics important for human medicine had increased during that period.

A jump in sales of a drug called tylosin was among the trends identified.

Tylosin is an antibiotic in the class known as macrolides, which are critically important for human medicine. Tylosin itself is not used to treat human ailments but the ministry’s report notes the development of tylosin resistance has the potential to cause resistance to other antibiotics in the macrolides class.

Tylosin is used in the pig and poultry industries primarily in feed and water. Between 2009 and 2011, sales of the drug in these industries had increased. However, MPI couldn’t determine whether purchases reflected forecasted or actual use of the product.

The antibiotic is also used in the dairy industry to treat mastitis in cows. According to MPI’s report, there’s been a growing and “significant” use of injectable tylosin for mastitis treatment, a factor linked to the convenience of the drug which is given as a once-daily injection.

A second major trend flagged by the report was an increase in sales of a class of antibiotics known as cephalosporins. Sales of these drugs increased 10 percent during the reporting period. However, the use of third- and fourth-generation cephalosporins had risen by up to 118 percent in one case.

Third- and fourth-generation cephalosporins are essential to human medicine. Expert opinion is they shouldn’t be routinely used to treat animals.

However, MPI reported vets have raised concerns use of one of these antibiotics – ceftiofur – in dairy cows has risen due to its convenience and cost rather than because it’s the best choice. Direct marketing by drug manufacturers was also identified as a factor driving demand.

Direct marketing was reported to be influencing an increase in sales of cephalosporins to treat pets as well.

Sales data also showed a rise in two other classes of antibiotics considered important to human medicine: tetracyclines (up 30 percent) and aminoglycosides (up 24 percent).

The latter includes the antibiotic streptomycin, an antibiotic approved for use in horticulture. It’s registered for use for treatment of blight and bacterial diseases in tomatoes, pipfruit and stone fruit. It’s also been used for the control of PSA in kiwifruit and for disease in seeds.

Streptomycin sales for horticultural use increased 15 percent from 2009 to 2011, a rise linked to disease outbreaks associated with climatic conditions.

Mark Ross, chief executive of Agcarm which represents veterinary medicine manufacturers, says agriculture use of antibiotics in New Zealand is low by international standards. Figures suggest use here has been among the lowest of OECD countries.

But Mr Ross agrees this doesn’t mean there’s room for complacency. Agcarm has previously called for the government to take a “proactive approach” to identify where and when antibiotic resistance is most likely to occur. “There are gaps in the system that need to be addressed,” he says.

The New Zealand Veterinary Association has also called for action. Last year, it published an “aspirational goal” of phasing out antibiotic use in animals by 2030. The association says the goal was launched partly in response to the lack of a government strategy to tackle antibiotic resistance.

The absence of a government strategy to deal with emerging threats – such as the discovery of antibiotic-resistant bugs in chicken – has also been highlighted by infectious disease experts such as Dr Williamson. She describes antibiotic resistance as one of the biggest public health threats of modern times.

Some progress is being made. In February, the Ministry for Primary Industries released a discussion paper on a proposed antibiotic-resistance “direction statement” and work programme. The latter identifies developing a monitoring programme and reviewing existing controls on veterinary medicines as high priorities.

An updated report on antibiotic sales is also in the pipeline. A ministry spokesperson said the report had been delayed pending the results of a field audit on antibiotic use. The results of this audit are being reviewed. A report is expected to be published, along with sales data for 2011 to 2014, in the next few months.

The government has also committed to deliver a national action plan on antibiotic resistance by May 2017. An “Action Plan Development Group”, co-ordinated by the Ministry of Health, held its first meeting in March. 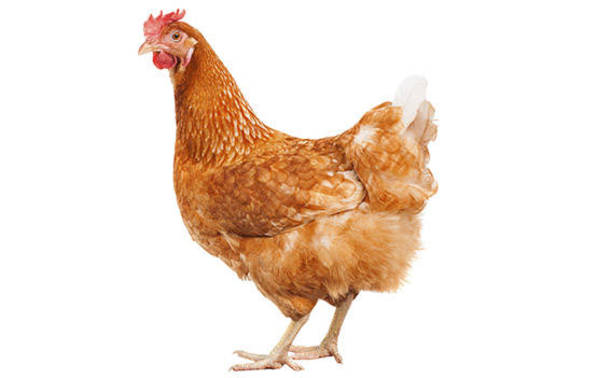 Antibiotic resistance occurs when bacteria or other microbes are able to resist the effects of an antibiotic. The development of resistant bugs is a natural phenomenon but its pace is being accelerated by the use and overuse of antibiotics. Higher use drives resistance.

In the food chain, antibiotic use carries the risk that resistant bacteria will spread from animals to humans through direct contact or consumption of contaminated products. Resistant bugs can also spread into the environment through animal excretion.

Reducing antibiotic use was the focus of 2016’s World Consumer Rights Day. Consumer groups called on fast food chains KFC, McDonald’s and Subway to use their global buying power and commit to stop sourcing meat from animals routinely given antibiotics important for human medicine.

Subway has made commitments in the US to source meat raised without antibiotics starting from 2016. The company says it intends to follow suit in New Zealand although has not given any timeframes.

McDonald’s has made commitments to source chicken raised without the routine use of antibiotics in the US by 2017 and in Canada by 2018. No similar commitments have been made in New Zealand.

Consumers International, which has spearheaded the campaign, says KFC has not set timeframes in any of the countries in which it operates.

In 2014, 6776 cases of campylobacter infection were reported in New Zealand. Actual rates are estimated to be significantly higher as not every case is reported.

Campylobacter in chicken is responsible for about half of all cases. While rates have dropped over the past decade, campylobacter remains the leading cause of foodborne illness. Most people will recover without needing treatment. However, some become seriously ill and require antibiotics. Erythromycin is the preferred antibiotic to treat the infection.