Are portable photo printers any good?

In the age of selfies and Instagram, a new type of printer has emerged in the market – tiny, portable ones that print miniature photos directly from your mobile phone.

We trialled the HP Sprocket, Fujifilm Instax Mini Link and LifePrint 2x3, which can each fit in your handbag or jacket pocket. We also looked at the non-portable Canon Selphy CP1300.

The portable devices all print small 2x3” photos and use special paper or film, which represents a substantial ongoing cost. On the bright side, they don’t use ink so you needn’t worry about cartridges. All three manage printing through apps on your phone.

Our main takeaway is that portable printers aren't for serious photography enthusiasts – the photo quality is seriously lacking compared to what you’d get from a print store or even a desktop inkjet. But they are a bit of fun and have gimmicks galore to captivate young people in particular. Let’s take a closer look at the pros and cons of each. 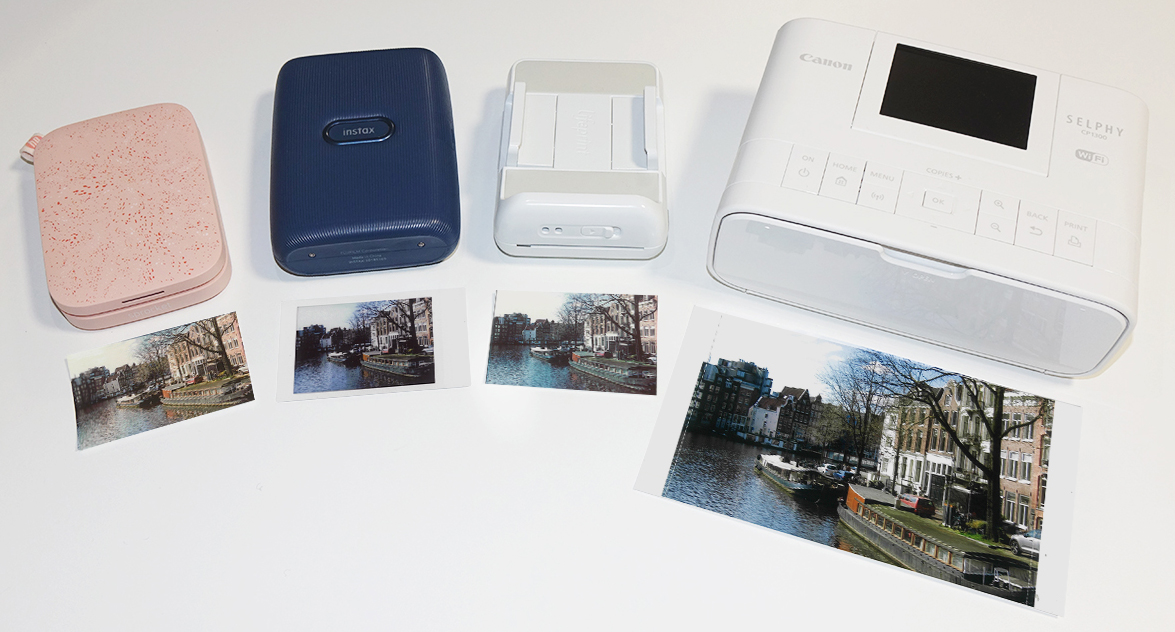 The Sprocket was far and away the most user-friendly printer we trialled, with a clean and intuitive app that connects seamlessly to Instagram and Facebook. Loading paper, charging the battery and completing initial setup were simple too.

With a stone-like finish and pleasant colour options, the Sprocket also wins the beauty contest among the printers we assessed. Its slightly bigger sibling, the Sprocket Select, comes in different colours but is similarly dashing.

It prints on Zink, a thermal paper that creates images by precisely applying heat to different layers. It prints photos in a single pass, much quicker than an inkjet can. Zink prints can also be peeled and used as stickers.

We had just one complaint about the Sprocket, and it’s a big one: it had the worst print quality of all four printers. Our photos all came out with a noticeable red tint and, in some cases, there were smudge-like imperfections. However, liberal use of the filters available inside the app can help correct the colour balance.

A photo developing in front of your eyes will always be a bit magical. This printer uses photographic film, harking back to the days of analogue photography. Of course, it doesn’t quite have the appeal of an instant camera (think Polaroid) because you know beforehand what the print will look like.

The photos are decent, and charming in a nostalgic kind of way, but they lack detail and are often a bit dark. The Instax seems to suit portraits with one or two people (including self-portraits) best. Watch out for your photos fading in strong light or heat, or in the X-ray screening at the airport.

Not content to rely on the charm of its technology, Fujifilm has developed an excellent app that’s fun to use and has plenty of nice features. However, connecting the phone to the printer via Bluetooth took several attempts each time, which was frustrating.

Unfortunately, this printer is incredibly wasteful. You can only buy film in a pack of 10 inside a plastic cartridge, wrapped in foil. For every 10 prints, the plastic and foil have to be thrown away. It’s pretty hard to justify from an environmental perspective – not to mention expensive. The construction doesn’t feel nice either – the plastic feels cheap and the buttons are clacky.

This printer is similar to the Sprocket, down to using the same Zink paper. It has an excellent schtick: you can print a single frame of a video on your phone, then anyone with the Lifeprint app can scan the print (like a QR code) and see the video playing in augmented reality on their screen. It’s incredible and feels like something from the future.

Unfortunately, the rest of the experience of using the printer is awful, especially the Lifeprint app. It’s set up like a social network where anything you print is posted to your profile, so you need to create one before getting started. The worst thing about the app is that it takes an age to load anything and doesn’t give enough information to the user. For example, there are so many options that you can wait 30 seconds for a screen to load, only to realise you picked the wrong thing.

If you have an iPhone, you can slide it into a clamp on the printer’s body and take a photo using a button on the printer, just like a compact camera. The app then brings up a printing prompt on your phone’s screen. We can’t see how this feature is useful.

Finally, the Lifeprint terms state you must be 16 years of age to use the service, which is ridiculous as young teenagers are clearly a target audience.

The exact model we bought has been discontinued. A 2x3" model without the phone clamp is still available, as well as one that takes 3x4.5" paper. All Lifeprint printers use the same app.

The Canon Selphy CP1300 ($179) looks like a normal desktop printer, complete with paper tray, but on a much smaller scale. Printing photos in the standard 4x6” dimensions, it fills a different niche to instant printers because you wouldn’t carry it with you – it needs to be plugged into the wall, for a start. But it’s a similar idea – a printer that does photos only, working through an app on your mobile phone.

We didn’t like the Selphy app. It was slower and less user-friendly than the Sprocket or Instax ones. The filters available were rubbish, and the print preview was pixelated, which made us doubt the quality of the photo. Thankfully, you can use third-party apps Mopria and AirPrint. The printer connects via WiFi rather than Bluetooth, which is less convenient for initial setup but easier in the long run. It also accepts SD cards.

Unlike instant printers, it uses thermal transfer technology, so you’ll have to change the ink cassette eventually. Worse, the Selphy needs special paper that only comes bundled with ink. That means if you're out of paper but have some ink left, you're forced to buy a new cassette anyway.

Where the Selphy shines is its final product. The photos pass as professionally printed, with good colour and detail. They’re not perfect – we spotted a bit of colour bleeding and ink smudging on close inspection – but the image quality is on a different level to the smaller printers. It’s a decent option if you only want to print photos at home and don’t have much desk space. 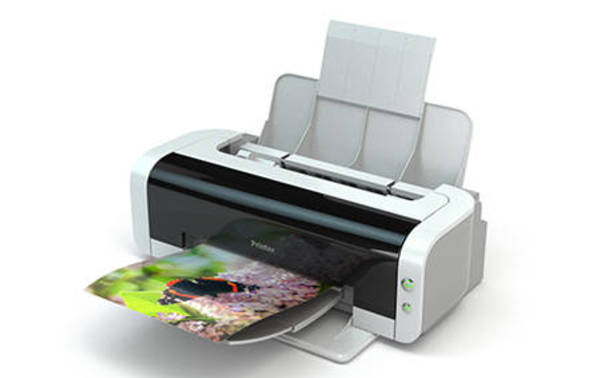 If a small printer that only creates photos sounds limiting to you, we’ve tested plenty of their full-sized counterparts.

Tip: If you want to print photos, look for an inkjet as laser printers don’t usually print colour.