Your rights and obligations if you’re declared bankrupt.

If your debts run out of control or you’re owed money, knowing your rights and understanding bankruptcy can help you get through. We explain how the law of bankruptcy works, and what your rights and obligations are if you’re declared bankrupt.

Bankruptcy wipes your debts and gets creditors off your back. The relief can be enormous.

But as well as serious financial restrictions which can come as a consequence of bankruptcy, there can be personal repercussions. “Some friends became a bit distant, and some crossed the street to avoid me,” one bankrupt reported.

Get professional advice and try all alternatives first:

The No Asset Procedure is an alternative to bankruptcy which may be available if you have total debt that is not more than $50,000. It’s designed to give people stuck in the debt trap a fresh start. Unlike bankruptcy which normally lasts 3 years, you will be discharged from the No Asset Procedure after 12 months. Creditors will be prevented from taking steps against you to enforce debt that is included in the procedure.

To be eligible for the procedure you will have:

It’s important to note the Official Assignee can refuse your application if you have incurred debts knowing you had no means to pay them.

There are some consequences of entering into the procedure. Your name will be published on the insolvency register for 5 years. You will be able to apply for credit after 1 year, however your credit history will be compromised. This may make it difficult to obtain credit from a bank or other lending institution.

If this still sounds like the most sensible route, make an application to the Official Assignee, either electronically or manually.

If you’ve decided bankruptcy is your best choice, don’t delay. The earlier you start, the sooner you’ll be discharged and able to move on.

Filing: You can file for bankruptcy by lodging a “debtor’s petition” with the Official Assignee.

A creditor can also have you declared bankrupt through a “creditor’s petition” at the High Court, if you owe them at least $1000, and certain other requirements are met. You’ll be able to present your case.

If the facts are simple, it can happen quickly - within a few minutes, in many cases.

The Official Assignee: The Official Assignee, part of the New Zealand Insolvency and Trustee Service, acts as trustee, administering the debts you incurred up to your bankruptcy. You get a notice to show creditors that you’re bankrupt, so they deal with the assignee rather than you.

Your bankruptcy will be advertised in a local newspaper and the New Zealand Gazette.

You’re still responsible for ongoing hire purchase or mortgage payments (provided the assignee doesn’t require you to surrender or sell the assets bought by the payments); court fines or court orders for reparation; maintenance and child support payments if you qualify; and debts incurred after the date of your bankruptcy.

Your possessions, including your home, car, expensive appliances, life insurance policies and super schemes, can be sold or cashed in to repay creditors. In reality, many of these assets will have already gone by the time you’re bankrupt.

You still run your own bank accounts, although the assignee has the account numbers and can look into them periodically. Any large sums can be taken to pay creditors. Your credit cards will have gone.

If you find a high-earning job, the assignee will work out a budget with you to see how much can go to creditors. If your only income is a benefit, none will go to creditors. Anything your domestic partner earns remains theirs.

Anything valuable you inherit is deemed to come under the control of the assignee from the time of the death. It goes to your creditors after it is received from the estate, even if that’s not until after you’re discharged.

The only assets you can keep under present law are furniture and personal effects and tools of the trade to a value fixed at the Assignee’s discretion. You may also have a vehicle worth up to $6500.

The assignee can investigate your past financial transactions, and can retrieve gifts you made within the previous 5 years. For example, if you’ve put repayments to one creditor ahead of the rest, they can even things out. They can take back assets you put into your family trust or transferred to family members, if you were insolvent when you made the transfer. The assignee will prosecute if there are blatant breaches of law, or if it would be in the public interest.

You need the assignee’s consent to manage a company or to become a business partner, self-employed or employed by your family members. An ordinary, non-managerial wage or salary position in any limited liability company normally doesn’t require consent. You also need consent to be employed by any company, trust, trustee or incorporated society which is managed or controlled by a relative.

You can’t go overseas without the assignee’s consent, and you must tell them if your name or address changes.

If you apply for more than $100 credit you must disclose that you’re an undischarged bankrupt. That effectively kills your chances of borrowing money.

Coming out of bankruptcy

You’re normally “discharged” from bankruptcy after 3 years, although you can apply to the High Court for an earlier discharge.

Being discharged frees you from most of bankruptcy’s restrictions. You can become a company manager or director, for example, subject to any conditions or disqualifications imposed. For example, if you became bankrupt because you lost large sums running a small business, the court may say you can’t run a small business for a certain period of time.

You’re no longer legally responsible for most or all of the debts you faced at the time of the bankruptcy, including your student loan.

You’re still responsible for the debts you incurred after the date of your bankruptcy; child support, liable parent contributions or maintenance; court fines or reparation orders. This includes speeding tickets and other traffic fines, debts due to a court finding of fraud and so on.

You don’t get back any of your assets held or claimed by the Official Assignee.

Your bankruptcy remains on your credit files for 7 years, although your discharge will be noted. Many lenders will reject your application for finance. If you want something expensive, you may have to save for it.

This record will limit your options for employment - some money-handling jobs require a clean credit record, for example.

Your name will also appear on the publicly accessible database of the New Zealand Insolvency and Trustee Service for 4 years after you are discharged.

A review of bankruptcy law has been looking at changes to the present regime, including ways in which alternatives to bankruptcy can be encouraged.

If the person who owes you money disputes the debt, you can take them to a Disputes Tribunal, provided the sum involved is under $15,000 (or $20,000 if both of you agree to go to the tribunal).

If calls and letters get nowhere, you could ask a lawyer to write to the debtor. Check the cost first: it could be expensive.

You can use a debt collector, although some don’t accept one-off jobs. A combination of up-front fee plus commission on money collected (sometimes up to 30 per cent) is common.

Make sure you know exactly what you’ll get. Many small business people have been dissatisfied with debt collection services or have been charged more than they expected. If you use a smaller agency, stick to a member of the Associated Credit Bureaux NZ Inc, which has a code of ethics and operating procedures.

You could take court action. If you don’t have time to pursue it yourself, your lawyer can estimate the costs of doing it for you. This won’t be worthwhile for very small debts.

Before bankruptcy bites, you’ll be dealing with debt collectors – in one form or another. It’s important to know your rights.

Debts can’t haunt you forever
The Limitation Act 1950 (sometimes called “the statute of limitations”) says debts older than 6 years can’t be enforced in court, with 2 main exceptions: if a court orders you to pay, or you’ve paid a portion of the debt.

The 6-year liability begins again from when you make a part-payment. If an old debt appears which isn’t yours, or you’re certain you paid it, don’t even pay a portion.

Of course, we think you should pay bills you genuinely owe.

Collection fees and interest
Retailers or debt collectors can add interest or fees to an overdue debt if they made the potential for these charges clear when you made the purchase or order. Some supermarkets stamp the back of cheques, for example, saying you’ll have to pay collection fees if your cheque bounces.

The charges can bite. One person paying an overdue $945 in small instalments was charged an additional $367, over 30 percent on top of the original bill.

If you weren’t warned of interest or overdue payment fees when you made the deal, these can’t be added without breaching the Fair Trading Act.

Some collection companies including Baycorp add their own “optional” fees. You’re not legally bound to pay these if you weren’t warned about them in advance.

But if you’re taken to court, the judge can order you to pay additional costs.

Repo men and wheel clampers
Get behind with payments on a secured loan or hire purchase agreement, and the item can be repossessed.

Your car, boat, jewellery or even real estate could be seized against an overdue court fine or reparation order.

In some areas, if you ignore a reminder letter from your district court, your car may be clamped. Pay up and the clamp is taken off.

If it’s not your debt
Some unscrupulous debt collectors send threatening letters to addresses plucked from the phone book for people with the same name as the debtor, hoping one of them will pay up.

If you get one of these letters, don’t ignore it – it could cause problems. Write to the company explaining that the debt isn’t yours, and keep a copy of your letter. 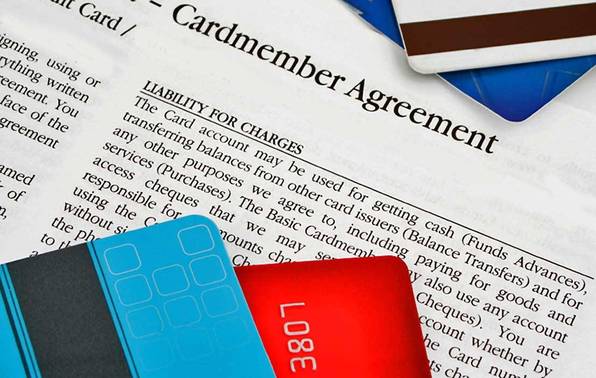 Bankruptcy can have some unintended victims. Here’s one scenario we discovered.

Emma (not her real name), a busy professional, was unaware her husband Mike was hiding debts in their jointly owned business. When Mike left her and filed for bankruptcy, Emma discovered she was liable for the business debts and those Mike had run up on their joint credit card: $50,000 in all.

It will take Emma 10 to 15 years to pay them off. Some were for purchases Mike made for another woman.

Emma didn’t consider bankruptcy, which would have destroyed her career.

With the permission of the Official Assignee’s office, which supervises bankruptcies, Mike is now running another business. But such agreements are uncommon and not given lightly. He doesn’t pay any child support for their 3 children.

Emma suggests there are a couple of simple steps to take, to reduce the risks of getting into her situation.