The claims for coconut oil roll out. “Beneficial in weight loss programmes”, “helps heart health”, “anti-bacterial” are just some of them.

Cafes will even add coconut oil to your daily caffeine fix. So should we all be downing coconut oil by the spoonful or is this “super food” just too good to be true?

While there’s nothing new about coconut oil – extracted from coconut flesh – there’s been a recent surge in interest and demand for it here.

The Heart Foundation has been inundated with people wondering whether they should be switching to coconut oil because it is better for their heart.

Foundation National Nutrition advisor Delvina Gorton says: “It’s an oil we didn’t traditionally recommend because it’s so high in saturated fat so we decided to see if there had been any change in the research literature and if there was anything special about coconut oil.”

It commissioned Dr Laurence Eyres, chair of the Oils and Fats group of the New Zealand Institute of Food Science and Technology, to independently review published evidence on coconut oil and the heart. He concluded the claims about coconut oil’s healthiness did not stack up.

Dr Eyres said: “I didn’t go out to demonise coconut oil – there’s nothing wrong with it in moderation as part of a balanced diet – but people need to be wary of the unfounded superfood claims.”

“Coconut oil is extremely high in saturated fat and although coconut oil may well be preferable to other sources of saturated fat, the best-quality research evidence supports the current advice to reduce our intake of saturated fats and replace this with healthier fats from fish, plant oils, nuts and seeds.”

Dr Simon Thornley, a public-health physician and epidemiologist, has a different opinion.

“I’m all for coconut oil, if you can afford it. It is a very stable fat and has a high melting point which is useful for frying.”

Coconut oil is also unusual because it contains a high percentage of lauric acid (often claimed to be a medium-chain triglyceride or MCT) compared with other saturated fats. Most oils consist of long-chain triglycerides (LCTs). The difference matters because our bodies metabolise MCTs differently from LCTs. MCTs are transported directly from the intestinal tract to the liver where they’re likely to be burned off as fuel. That means they are less likely to be deposited in fat tissues – and this is what gives rise to the weight-loss claim by coconut oil supporters.

However, Dr Eyres's review concluded the evidence on MCT oils could not be directly applied to coconut oil. The review stated while lauric acid was claimed to be an MCT it acted like an LCT with regard to digestion and metabolism. And the triglycerides in MCT oils are smaller than those in coconut oil, so they’re handled differently by the body.

Remember, any oil is 100 percent fat and because fat is more energy dense than other nutrients it’s easy to eat more kilojoules than you need, which can lead to unwanted weight gain.

According to the claims, coconut oil can be beneficial to heart health. Populations whose diets were traditionally high in coconut had excellent cardiovascular health and heart disease was virtually non-existent.

Dietitian Gemma Dunkley says the fact coconut oil is so high in saturated fat (higher than butter) needs to be considered in the context of our Western diet.

“Traditionally these populations consumed coconut oil in the context of a simple diet with coconut flesh (which has the added advantage of fibre), vegetables, fruit and seafood along with an active lifestyle. They also weren’t filling up on cheese, butter and takeaways, which are common sources of saturated fat in our diet today.”

There are few clinical trials on humans to determine whether coconut oil is beneficial for heart health. A New Zealand study in 1995 assessed the effects of coconut oil, butter and safflower oil on lipids (fats and other esters which are the main structural components of cells) and lipoproteins in people with moderately high cholesterol levels.

A follow-up study in 1998 assessed the effects of coconut oil, butter, and safflower oil on healthy Pacific people. This study confirmed the 1995 findings: total and LDL cholesterol levels were highest on the butter diet and lowest on the safflower oil diet, with coconut in between.

Delvina Gorton from the Heart Foundation says these studies, and others included in the Foundation’s review, confirm that for heart health there’s nothing special about coconut oil.

“While it looks like it’s better than butter, in general it’s best to stick with other plant oils like olive oil and just use coconut oil if you want it for flavour.”

What about the claim coconut oil will kill harmful mouth bacteria that can lead to dental disease? We asked David Crum, CEO of the New Zealand Dental Association, whether this stacked up. He says this claim is false.

“There was some early evidence that these oils may have some action on the micro-organisms or dental plaque. I have not seen enough clinical research to be able to claim these oils are beneficial, safe and useful for patients.”

He also says there are many fluoride toothpastes and mouth rinses that will help reduce dental disease.

In 2013 a new standard for nutrition, health and related claims became law under the Australia New Zealand Food Standards Code. The standard stated that all claims must be scientifically substantiated. As well, any food making a health claim must meet nutrient profiling scoring criteria (NPSC): it can’t be too high in saturated fat, sugar or sodium.

We’re concerned many claims being made for coconut oil don’t stack up – and because coconut oil is high in saturated fat it does not meet the NPSC and it should not be permitted to make health claims. We’ve passed our concerns on to the Ministry for Primary Industries, responsible for enforcing the Australia New Zealand Food Standards Code in New Zealand. 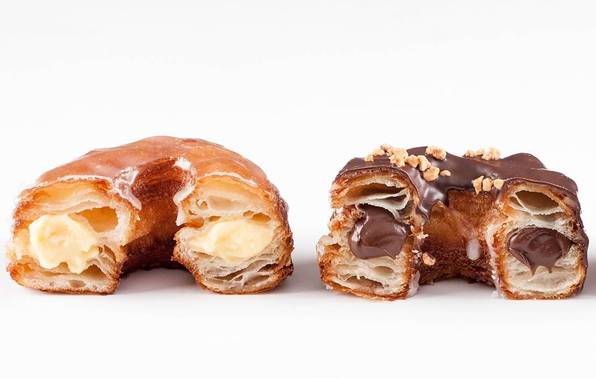 Recently there have been studies and opinion pieces stating saturated fat isn’t really the bad guy. So is it time to swap olive oil for butter?

Guy B.
Effects on LDL cholesterol

While coconut oil and butter may have the potential to raise LDL cholesterol, their effect is to increase the larger and less damaging particles and NOT the vsLDL which is the substance that has potential to cause damage in arteries etc. It is vital to differentiate as just to say they increase LDL is misleading and simplistic.

Guy, what is your ref for the effect on LDL particel size? Thanks.

Not much use without a key.
Coconut oil is also promoted as being higly beneficial to skin & hair. It is the most drying oil there is. If I use it, my skin literally flakes off, I can tell immediately if soap etc has coconut oil in it but it's getting harder & harder to identify & therefore avoid it.

Thank you for bringing this to our attention. I have added the key. Thanks, Kate- Consumer NZ staff.

It would be nice to know what the colours represent on the graph??

Hi Peter, the graph now has a key explaining what the colours mean. Thanks, Kate - Consumer NZ staff.

Laraine B.
Coconut oil is extremely pleasant to use for cooking with,

which is more than I can say for rape seed oil (canola). I can't understand why this oil is considered so healthy. I used it over 20 years ago and got sick of my husband's complaints about the horrid smell. He doesn't complain about either coconut oil or dripping. The only other fats I use are butter and (in small amounts) olive oil.

See 8 more comments
This field should be left blank