Your rights when buying goods.

Have a question about your rights with products or goods? Here’s how to handle some common scenarios we’ve come across.

I bought a new lawnmower, but I’m having trouble starting it. What are my options?

The Act states that goods must be of “acceptable quality.” Acceptable quality in this situation clearly means a new, reliable machine. You can ask the shop to repair the mower so it starts as it should.

If they are unable to do so within a reasonable time, or refuse to do so, you can ask for a replacement new mower without the fault, or get a refund. A refund under the Act means exactly that – a full cash refund – not a credit note, and not a refund less deductions for anything related to the failure of the goods.

My new mower came with a free TV, which blew up after a week. Is it covered by the Act?

Yes. Free gifts are covered, as are household goods that are hired, rented, leased or bought on hire purchase.

When I bought a pair of jeans on sale there was a sign saying, “No refunds on sale items”. Is this legal?

No. The supplier is illegally attempting to contract out of the Act. If you find a defect in the jeans after you buy them, you have the right to return them and ask that they be repaired. If the supplier refuses or cannot repair them in a reasonable time, you can ask for a replacement pair or a refund.

The same applies to “seconds” (goods sold as damaged). However, you cannot complain about the defect that made the product a “second” in the first place, if you were told about that defect prior to buying it.

What does “contract out” mean?

To “contract out” is where a supplier says the Act does not apply to the goods or services they are selling.

Contracting out must be done in writing.

I was given a new microwave as a birthday present 2 years ago. I unpacked it only recently, to find it doesn’t work. Can I take it back?

There are 2 issues here. First, gifts are covered by the Act just as if you have bought them yourself (you may need proof of purchase, of course).

Second, a claim under the Act must be made within a “reasonable time”, which is defined as the period from when you obtained the goods to the point in time when it would be reasonable to expect the defect to become apparent.

Factors considered in deciding this period include the type of goods, their normal use, how long they usually last and how much they have been used.

I bought a microwave on Tuesday knowing that I was hosting a dinner party on Saturday. The microwave is faulty and won’t be repaired in time. Can I demand that the store gives me a loan one until mine is repaired?

Unfortunately there is nothing in the CGA to help you in this situation. The law doesn’t give you a right to a continuous possession of a working appliance just because you’ve bought one. We suggest you appeal to the store’s sense of customer service.

I bought a scooter to commute to work, but when I took a short-cut down an off-road track the wheel buckled. Can I claim against the supplier?

No. Scooters are designed for use on asphalt and concrete, not for off-road conditions. You are covered by the Act only if the goods are not fit for their ordinary purpose, or any proposed purpose you made known to the supplier prior to purchase, or if misrepresentations are made by the seller before the sale.

I recently ordered a plain green woollen jersey from a mail-order catalogue. When it arrived it had a large owl embroidered on the front. What can I do?

Return it and get a refund or replacement jersey, minus the owl. Goods must match the description or photograph shown in the catalogue. The company must also cover the cost of the return postage.

On the spur of the moment I bought a beautiful picture, but my wife hates it. Can I get a refund?

No. You can return a product only if it fails to live up to the guarantees in the Act. If you simply change your mind, then all you can do is tell the supplier and politely ask for your money back.

They are under no obligation to refund you, but some will, to promote good relations with customers. The money-back guarantee (with proof of purchase) offered by The Warehouse is well known, but there are many other stores that do the same. This exceeds the requirements of the Act.

I bought a washing machine with a 3-year warranty. 1 week after the warranty expired, the gearbox seized up. The shop says it’s too bad. Is that right?

No. Suppliers’ warranties are in addition to those in the Act. If you have used your washing machine in a normal fashion, it should not have a major breakdown after just 3 years, so you may still have redress under the CGA. The dealer should repair the machine free of charge.

Many shops regard this as unfair – after all, you’ve had 3 years’ good use out of the washer. But the fact is, you paid for a new machine and didn’t expect after just 3 years to face major costs or end up with an inferior one.

If they refuse to accept this, you could have the machine repaired elsewhere and attempt to recover the cost from the dealer.

I told the shop assistant I wanted a heater for the bathroom, but he sold me one that short-circuited, started a fire and damaged the wall. Who pays?

The shop. In addition to replacing the heater with one suitable for bathroom use, they should reimburse you for the fire damage, because it was “reasonably foreseeable” that the fire might happen.

I missed a flight to Sydney that morning, because of the bathroom fire - and that meant I lost a big business opportunity. Can I claim for this too?

Unlikely. It was not reasonably foreseeable that the fire would cause you to miss your meeting.

I had a skylight installed in my house, but it leaked badly and my carpet was ruined. Now the firm that supplied and installed it has gone under. What can I do?

Assuming the installation was not the cause of the problem, you have rights of redress against the manufacturer. You can claim the cost of repair or the loss of value.

You can also claim for the damage to the carpet as a “consequential loss”. If the installation was the cause of the problem see our advice about what to do about a Business collapse.

I bought an ordinary vacuum cleaner to clean the carpet of my business and it broke down. Am I covered by the Act?

Possibly. The ordinary purpose of the appliance is domestic, so it should be covered. However, traders are allowed to “contract out” of the Act when they are selling goods or services for commercial use. If this happened, the cleaner would not be covered.

I bought a second-hand fridge from a dealer, but now I find the last owner owes money on it. Will it be repossessed?

The fridge is yours to keep. The problem with the debt is the dealer’s to resolve. If you feel uncomfortable about this option, you could return the fridge to the dealer and demand a full cash refund.

I bought a second-hand boat from a dealer a month ago and I’ve just discovered a spot of rot in the plywood. The dealer now says the rot was obvious and I should have seen it when I bought the boat. He says it’s my problem. Is he right?

Even though your boat is second-hand, it must be free from minor defects – unless the dealer told you about them before you bought the boat. Any known defects should be pointed out to you by the dealer, preferably in writing.

If the dealer didn’t do this, you should take it back. The dealer can then decide whether to repair the defect, or give you an identical replacement minus the rot, or take the boat back and give you a refund.

I have now discovered the “spot of rot” extends right throughout the hull. Does this change anything?

Yes. The Act says that in the case of a “failure of substantial character”, you (and not the dealer) get to choose what to do. You can demand that the dealer replaces the boat or refunds your money.

This would apply if: you wouldn’t have bought the boat if you’d known about the rot; if the boat is substantially unfit for the purpose for which it was supplied because of the rot; or if the boat is not of acceptable quality because it is unsafe.

I paid $50 for a beat-up old stereo from a second-hand shop. The shopkeeper told me it goes, but she didn’t know how well. The sound quality is poor. Can I take it back?

You can ask - but the shopkeeper is under no obligation to refund you. She could argue that, bearing in mind what she told you at the time of sale, plus the age, condition and price paid, it was of “acceptable quality” under the Act.

I bought a guitar from a music shop, but the tuning heads keep slipping. The retailer now says he sold it to me on behalf of someone else, so the sale wasn’t covered by the Act. Is he correct?

No. The Act clearly states that a supplier includes a person who is acting “as an agent for another”.

I bought my car at auction, and it broke down soon after. Am I covered by the Act?

Yes. From 17 June 2014 the Act covers goods sold at auction where the seller is a professional trader.

I bought my car over the internet, and it broke down soon after. Am I covered by the Act?

I bought a TV at a garage sale. The guy said it worked fine, but it doesn’t work at all. Can I make him take it back?

Sorry, the Act does not cover private sales. However, if you can prove you were misled, you can demand your money back under common law. Take the guy to a Disputes Tribunal if he won’t play ball. 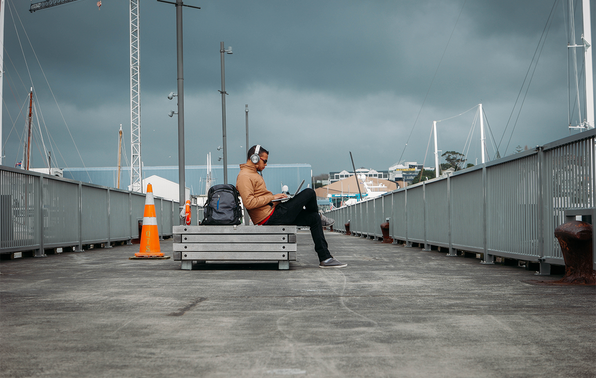 What should you include in a complaint letter?

We have a number of useful letter templates to help you create your own letter of complaint and stand up for your rights.