Earlier this year, we petitioned the Government to go further than the Commerce Commission’s recommendation and look into regulating access to wholesale supply. Our petition racked up more than 78,000 signatures.

“Although the devil will be in the detail, wholesale access is the key to healthy competition in the grocery sector,” Consumer NZ Chief Executive Jon Duffy said.

“It will remain difficult for grocery retailers outside the duopoly to set up or expand if they can’t access a decent range of wholesale groceries at reasonable prices. This is the logical next step in the Government’s work plan to fix the broken supermarket sector.

“We are pleased the Government has recognised that relying on the supermarket giants to play fair was never going to work,” he said. “It’s clearly not in the commercial interests of the duopoly to voluntarily open up their wholesale supply to competitors.

“New Zealand consumers are fed up with excessive profits in the supermarket sector – they deserve better. Without a genuine regulatory threat from the Government, the status quo will continue. Today’s announcement sends a clear message to the duopoly: The party is over and now it’s time to start playing fair.”

Our nationally representative research found that trust in the major supermarkets has plummeted over the past 12 months. In June 2021, 17% of New Zealanders said they did not trust the supermarkets. Fast forward to July 2022 and lack of trust in the industry has reached 40%. 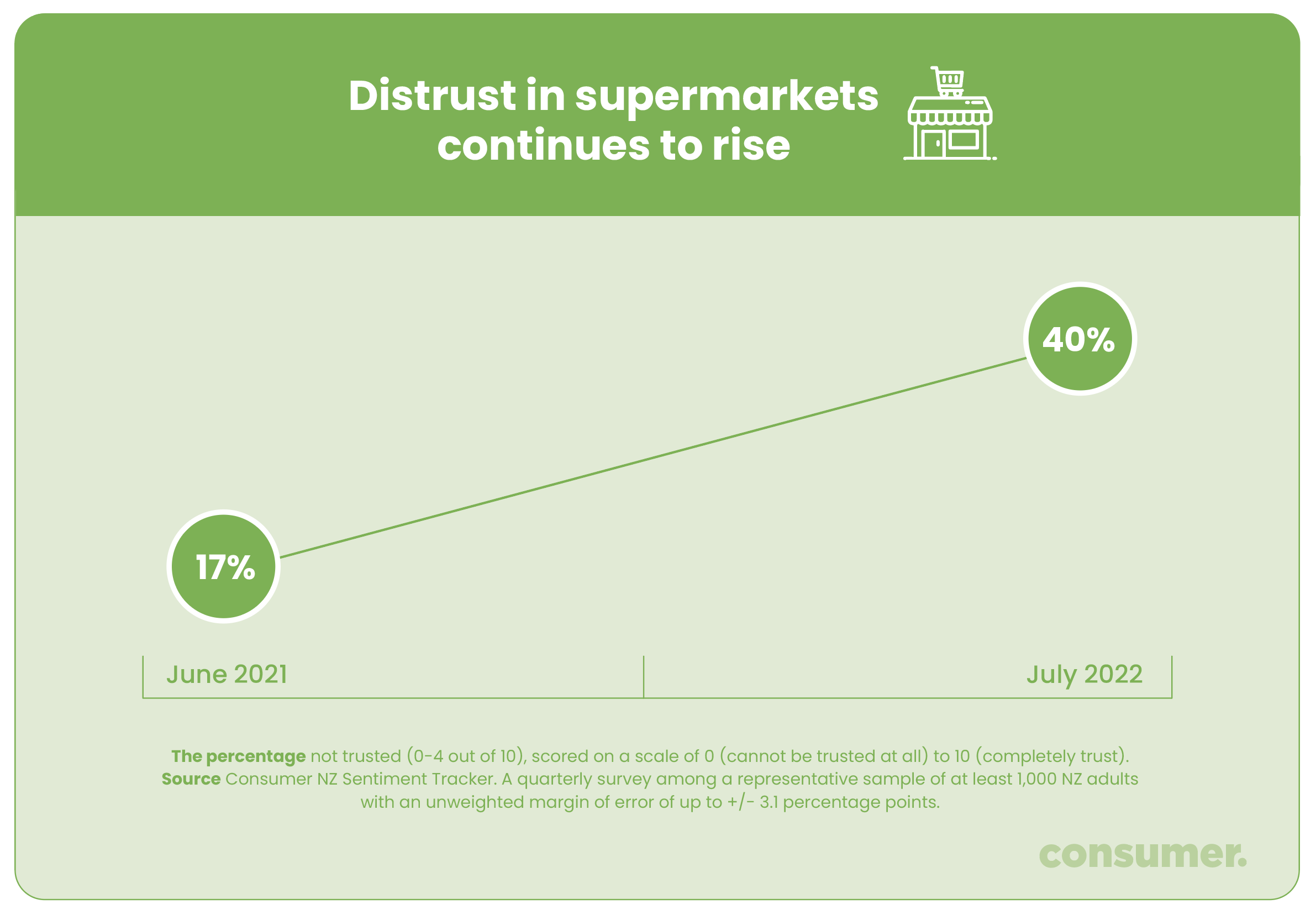 Consumer’s Sentiment Tracker found that New Zealanders’ concerns about the cost of living has risen sharply over the past year, with food prices a key component. At present, the cost of food ranks second highest on a list of financial concerns, behind housing payments. Last year, food ranked as the eighth highest concern, trailling other household outgoings such as healthcare and personal debt.

“We understand there are a host of factors driving the current cost-of-living crisis and that many of these are beyond the direct control of businesses,” Duffy said. “At the same time, we believe cost-of-living pressures must be borne evenly and fairly between consumers and the big businesses, such as supermarkets, that we all rely on.

“New Zealanders should be able to trust that they’re paying a fair and competitive price at the supermarket. While factors such as transportation costs, the international situation and Covid-related delays contribute to high food costs, the lack of competition in the supermarket sector is also a key contributor,” he said.

“The Commerce Commission found that supermarkets are earning more than $1 million in excess profits a day. How is that fair, as many people struggle to feed their whānau?

“Meaningful change in the supermarket industry won’t happen overnight, but there are clear signals from the Government that it will hold the duopoly to account and make changes that create a framework for a competitive and healthy supermarket sector. This has our strong support.” 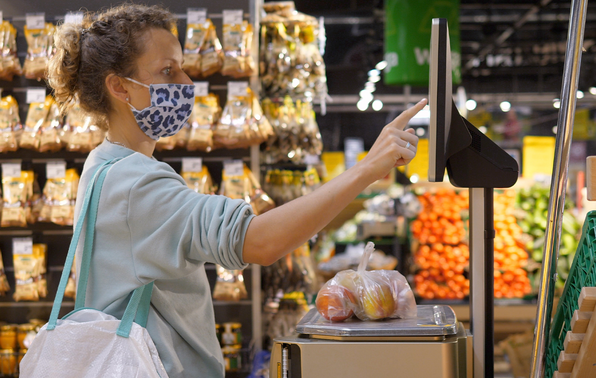 Help us stop the super-profits

With the cost of living rising, many New Zealanders are struggling to put food on the table. We’ve been calling for fixes to make the supermarket industry truly competitive and bring down prices. Thanks to our supporters many of these are now happening, but there is still a long way to go to tackle the duopoly. Join today to support our mission to fight for fairer food prices.