4 ways to cool your home in summer

Rising temperatures got you into a sweat? We explore four cool-down options for effectiveness and cost-efficiency.

High temperatures can have adverse effects on your health. Luckily, things are pretty manageable if you take the right steps to make sure your home stays cool. We’ve investigated heat pumps, fans and portable air-conditioners to explore all things cooling and see what might work in your home.

Your cheapest option is flinging open the windows, but this might not be a solution if the weather’s still, or if you’re worried about security or being bugged by mosquitos. For many, the go-to is a plug-in fan – they don’t cool the air, but the feeling of a gentle breeze on your skin is often enough to make you feel comfortable.

These can vary from small USB-powered desk fans to tall pedestal models. You’ll only feel cool when the fan is directly blowing on your skin, so they should be aimed at you while you sit on the couch in your singlet and shorts.

We don’t test fans, but we have performed some lab tests to see if there are any performance differences. We’ve seen that while they generally all work pretty well, there is a difference between tower fans (the tall skinny, rectangular ones) and pedestal fans (the ones that look like a lollipop). Pedestal fans, in general, are better at moving air around the room, but aren’t as sleek and easy on the eye as the tower variety. In a summer heatwave, it doesn’t really matter what type you buy, you just want the one that blows air on your skin – and they all do that.

Most plug-in fans have a small electric motor (50-60W), so power usage is miniscule. For example, a 60W fan running 8 hours a day costs about $4 a month. However, if you start chucking fans in every room and running them non-stop, you could be in for a shocking power bill. They don’t cool you down when you aren’t in the room, so make sure they’re switched off when you leave.

Tip: Set your fan up next to an open window and point it outside in the evenings. The warm air in your house home will be drawn out and replaced with cooler air.

If you’re shopping for a new plug-in fan consider:

This pedestal fan comes in fashionable matte black to help it blend into the background (you can also find it in white if you’d rather). It’s a simple beast as there’s no timer or remote. However, it does efficiently move a lot of air to all the right places. You can raise the fan height to nearly 1.2m so it can peek over the top of your bed to keep you cool at night.

It might be a bit of a rush to install a ceiling fan the same week as an incoming heatwave, but you’ll be well set in the future without stealing a precious power point in your lounge or bedroom. Ceiling fans also come in handy in winter, as they can help circulate warm air sitting at the top of the room.

Here’s what to look for if you opt for a ceiling fan:

Ceiling fan to look for

The Aeratron AE3+ ticks all the boxes: quiet operation, efficient air movement and ease of use. We measured 32dBa when the fan was on its medium setting, which is whisper quiet. On the highest fan setting, the AE3 only draws 18W of power, so it’s also cheap as chips to run – it’ll cost you less than $10 per year to run it!

Don’t let the name fool you. You can set your heat pump to “cool” and sit back in comfort while the tar melts on your driveway. Generally, heat pumps aren’t as efficient in cooling mode compared with heating mode, so expect the cooling capacity of your heat pump to be 0.5 to 1kW less than its heating capacity. That said, they’ll still put out more considerably more cooling kilowatts than the power they consume.

Unlike fans, a heat pump will actually cool the air in your home, and sometimes that’s the only thing that’ll make you comfortable, especially when things get humid at night. If you go down the heat pump cooling route, remember to clean the filters before switching it on. It makes a considerable difference in performance.

Check out our database of 292 heat pumps to find the best-performing models.

This small 2.7kW heat pump is best suited to smaller rooms, such as bedrooms or studies, rather than larger living areas. Not only is it a great small room heater, it’s incredibly efficient at cooling – it actually beat out 291 other models to top our cooling scores. This model sits high on the wall, so it doesn’t take up any space on the floor of the bedroom.

We’d consider these a last resort. They aren’t as portable as the name suggests, since they require ducting to an outside window, and are nowhere near as efficient as heat pumps. They’re generally much louder, as the compressor is in the room with you (a heat pump compressor is fixed to a wall outside). That makes sleeping next to one a bit of a challenge.

They’re cheaper to buy than a heat pump (you can get one for as little as $400) and don’t need installation, so they might be an option for renters looking for a bit of relief from the heat and finding a fan just isn’t doing the job. If you do go for a portable air conditioner, look for a model with wheels, as the units can be difficult to heft around the room.

While there aren’t any wheels on this 32kg behemoth, it does have a trick up its sleeve when it comes to the refrigerant used. This model uses R290 (Propane) which is much better for the planet than the typical stuff that we usually typically see – R32 or R410A.

At 2.9kW of capacity, this is suited to a smaller room, but be warned that it’ll be hard to sleep next to when running on its highest setting – it makes a real din with a measured 62dBa. 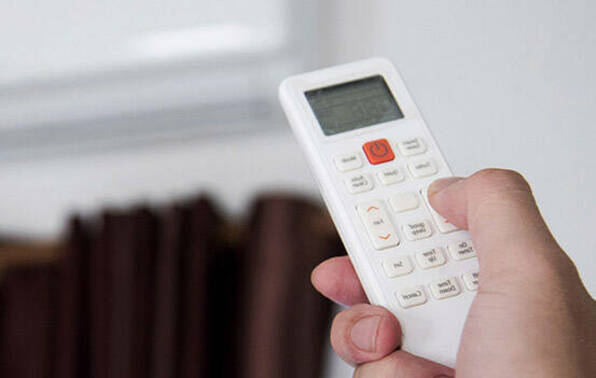 We've created a step-by-step guide to finding the right heat pump for you.