It’s not always easy to tell where your frozen fruit and vege comes from.

Broccoli from China, berries from Chile, brussels sprouts from the Netherlands. Last year, New Zealand imported more than $38 million worth of frozen fruit and vegetables but our survey found it’s not always easy to tell where these products come from.

Frozen fruit and veges are a great standby in the freezer, perfect for throwing into a casserole or adding to your breakfast smoothie. But you shouldn’t assume that frozen goodness has been picked and packed in New Zealand.

We checked out country of origin statements of frozen berries and veges in the supermarket freezer. We found spinach and broccoli from China, mashed potato made in Belgium and strawberries from Peru. However, of the 81 packets we looked at, 17 had vague statements the product was made or packed in New Zealand from local and/or imported ingredients or packed in New Zealand from imported ingredients. This meant it was impossible to tell from the label where the food came from.

Talley’s is the only company in our survey that uses 100 percent New Zealand produce. According to Bob Darragh, Talley’s national sales manager, it’s the company’s point of difference. “We’ve only ever run out of spinach so we didn’t sell that product for a while. And to get around availability issues we vary what’s in our frozen vegetable mix depending on what’s in season,” Mr Darragh said.

Most of the berry companies in our survey are upfront about where their berries come from. At the time of our survey, berries were out of season but most companies had printed the origin statements on the pack. Sujon and Oob Organic list the multiple countries of origin in their mixed berries.

When it comes to frozen veges, companies don’t have a consistent approach to labelling. McCain says on the packaging its broccoli comes from China and brussels sprouts from the Netherlands. But its frozen capsicums, cubed pumpkin and sliced mushrooms are “packed in New Zealand from imported ingredients”, so could come from anywhere. A spokesperson for McCain told us it sources the majority of vegetables from New Zealand, and smaller quantities from South Africa, China, Europe and North America.

Wattie’s tells you where its New Zealand-grown veges come from (even down to the region). However, Wattie’s free-flow spinach and some vegetable mixes have vague statements about their origin. Mike Pretty, managing director for Heinz Wattie’s, told us more than 80 percent of vegetables used in its frozen vegetable products were grown in New Zealand. But for a variety of reasons, including product availability, it sources some ingredients from Belgium, China, Ecuador, Guatemala, Spain, Thailand and the USA.

It’s a similar story for supermarket house brands. Some products state their country of origin, while others state “made in New Zealand from local and imported ingredients”. A Countdown spokesperson told us this statement on its products meant more than 50 percent of the ingredients came from local sources (if “imported” was first in the statement, then more than 50 percent of the ingredients would be imported). Foodstuffs said it used the statement on multi-ingredient products that contain New Zealand and imported produce.

What does the law say?

Why don’t we have it?

The government and some big export players in the dairy and meat industry, such as Beef & Lamb NZ, are against compulsory country of origin labelling. These groups believe a voluntary system, backed by the Fair Trading Act, is a better option. These are their main arguments.

It’s not a health and safety issue

According to the Ministry for Primary Industries, knowing the country of origin doesn’t convey whether a food is safe or suitable. This is established by food safety measures such as pre-clearance arrangements with countries from which we import and monitoring compliance with food safety laws. In addition, imported high-risk foods (such as some cheeses and seafood) are checked at the border.

But border controls aren’t fool-proof. The venomous spiders recently found in imported Mexican grapes is a case in point.

Increasingly, consumers want to know where their food is from so they can make informed choices about what they buy. A 2013 study by Massey University published in the Journal of Market & Social Research concluded consumers’ desire to know the origin of fresh produce was high and their support for mandatory origin labelling was strong.

Study co-author Dr Judith Holdershaw, senior lecturer in marketing at Massey University, told us there was a clear country of origin effect when the origin was available to respondents.

“Eighty-seven percent of respondents in our study wanted mandatory labelling for all fresh fruit, meat and vegetables. And when asked how often they looked for this information more than half said often or always,” Dr Holdershaw said.

Product safety isn’t the only issue – supporting local producers and the local economy, reducing the food miles on the food they eat, and avoiding certain countries for ethical reasons such as workers’ rights also influence consumers’ purchasing decisions.

A cost-benefit analysis undertaken in 2005 by the New Zealand Institute of Economic Research for Food Standards Australia New Zealand concluded the cost of country of origin labelling exceeded the benefits to consumers. The report estimated the likely costs (with mid-range assumptions) would be $60 million. Some manufacturers claim they’ll need systems for tracking where ingredients come from and will also have to change labels. Industry says these costs will be passed on to consumers.

But manufacturers already have systems in place for tracking where their food products come from – or they should have. A McCain spokesperson said the company has a certificate of analysis for each delivery of vegetables. Countdown has a quality assurance programme to ensure its house brand products are fully traceable. At Wattie’s, the same checks are applied to imported and local ingredients.

Manufacturers often change packaging for marketing promotions. The practice of laser-printing the country of origin on the label that some berry companies use is an example of how the information can be provided without the cost of a complete packaging change.

It may affect our trade

Some meat and dairy industry groups say we need as much flexibility as we can for marketing our food. Ashley Gray, marketing manager for Beef & Lamb NZ, told us mandatory country of origin labelling could be used as a trade barrier. It recognises country of origin labelling is becoming more important to New Zealanders and is committed to voluntary labelling. But it argues the voluntary uptake of labelling demonstrates the lack of a need to make it mandatory.

“It’s hard to argue that this will affect our relationship with these countries and at the very least we should match Australia’s policy,” Ms Catley said.

What the packets say 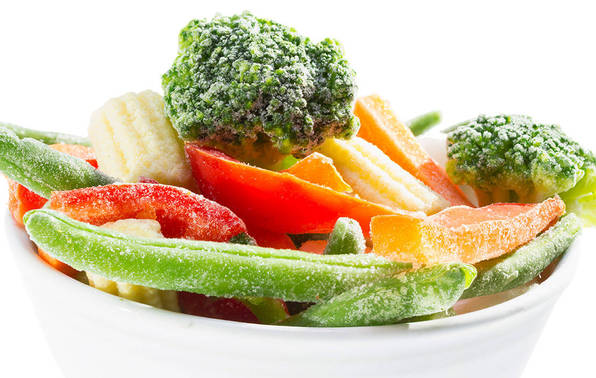 The countries from which we import the most frozen fruit and vegetables are:

Data from 2014 and sourced from Statistics NZ

Steve B.
Government speaks with a forked tongue.

How can the government say that its aligned with Oz for food labelling when Oz is so different to here.
https://www.woolworths.com.au/shop/discover/about-us/country-of-origin
There labelling is so good that when checking the standard honeys we found only one with 100% Ozzy honey, all the reste were imported blends.
After the bad Chinese press about their food, we wont go near it and the thought of every eating chinese broccoli makes me feel quiet sick.
We have an absolute right to know where our food comes from and this and the last government have sorely let us all down, siding with big business over the people.
Why?

This is not information. The term does not need to exist as it tells us nothing. Surely its our right to know where things come from if we are paying money for them. And we should not need to phone the manufacturer every time we are fed mis-information.

It is disgusting that compulsory labelling is opposed as not being good for trade.

What about the idea of buying by informed consumers? Why is the government placing the interests of producers over consumers?

Ross M.
Why this prejudice against China?

Nearly every comment so far shows or implies some sort of prejudice against China. I think this is based on ignorance rather than prejudice, but it is a worry. China is a huge country. It is stupid to think the polluted city environments we see on TV from time to time apply across the whole country. That is like assuming that all of Australia looks like West Sydney. The important thing in my view is food quality and the ability of suppliers to quickly identify and remove from the shelves all food from a batch that turns out to have problems.

I have heard from trusted sources that although the produce Talleys use comes from NZ they get it processed in China, which sounds crazy but apparently true. Could you please check with them?

Mortified to see companies importing in Chinese fruit and vegetables. This country has polluted soils and ground water supplies. It also has some of the most barbaric working conditions in the world and tehse companies are using Chinese produce as it costs a fraction of Kiwi produce. If I see China on any food, back it goes, a lot of pre packaged fish products are Chinese too (Especially Shore Mariner products) and the Vietnamese Cahora Bassa fish, which is grown polluted muddy swamps of the Mekong.

Basically if a country is China or 3rd world I leave it alone. Hopefully with the collapse of China, we can stop relying on Chinese goods so much.

Anna L.
Sujon and Talleys all the way!

Yes I always check COO when buying frozen (and canned) produce.
I appreciate Sujon being upfront. And I'm ok with Canada and Chile as the originating country, so we can still have berries in our smoothies. But I will not buy tinned or frozen goods from China.
And well done to Talleys for being NZ only!
I worked out a long time ago that Watties was not NZ only....

After reading the article I sent an email to Watties about their Super Mix frozen veggies which are made for "local and imported" ingredients. They promptly replied (which was excellent) and told me that some of the ingredients such as the broccoli may come from South America. I asked about the spinach and it turns out it comes from ... China.

I make a point of only buying NZ produce if it's food we can grow here. We stopped buying canned fruit years ago & now bottle our own in summer. I buy Talleys frozen veges if I need them, because they do guarantee they're locally grown. I never buy any food produced in China. The only thing of USA origin would be prunes. I won't buy meat that isn't clearly labelled as NZ. I'd rather pay more for local food if I have to. If I can't get NZ I will sometimes buy Australian

I think there is some naivety here. Countries like China have very polluted soils and are not as straight forward or honest as we might think here in New Zealand. Try looking up videos or stories on the state of farmland soil in China. Any of their own people who speak up about this are silenced. Wake up people!

In the manufacturing sector just talk with engineers from any company having products manufactured in China. Unless you have constant surveillance by your own engineers in the factory the product can not be trusted.

See 9 more comments
This field should be left blank