Domestic flights and your rights

Booking flights for a domestic getaway? We explain your rights if your travel plans come unstuck.

Flight to Queenstown cancelled? Airline lost your bags in Rotorua? Holed up in Hamilton Airport by wet weather? We answer your questions about domestic flights and consumer rights.

The airline cancelled my flight. Can I get a refund?

You’re entitled to a refund if your flight is cancelled due to an event within the airline’s control – for example, a problem with the plane or the airline mucking up the flight schedule.

Your rights to a refund in these situations are set out in the Civil Aviation Act. When the airline’s at fault, the act says you’re entitled to compensation of up to 10 times the cost of the ticket, or the actual cost of delay, whichever is lower. So in addition to flight costs, you may be able to claim other expenses, such as meals and accommodation.

But it’s a different story if the flight’s cancelled because of bad weather or something else outside the airline’s control. The act doesn’t require the company to provide compensation in these circumstances.

Instead, your rights will depend on the type of fare you bought, and the airline’s terms and conditions. If you bought a flexible fare that’s fully refundable, you’ll be entitled to a refund no matter the reason for the cancellation or delay. Otherwise, the airline will usually rebook you on another flight or offer you a credit.

If I’m rebooked on another flight but the time doesn’t suit, what can I do?

If the reason you’ve been rebooked is because the airline’s mucked up, you don’t have to accept the new flight time. You can ask for a refund instead. For events outside of the airline’s control, ask for a credit or to be rebooked on a later flight.

The airline’s denying any responsibility for the flight cancellation. Can it do this?

It can only avoid responsibility for events that are clearly not its fault. Think bad weather, natural disasters, pandemics.

Otherwise, it’s responsible for the problem and must meet its obligations under the Civil Aviation Act. It’s up to the airline to prove the event was outside its control.

If the airline isn’t being straight up and is misleading you about your rights, make a complaint to the Commerce Commission. You can also complain to the Ministry of Transport, which administers the Civil Aviation Act.

If the airline is at fault, and has refused a request for a refund, talk to your bank about a “chargeback” (a refund to your card) if you paid by credit or debit card.

What if I’ve just changed my mind and no longer want to travel? Can I get a refund?

In this case, you’ll normally only be entitled to a refund if you paid for a fully refundable fare.

Otherwise, you could consider changing your flight to another date – though you may have to pay extra – or asking the airline for a credit.

Will travel insurance cover me if I change my mind about travelling?

Airlines are keen to promote flight cancellation insurance but be aware policies have numerous exclusions. For example, Air New Zealand’s domestic trip insurance, offered for an extra $20 when you book local flights, excludes cover if you fail to check-in on time or you need to cancel because of work commitments.

You’re also not covered if the reason you need to cancel is because of a problem caused by the airline or another travel provider.

I cancelled my fully refundable fare but eight weeks later I’m still waiting for a refund. Is there anything I can do?

In our book, that’s too long time to wait for a refund. Airlines, like other traders, have to carry out their services with reasonable care and skill.

If the airline is dragging the chain and you paid by credit or debit card, you’ve got grounds to ask your bank for a chargeback.

Alternatively, you could take the airline to the Disputes Tribunal to seek a refund of your refundable fare.

Will my refund include optional extras such as additional bag fees or seat selection fees?

Yes. Any refund should include the optional extras you bought when you booked your flight.

What happens to my flight if we go into lockdown again?

Unfortunately, unless you buy a refundable fare, you’ll only be entitled to a credit if further travel restrictions result in flight cancellations.

I’ve got a credit from an Air New Zealand international flight that was cancelled due to the lockdown. Can I use it for domestic travel?

However, at present, it only works if your credit is from a single flight. Anyone with credits from multiple flights or a group booking needs to contact the airline’s call centre to redeem them.

Flight booked through a travel agent? You’ll need to deal with the agent.

What if I haven’t been able to use my credit before it expires?

Ask the airline to extend the expiry date of the credit. For Air New Zealand flights cancelled due to the Covid-19 lockdown, you have until 30 June 2022 if you received a credit before 1 July 2021 to book travel, and until 30 June 2023 to fly. For credits received after 1 July 2021 you have 12 months from the day your credit was processed to book a flight, and a further 12 months to travel.

If you’re unable to use the credit due to health reasons or financial hardship, ask the airline for a refund. Air New Zealand will consider refund requests on compassionate grounds.

You could also consider booking a flight for someone else and asking them to reimburse you the cost of the fare.

What’s the situation with taxes? Are they refundable if I don’t fly?

If you buy an airline ticket but don’t use it, you can ask for a refund of third-party charges such as airport taxes. That said, the airline may charge a fee to process your request, which means it’s typically not worth the effort for a cheap fare. You’d be better off asking for the fare to be held in credit.

GST is a bit different. Airlines must charge customers the tax at time of payment. Unless the airline refunds you or holds your fare in credit, it must turn over the GST to Inland Revenue.

The airline’s lost my bags. Does it have to compensate me?

Yes, but there’s a limit. When you’re flying domestically, your rights for lost luggage are set out in the Contract and Commercial Law Act. Under the act, the airline is liable for loss or damage to your bags up to $2000. So if you’re travelling with pricey gear, it’s better to keep it with you rather than stow it in your luggage. 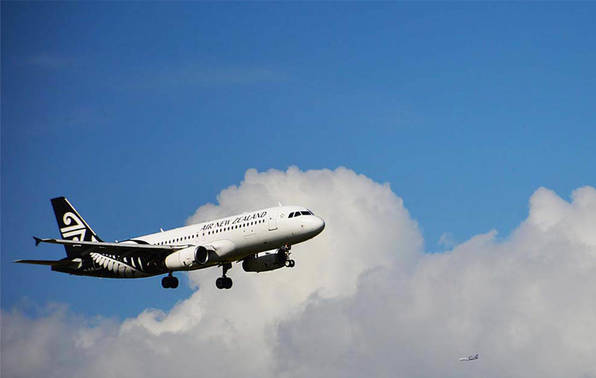