The white papery sheets claim to “prevent colour run accidents” and “allow mixed washes”. We devised a trial to see how effective they are.

The Dylon Colour Catcher ($7.99 for a box of 12 sheets) is a white papery sheet, 248x107mm, emitting a strong whiff of detergent. The box claims it will “prevent colour run accidents” and “allow mixed washes”. Many of the five-star reviews I browsed on Amazon suggested these innocuous little sheets are laundry miracle workers.

I expected the best and devised a trial that would prove the product and change my laundry life forever.

I started this trial full of hope – freedom from the tyranny of separating colours and whites in my laundry, and an end to the eternal question of how to wash white underpants with black trim.

To be fair to the Dylon Colour Catcher, it never promised me a miracle. Small print on the box explained its limitations, stating “New coloured garments should be washed separately for at least six first washes” and “Bed linen, towels and jeans should always be washed separately”.

Of course, I ignored the small print. Instead, I focused on the prominent picture of red and white t-shirts printed alongside the statement “prevents colour run accidents” and the bold text assuring me of “maximum protection against discolouration and colour runs”.

For my first and most extreme trial, I washed a white cotton t-shirt with a new $8 burgundy towel and unwashed black jeans. After a 60°C cotton cycle in my front loader, with no Dylon Colour Catcher sheets, I fished out a t-shirt now in a fetching shade of lilac.

I repeated the wash with an identical load, but added two Dylon Colour Catcher sheets. The instructions said, “for dark and intense coloured fabrics, cotton and non-colour-fast garments it is recommended to increase the number of sheets”. So one sheet surely wouldn’t be enough.

Excited at my impending miracle, buzzing at a future of just throwing all washing into the machine with a Dylon sheet and scant regard for colour-fastness, I opened the door and retrieved … a t-shirt in a similarly fetching shade of lilac to the first, plus two Dylon Colour Catcher sheets with a much darker purple hue. 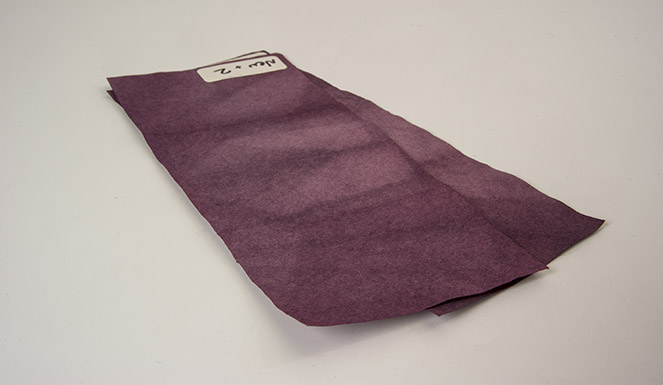 The two Dylon Colour Catcher sheets after being washed alongside a new burgundy towel and unwashed black jeans.

The box says: “The proof is on the sheet!®.” My proof was two very purple Dylon Colour Catcher sheets, so the product worked, right? Well, my lilac t-shirt had something to say about that.

Let’s reiterate. This wasn’t a fair trial. I ignored the small print explaining the product’s limitations. From this trial I can safely conclude the product won’t prevent colour transfer if you wash clothes like an idiot. Dylon does make that point on its box: “Effectiveness cannot be guaranteed where large quantities of dye run from non-colour-fast garments.”

For my second, slightly less extreme, trial I washed two more t-shirts. The towel and jeans had been through one wash, so had lost some of their dye. The unprotected t-shirt came out lilac again (but not as lilac as the one in the first trial).

This time, rather than two Dylon Colour Catcher sheets, I put half a dozen in the drum. Again, I approached the completed 60°C wash full of hope. Surely six Dylon sheets – half a box worth – would work magic this time? The Colour Catcher sheets came out a patchy purple. But the second t-shirt was also pale lilac. I felt a bit flat. It wasn’t an unpleasant colour, but it certainly wasn’t pre-wash gleaming white. 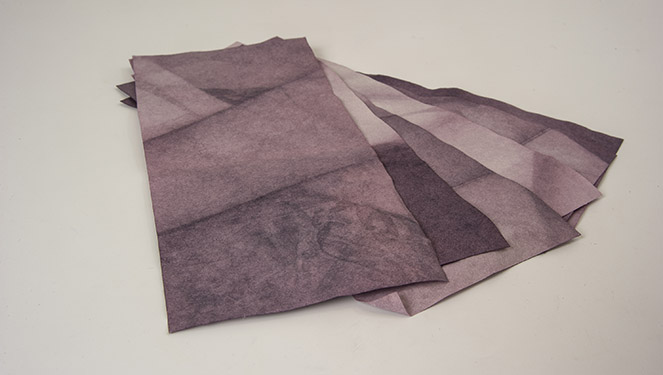 The six Colour Catcher sheets from our second trial.

Don’t just take my word for it. I ran a “Pepsi challenge” with Consumer staff. They were asked to pick the whitest of the two t-shirts in each trial. From my first (extreme) trial, 11 of 15 staff said the t-shirt washed with two Dylon sheets was whiter. But four said the two were identical. From my second (marginally less extreme) trial, two-thirds couldn’t tell the difference between the unprotected t-shirt and the one washed with six Dylon sheets.

Two trials down and I was disappointed. What’s the point of using these colour catcher sheets if they don’t stop colour run accidents? Going back to those Amazon reviews, it seems the five-star reviewers are really swayed by the colour of the sheets after a wash: “The colour catcher sheet came out pure RED” and “If you doubt they work simply look at one after it is removed from the wash!”

They also suggested longer-term use of the product is where the real benefits lie: “I've used them in every mixed wash since and they REALLY keep colours bright and whites white, by holding on to the tiny amounts of dye that leach from clothes into the water. This is what normally cause whites to go ‘grey’ and we end up throwing out lovely stuff just because it has gone grey or PINK.” It could be right out of a marketing brochure. Maybe it is, you can’t trust online reviews, right?

So to be fairer to the product, I put a sheet in with a regular wash of white and pale-coloured clothes and towels that included some of those awkward underpants with black trim. These clothes had been washed many times previously. After a 60°C wash with one Dylon Colour Catcher sheet I had no colour runs. But then, I’d not previously had a problem with colour running with these clothes. The colour catcher sheet came out a pale grey, so it had picked up some combination of dye and dirt from the water. I dare say it did what it said on the box. But I couldn’t know if it left my clothes brighter or prevented greying for sure without a long-term trial. And maybe the dirt it picked up would have otherwise just been rinsed away anyway. That’s the problem with that “proof”. It isn’t really “proof” of anything practical. 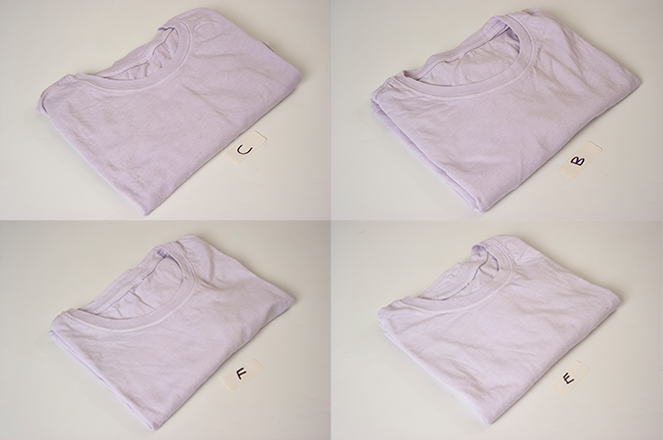 I concluded that to get any benefit from the Dylon product, I’d need to use a sheet in every wash. At $7.99 for a box of 12, that would get expensive: 67¢ each time, to be exact. In the long term, I might notice brighter colours and less greying of my whites. But nothing in the trial suggested popping a Dylon sheet in a mixed load would offer adequate protection from colour runs. So I’ll keep on separating whites from coloured clothes each wash day. And if I wash new clothes I think might run, I’m definitely not going to risk a mixed load – even if it includes a box of Dylon Colour Catcher sheets!

Gail D.
But if you are a quilter

you use them for washing fabrics and your quilts - they work great. Also those coloured papers then can be used for paper crafts when dry. Must admit have not used colour catchers for everyday washing.

I use a top loader and wash in cold water in NZ. I almost never separate colours, but almost never get dye leakage. I’ve only experienced noticeable dye leakage (from clothing that had not leaked before) when using *front* loaders in the UK. These models seem to encourage a heated wash. Could the leakage be caused by the water heat, the washer model type, or UK water?

Front loaders agitate more and use less water in general, which may result in any dye that comes out of clothes being more concentrated in the wash.

I can’t see why UK water would be any different – water around UK and NZ varies between hard and soft. But temperature can make a difference. Washing hotter encourages fibres in clothes to open up, allowing more dye to come out. I washed at 60°C – certainly not recommended for new towels and jeans! But front loaders have cool or cold wash programmes too. A tip for new clothes that you think might lose dye is to run the first wash on low temp using white vinegar instead of detergent – which may help ‘set’ the dye.