We’ve tested fly sprays to see how fast they knock down flies and whether they can kill ’em dead.

Summer’s around the corner. That means beaches, beers, barbecues – and flies! We tested aerosol fly sprays and found not all products kill flies dead. The “natural” product left more than 80% of them still buzzing.

Flies in the kitchen are annoying – not to mention the yuck factor if they land on your food. The fastest solution is reaching for a can of fly spray, but we’ve had complaints from members some sprays don’t do the job. Or, if they do knock the critters down, hours later they’re back up again!

• Mortein Fast Knockdown Multi Insect Killer and Black Flag Rapid Kill Blowfly Strength Fly & Insect Killer were the fastest-acting sprays – both felled 50% of the flies in less than 20 seconds, and 90% in less than a minute. However, their valves released about double the amount of spray in 2 seconds compared with other products, so you’ll go through a can faster. This may also be one of the reasons they worked so fast.

• Raid One Shot Multipurpose Insect Killer Odourless and Expra Fly & Insect Spray Low Odour took slightly longer to strike down the flies, but they did the job with less spray, so work out cheaper per spray.

• If you’re after a “natural” alternative, you’ll be disappointed. Raid Earth Options Fly & Mosquito Killer was the only spray in our test containing natural pyrethrins but it failed to deliver. It took 26 minutes to knock down just 50% of the flies. It didn’t manage to knock down 90% of flies, and after 24 hours 80% of the original flies were still alive.

• Don’t be fooled into thinking that Mortein NaturGard is a natural product. While it’s fragranced with citronella, its active ingredients are synthetic pyrethroids.

Our test found most fly sprays work to some degree, so why are we hearing they aren’t always effective? We asked parasitologist Dr Allen Heath to give us the facts on flies.

According to Dr Heath, there’s overseas evidence flies are becoming resistant to some fly sprays, but no studies have been done here. Even though resistance in New Zealand is possible, he thinks it’s more likely consumers aren’t patient enough to wait for the sprays to work, or they aren’t using them in the most effective way.

“You must make sure each fly is hit directly by a spray droplet – don’t just wave the spray in the air and hope for the best,” Dr Heath says.

This is why he doesn’t think automatic dispensers do a great job either. “Most of the spray dissipates without necessarily contacting any flies. And if they do contact flies, there may not be enough spray to knock them down or kill them. For a natural approach, you can’t beat a fly swat!”

Synthetic pyrethroids, such as esbiothrin and tetramethrin, or natural pyrethrin, which is made from a species of the chrysanthemum plant, are the main active ingredient in fly sprays. These “knock down” agents interfere with a fly’s nervous system, causing paralysis. A fly’s digestive system can break down these ingredients, which is why some recover.

For this reason, some products also contain synergists, such as piperonyl butoxide or N-octyl biocycloheptene dicarboximide (MGK-264 for short). Synergists don’t kill the flies but delay the breaking down of the active ingredients, giving them longer to work.

How well a fly spray works is determined by more than just the concentration of active ingredients:

Spray weight: the amount of spray released per squirt (or valve output) affects the dose a fly gets. Each 2-second spray of NaturGard weighed, on average, 5.98g. Mortein Odourless weighed 4.90g per spray.

Particle size: the larger the spray droplets, the fewer there are per spray and the quicker they settle, so they have less chance of coming into contact with a fly. However, if the droplets are too small, they can be deflected while the insect is flying.

Projection: a good fly spray should have a projection of more than 2 metres. This increases your chances of hitting a fly.

Tips for keeping flies away

The best way of keeping flies to a minimum is by making your home as unwelcome as possible. Here are our top tips:

• Keep doors and windows closed or install fly screens, especially around the kitchen.

• Switch on fans – flies don’t like getting blown around.

• Put outside rubbish and compost bins as far away from the house as possible and keep them covered. Rinse bottles and cans before putting them in the recycling bin.

• Keep your kitchen clean. Make sure your inside rubbish bin has a lid and is cleaned regularly. Cover or put food away and don’t leave food scraps or drink spills lying around.

We wanted to see how fast the sprays were at knocking down flies and whether the flies were dead after 24 hours.

Our test was conducted by an independent laboratory. For each product:

• Twenty-four hours later, we recorded the percentage of flies that had died.

• Each test was repeated 5 times for each product.

Our test also included a control, where the flies weren’t sprayed with anything. On average, 1 fly died in each control test. 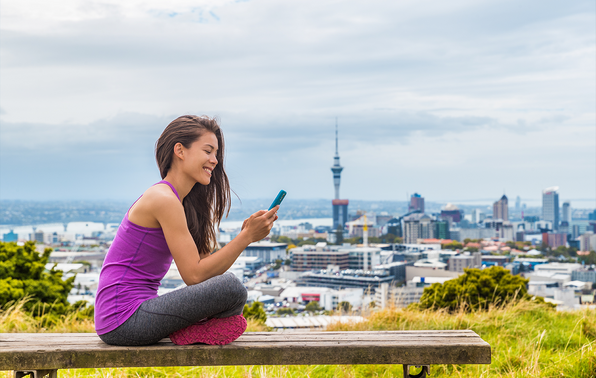 Consumer NZ is independent and not-for-profit. We depend on the generous support of our members and donors to keep us fighting for a better deal for all New Zealanders. Join us today to support our work.