We bought 24 iced coffees and assessed their sugar and caffeine content.

If you’ve been switching your flat white or latte for an iced coffee on-the-go, you may want to think twice. As well as your caffeine fix, some products provide a hefty sugar hit.

The drinks ranged in size from 237ml to 600ml so, for a fair comparison, we’ve compared the nutrition information per 250ml (about one cup). However, downing some of the larger drinks in one go means you’ll be getting a super-sized hit of sugar and caffeine.

How much sugar is there in them?

Milk naturally contains the sugar lactose (about 12g/250ml). But of the 22 dairy-based drinks in our survey, 17 had added sugar and two had added sugar plus an intense sweetener.

The World Health Organization recommends free or added sugars should make up less than 10 percent of your daily energy intake (less than five percent is suggested for additional health benefits). For an adult, five percent is about 25g or six teaspoons.

Wave Iced Coffee and Puhoi Valley Fresh Milk with Colombian Espresso were the worst offenders – per 250 ml both had nearly six teaspoons of total sugar. If you drank an entire 500ml bottle of Wave, you’d knock back about 12 teaspoons of the sweet stuff.

Although some of the sugar comes from naturally occurring lactose (food labelling rules don’t require added sugars to be listed separately and these companies didn’t disclose this information when we asked), that’s a lot more sugar than most people would add to their regular coffee fix.

Puhoi Valley’s product also contains cream. That’s why it has a higher energy content than the other coffee milks. 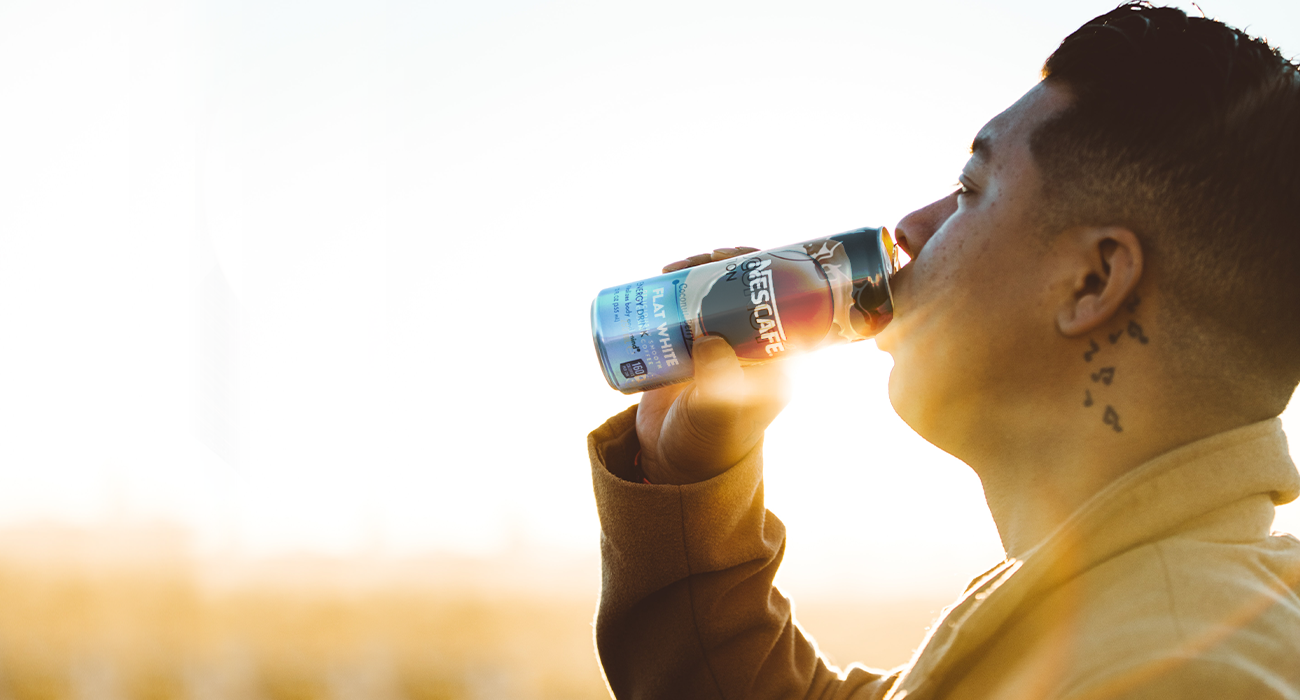 Seven drinks, including the four Suntory Boss offerings, don’t disclose the caffeine content and we had to search online for the Nescafe caffeine hit.

Frucor Suntory, the manufacturer of Suntory Boss, told us that when coffee is brewed caffeine levels can vary due to the variety of bean used, processing method and where the coffee is prepared.

Nestle told us it will add caffeine content to its Nescafe range at its next packaging change.

The Food Standards Code requires added-caffeine products to have a statement on the label that they contain caffeine, but they don’t have to disclose how much. Foods with guarana (a plant with high levels of natural caffeine) must also be labelled as containing caffeine. There’s a restriction on how much caffeine can be added to cola soft drinks and energy drinks, but not iced coffee products.

We think all caffeine-containing drinks should disclose their caffeine content.

Registered dietitian Helen Gibbs said caffeine is a mild stimulant and should be limited by some people.

“Children and young people are more sensitive to caffeine than adults and these types of drinks shouldn’t be drunk by anyone under 12 years old and limited for teenagers. Pregnant and breastfeeding women are advised to limit caffeine intake to less than 200mg per day from all sources, including coffee, tea, cola and chocolate,” Ms Gibbs said.