The draft Civil Aviation Bill does nothing to change the status quo. That's not good enough. 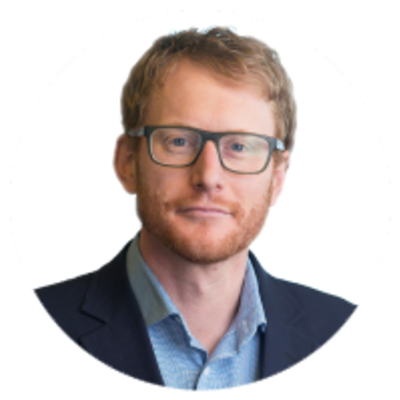 It was May 2020, sometime in my third week as Consumer NZ CEO.

I’d been a guest on a radio show that morning, talking about airlines refusing to refund thousands of consumers for flights that would no longer take off because of Covid. It was my first interview on the issue, and I’d taken a fairly moderate line, acknowledging the precarious situation the airline industry was in and stressing that nobody wanted to see the national carrier go under. I’d also emphasised that the law was on the side of the airlines; they had no legal obligation to refund most consumers.

Interview done, I made a coffee and enjoyed clearing some emails in my tracksuit pants – lockdown has some advantages.

Later that day, I received an email from a gentleman named Noel. A long-time Consumer NZ member, Noel took the opportunity to provide his notes on how I’d gone that morning. I’m sure Noel won’t mind me quoting him:

“I feel the Consumer Head’s views were inappropriate. He came across to me as too pro-Air NZ. Surely he represents the consumer view, not the Air NZ view. Despite the fact that Air NZ may not be legally bound to give refunds for cancelled flights, ethically it should. And that’s the key point. Air NZ can hide behind whatever legislation it can but it’s clearly unethical not to refund for cancelled flights.”

In a few lines, Noel gave me a double-pronged wake-up call; firstly, on the unfairness of what the airlines were up to, and secondly, on what it means to represent an institution like Consumer NZ.

Noel didn’t have to repeat himself. I knew immediately he was right. I changed out of my tracksuit pants and Consumer NZ swung into action advocating for passengers getting shafted by an industry protected by outdated aviation legislation. Compared with many other countries, our law is downright anti-consumer. This issue eventually became one of the biggest Consumer NZ has ever been involved in.

In 2020, during the heat of the public backlash against the airlines, politicians, no doubt conscious of their financial stake in a national carrier rapidly falling out of favour with the public on this issue, made public assurances the law was under review and consumer concerns would be taken on board.

Fast-forward two years. The law that created all the issues in the first place and that empowers the airlines to act so unfairly, the Civil Aviation Act 1990, is being refreshed for the first time in 30 years. Now, surely, is the time to right the wrongs and bring in some decent consumer protections?

A lot has happened in two years. Even the airline industry itself has recognised it failed to read public sentiment and has looked to rebuild from the public relations train wreck of 2020 by softening the harder edges of refund policies. Even as recently as last month, Air New Zealand re-introduced its credit policy to allow passengers to get credits for flights they no longer needed as the country moved to the traffic light system. Credit where credit is due, that is a cool move that rewards those customers who have chosen to support the airline through these turbulent times. Well done on reading the room, Air New Zealand.

It’s unfortunate that policy makers seem less in tune with public sentiment. The Transport and Infrastructure Committee is currently hearing submissions on the Civil Aviation Bill, the bill which is, in effect, the outcome of the review we were promised.

It is confounding that, after all we have been through over the last two years, the bill before the committee does almost nothing to change the status quo. Consumers on flights that are cancelled or delayed for reasons outside the airline’s control aren’t automatically eligible for refunds unless they’ve purchased fully refundable tickets. What message does this send to carriers if the key piece of legislation governing their operations dithers on the issue of consumer protection?

The Civil Aviation Act review was not only a chance to address the policy failings that left so many Kiwi travellers out of pocket in the wake of Covid; it was also a chance to avoid a repeat of New Zealand Inc’s PR disaster that left many a foreign tourist sour.

With no prospect of a refund for bookings on New Zealand airlines, these potential future tourists were left with the consolation prize of effectively worthless credits for travel on an airline in a country they would not be able to travel to for at least two years (and counting). No wonder they were pissed. We know, because many contacted us at Consumer NZ. We tried to help them, sometimes successfully, other times not.

Who would blame them if they wrote New Zealand off as a post-pandemic destination? They’ll probably tell their friends too. Not really what our tourism sector needs when the recovery begins.

Many of those foreign travellers would have looked at the consumer protections for airline passengers in their own jurisdictions and shaken their heads at how backward and out of step our protections are. This may have led them to wonder why New Zealanders let themselves be treated like second-class citizens when it comes to air travel (at least at home).

A fair question and one I hope the select committee is pondering. It still has a chance to remedy the situation. Will it kick for touch, or read the room?

If someone pays for a flight and that flight doesn’t leave the tarmac, the consumer should be offered a refund. That is the ethical thing to do, as Noel reminded me that day in May 2020, and now is the time to reflect that in the law.

Thanks Noel, I owe you one, but you might need to write to the select committee as well.

Do you think you should be entitled to a refund if your flight doesn't leave the tarmac?

Tell us what you think.