Microwave gizmos: half-baked or the best thing since sliced bread?

A trial of the Mico Toastie and Mico Potato: One toasts sandwiches and the other bakes potatoes in a microwave oven.

If I had room for just one kitchen appliance, a microwave oven would be a top contender. Luckily, I don’t have to choose – as well as a microwave, I have a kettle and a hob at home. What I don’t have is a panini press.

The office, however, does, so Monday to Friday, I can eat toasted sandwiches to my heart’s content. But what about weekends? If I had a Morphy Richards Mico Toastie, I could “create a microwavable snack that’s as tasty as a conventional toastie”. 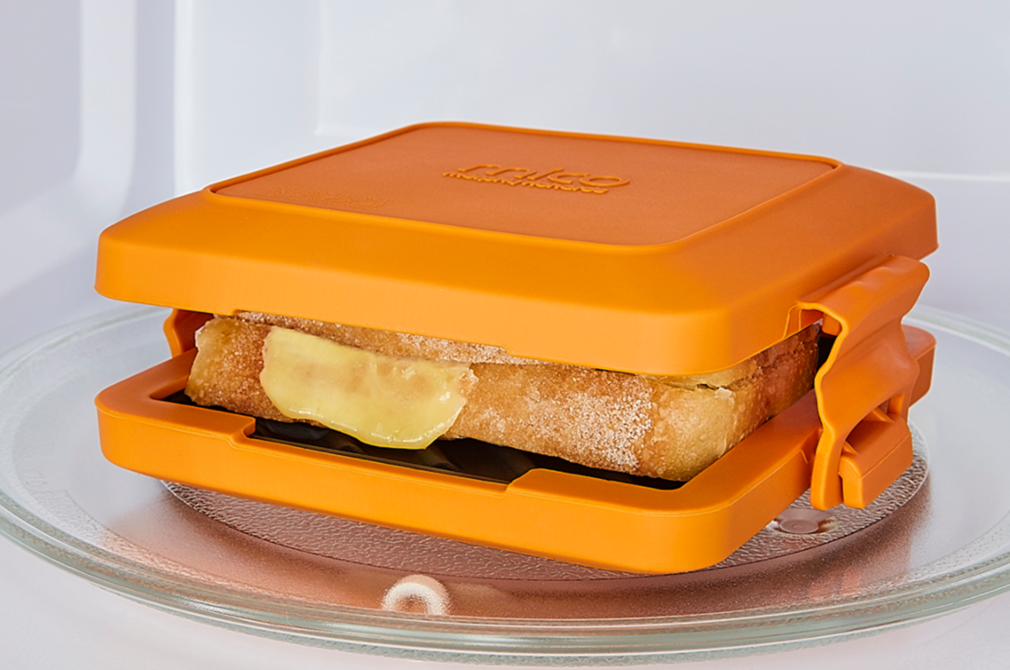 Well, yes ... so long as the bread is a standard-size square, you can “toast” a sandwich in the microwave using the Mico Toastie. It takes about five minutes and is sort of like grilling a sandwich in a frying pan: the bread crisps up and clean-up is simple (the Mico Toastie is dishwasher safe), but it’s just not quite the real deal. Instead of a crunchy pocket oozing perfectly melted Swiss, you’re more likely to get a rubbery filling between two slices of fried bread.

That in itself is enough to cheese me off, but the Mico Toastie costs $72 (plus shipping, from themarket.com) and can only microwave one sandwich at a time.

My advice? Keep an eye on the sales for a panini press. It might cost a bit more than the Mico Toastie, but you’ll be able to make two “proper” toasties at the same time. Plus, you can use a panini press to reheat pizza and grill steak, making it a far more versatile option.

Morphy Richards also makes a “baked potato microwave cooker”. It’s like a tiny conventional oven that can either bake two spuds at a time; roast or chargrill a small portion of veges; “fry” a two-egg omelette; or “toast” a couple of rolls. Once you’re done, disassemble the gadget and throw the metal plates and silicone covers in the dishwasher.

The Mico Potato makes a pretty good jacket – I liked the thin yet slightly crispy skin and creamy flesh – but $62 (plus shipping, from themarket.com) isn’t exactly “small potatoes”. Plus, 18 minutes is a long time for your microwave oven to be occupied.