Vouchers could expire before you know it.

Warning! Do not leave your Chrissy gift vouchers stuffed in a drawer. Because before you know it they may expire. If they are from companies with stingy expiry dates, such as Kiwibank’s Prezzy Card (12 months), the clock will be ticking. The card might have been a couple of months or more old before you even received it, so don’t hang about.

We’re campaigning for retailers to drop expiry dates on gift vouchers. We’ve had a great response from the likes of Bike Barn, Baby Factory, Countdown, Hallensteins, Kathmandu, Macpac and Noel Leeming — these shops have dropped the dates altogether. Great.

Others have pushed them out to five years, also great.

But some have done nothing. We reckon this is unfair to consumers. In a recent survey we found one in five gift card recipients were left empty-handed after the card expired before they could redeem it. Based on the gift card value, we estimate consumers could be losing $10 million annually.

When a gift card expires, the retailer keeps any remaining money. They’re not willing to share how much that is exactly. But company accounts reveal gift card income is calculated on the assumption a percentage of shoppers will never spend all the money on the card.

And retailers gain significant benefits from gift card sales. They get payment in advance and the prospect of further sales when the card is used.

This year we will be keeping you up to date with the retailers that have dropped or significantly extended their gift voucher expiry dates.

The Labour Party has supported our campaign with its new Consumer Affairs spokesperson Michael Wood saying he is to write to retailers and ask them to reconsider their decision not to drop or extend gift voucher expiry dates.

In the meantime, get out there and reap the benefit of your voucher — if you don’t the shop will! 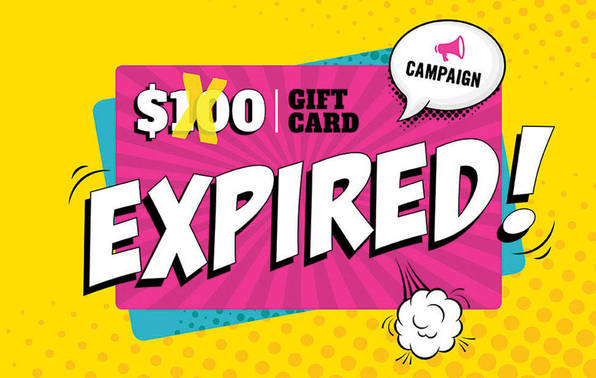