Pak’nSave Mangere has copped a $78,000 fine for misleading consumers about its promotional prices and breaching the Fair Trading Act.

A Commerce Commission investigation found store customers were charged higher prices at the checkout than those displayed on shop shelves or advertised in price promotions.

During June and October 2018, the commission carried out mystery shops of the store to check advertised prices against those charged at the till. Discrepancies found included:

“The pricing discrepancies related to a number of individual items across different departments of the supermarket and they were repeated, and the defendant did not immediately take steps to correct its pricing systems,” he said.

Pak’nSave Mangere only acted to fix the problem when it became aware of the commission’s investigation.

Commission chair Anna Rawlings said consumers should be able to trust the price displayed on the shelf is the price they’ll be charged.

“If a mistake is made, businesses should ensure consumers are compensated and take immediate steps to ensure that the mistake is not repeated … it is no defence to claim that error is somehow inherent in a business involving high volume, low value sales and regular changes in pricing.”

This case highlights the problems consumers face trying to navigate the confusing array of price promotions used by supermarkets.

Our latest supermarket price survey found products on promotion so often that consumers risk being misled about the savings they’re getting. Many of the items we tracked this year were routinely on special during the 12 weeks we monitored prices.

In September, we lodged a complaint with the commission asking it to investigate supermarkets’ pricing practices and use its market study powers to investigate levels of competition in the industry. 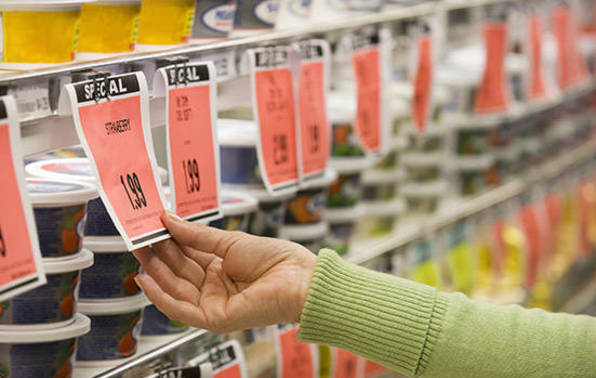