Kiwibank is extending the expiry date of its Prezzy Card from 12 to 24 months.

Kiwibank has succumbed to consumer pressure and is extending the expiry date of its Prezzy Card from 12 to 24 months.

“We’ve been campaigning for retailers to remove unfair expiry dates from their gift cards. But Kiwibank was one retailer refusing to budge in response to our repeated requests,” Ms Chetwin says.

Kiwibank initially defended the 12-month expiry date stating Prezzy Card had been around for 10 years and it had very few complaints that it hadn’t been able to resolve “in a mutually agreeable manner”.

But Ms Chetwin says complaints it received showed the 12-month expiry date was leaving consumers out of pocket and it had continued to put pressure on Kiwibank to extend the date.

Kiwibank’s backdown means all Prezzy Cards sold from 1 March 2018 will have a 24-month expiry date. 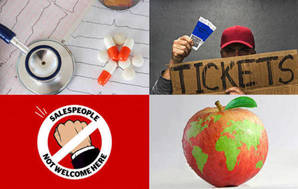 Health star rating to be removed from Milo powder