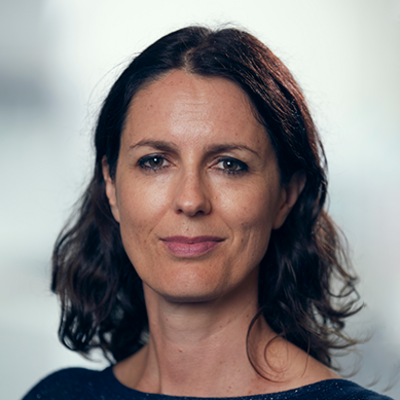 A group of Hobsonville retirement village residents want their village operator, Summerset, to provide free personal alarms for residents. The request comes after a woman fell in her villa and wasn’t found for two days because she couldn’t reach the call bell.

Each of the independent villas and apartments at Summerset Monterey Park has four call bell buttons: one in the bedroom, one in the lounge, one in the shower on a cord, and one by the toilet. However, the residents point out that if they had a fall in the lounge or bedroom, they wouldn’t be able to reach the buttons which are located 1 metre off the ground.

On the morning of Tuesday 4 January, Milly was getting ready to go to the village centre to play cards. She lost her balance and fell backwards, landing on her hip on the floor. She couldn’t get up.

“The emergency call bell button was more than 2 metres away, on the wall at the head of the bed,” Milly told Consumer NZ. “My phone was on the bedside table. I wasn’t wearing a personal alarm because I thought I was safe enough with the call bell system. I lay there for the rest of that day calling out ‘help!’ but no one heard me.”

Milly remained trapped on her floor for three days and two nights. She was only able to keep track of time because her bedside radio would come on at 7 each morning. Finally, on Thursday afternoon, she heard people banging on her bedroom window and voices calling her name.

“It was my friends with whom I play cards. They’d become worried because they hadn’t seen me and I’d not responded to phone calls. Then someone from the Care Centre used a master key to enter my unit. I said, ‘I am so pleased you found me’.”

An ambulance was called and Milly was taken to hospital, where she remained for two weeks. She had a hip replacement and had pressure wounds treated, which took several weeks to heal.

“Now, nine months later, I have still not completely recovered. I am still using a walker or two sticks. I have not returned to all the activities I used to enjoy. But I am determined to get there. I will always be grateful to my friends who came looking for me.”

The village’s Residents Committee said there have been several other instances in which elderly residents have fallen and struggled to reach the call bell. In order to prevent such incidents, the group asked Summerset to provide free personal alarm pendants worn on the body, for those who need or request them.

While Summerset does offer these already, it charges a monthly fee of $45. But the committee believes this is price gouging.

“This is $540 per year on top of the weekly fee we already pay,” secretary Graeme Sanderson said. “As the average resident spends seven years in a village, this cost amounts to at least $3780 – more if they live longer.”

The monthly rental fee acts as an impediment to some residents, Sanderson told Consumer. But other retirement operators provide these alarms as a component of the call bell system, according to the committee.

“We’d essentially be creating a service, and a cost, that most residents don’t want.”

Mudge said most other retirement village operators do not include personal alarms in their fees either.

The fixed call bells at Summerset are located where they are most likely to be needed, he said. And the $45 per month cost for a personal alarm pendant is cheaper than if a resident used one from an external provider, such as St John.

Summerset is aware of the incident involving the woman who fell and broke her hip, Mudge said.

“This was, of course, distressing for both the resident and Summerset as had she been able to get to the call bell, we would have quickly gone out to help her. Incidents such as these are extremely rare – we’re not aware of any others in recent memory.”

Ryman, the biggest village operator in New Zealand, supplies personal alarms for a one-off fee – $90 for a neck pendant and $70 for a wrist alarm. Each facility covers the ongoing monitoring costs.

About 10 years ago, Ryman also introduced a motion detection system in all its independent apartments and villas, following a tragic incident at its Rita Angus village in Kilbirnie, Wellington. In 2011 an 85-year-old man died in his apartment but his body was not found for 12 days. The motion detection system implemented after this incident alerts staff if no movement is detected for a specified period so a welfare check can be carried out.

The Retirement Village Association (RVA), which represents about 95% of all registered villages in New Zealand, recommends that residents themselves create ‘neighbourhood watch’ groups to make sure everyone is safe.

“This might be as simple as Fred saying to Bruce, ‘if my curtain’s not open by 10am please knock on the door’,” said RVA executive director John Collyns.

“Our residents, for the most part, see themselves as independent, active older people and our experience is that they don’t want the operator officiously checking they’re OK.”

The RVA said some operators do keep a record of residents they consider vulnerable and keep a discreet eye on them. But Collyns said families also have a role in ensuring their relative is safe, especially if the resident is in a lifestyle village without an extensive care facility and staff.

Meanwhile, Summerset has declined the residents’ committee’s request to remove the additional charges for personal alarms. Sanderson hopes they will reconsider.

“The instances when residents fall, cannot reach a call bell and are left injured and alone, are serious and distressing. Recovery and rehabilitation can be life-changing, and not in a good way. A personal alarm overcomes the response problem.”