Home apologises for failings in care.

A complaint from the family of an 86-year-old woman about the poor care she received in a Ryman Healthcare rest home has resulted in the company refunding $10,300.

Margaret Brown was a rest home resident in Ryman’s Julia Wallace Retirement Village in Palmerston North from December 2016 until she died in April 2017. She had previously lived independently in a serviced apartment at the village.

Daughter Sue Brown said her mother paid an extra $47 a day for a premium rest home room, but basic day-to-day services were often not carried out to an acceptable standard.

The family had to roster companions to visit their mother to check that basic things were sorted out, she said.

On one occasion, Ms Brown arrived at the home to find her mother sitting on her bed in a distressed state. “She was not able to move and could not reach the call button that was on the floor.”

She also arrived at the home to find her mother in a soiled incontinence pad, and said bedding and carpet wasn’t cleaned immediately after being soiled when her mother was changed.

Ms Brown’s mother had been in a wheelchair for 10 years and needed help being transferred from her bed to the chair. However, she was often left waiting for staff to help her, Ms Brown said.

One morning, she witnessed a caregiver telling her mother “it was a lot of work getting you in and out of bed”. Ms Brown felt the caregiver was bullying her mother, asking several times “if we put you back to bed, you don’t want to get up for lunch do you?”

“Not being able to get up in a timely manner in the afternoon reduced Mum’s independence. She was consumed with frustration because she had totally lost control of several aspects of her life,” Ms Brown said.

She also arrived at the home to find her mother in a soiled incontinence pad, and said bedding and carpet wasn’t cleaned immediately after being soiled when her mother was changed.

Her mother developed bedsores on her heels, one of which become infected and required treatment with antibiotics, and suffered a skin wound after slipping in the bed hoist, she said.

Ms Brown said when her mother was in bed, her trolley with her water bottle, phone and TV remote was often out of her reach.

“On several occasions, I had to ring through to the hospital and ask staff to take the hospital mobile phone through to Mum’s room as she couldn’t answer her phone. This was time-consuming for both me and the staff. But the situation didn’t seem to improve.”

No “peace of mind”

Ms Brown complained to the Health and Disability Commissioner (HDC) about the care provided to her mother. In February this year, deputy commissioner Rose Wall wrote to her acknowledging there were deficiencies in the service Ryman provided.

The company was asked to apologise but no further action was taken. Ms Wall said she’d received differing recollections of some events from Ms Brown and Ryman and did not "consider that further assessment on my part is likely to clarify matters”.

Ryman apologised to Ms Brown and said it was sorry for the distress caused to her and her mother as a result of the care provided.

Dissatisfied with the response to her complaint to the HDC, Ms Brown wrote to Ryman requesting a $5000 refund of the premium room fee. She also requested $5000 compensation for the company’s failure to honour its “continuum of care” guarantee.

Ryman advertises this guarantee to retirement village residents, stating it provides “peace of mind” that care will be available in the village should a resident require it.

Margaret Brown and her husband moved into a serviced apartment at the Julia Wallace Retirement Village in 2010. After Mr Brown died in 2014, Margaret continued to live independently in the apartment until December 2016, when she was assessed as needing hospital-level care.

However, at the time Ryman didn’t have a hospital-level bed available. Ms Brown said her mother had to leave the apartment on Christmas Eve when she was transferred to Palmerston North Hospital and was homeless for three days until Ryman advised a room would be available at the end of December.

She said the events left her mother “terribly upset, in tears, totally confused and anxious … Mum had no peace of mind”.

Ryman refunded the $10,300 requested to Margaret Brown’s estate in October. Corporate affairs manager David King said it was “relatively rare” for the company not to be able to accommodate a resident moving into care. “On this occasion, there was not a bed available and we regret that we got it wrong,” he said. “We provided a continuum of care – with the exception of a few days when [Mrs Brown] stayed on in hospital.”

Mr King said Ryman stood by its team and this was not a case of neglect. “However, we also acknowledge that we could have done a better job in some areas and we have put steps in place to do so."

At HDC’s request “we reviewed our policies and procedures relating to sharing of information and communicating with families and involving them in decision-making, and we have carried out additional communication training”.

The case is yet another example of failings in rest home care. It also highlights the precarious situation retirement village residents can be left in when they’re no longer able to live independently and care isn’t available in the village.

We’ve been calling for an overhaul of rest home standards and complaints processes. Existing processes are not only lengthy but homes that fail to provide acceptable standards of service rarely face any penalty. That needs to change. 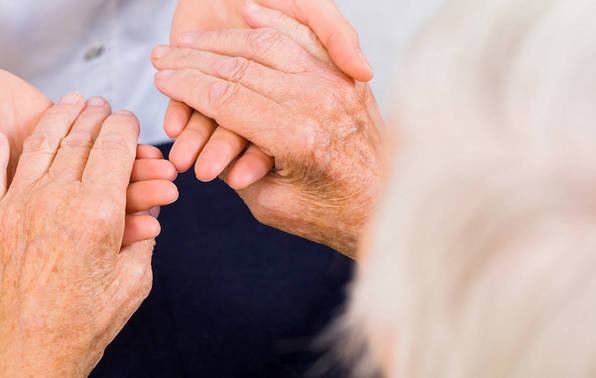 Fund is here to help