We need your help to call out misleading supermarket price promotions.

We're calling on New Zealanders to send in examples of unclear or misleading pricing and promotions, so it can hold the supermarkets to account.

You can send your examples to playfair@consumer.org.nz.

“Whether it’s a multi-buy that works out to be the same price whether you buy one or five items, a product advertised ‘on special’ selling for its regular price, or something advertised as being on special that’s charged at the regular price, we want to hear about it,” said Consumer NZ Chief Executive Jon Duffy.

During the grocery sector market study, we called for new rules to stop retailers from using confusing pricing and promotional strategies that make it difficult for consumers to figure out what they’re getting for their money.

However, this didn’t happen. Instead, the Commerce Commission recommended supermarkets take responsibility to ensure their pricing and promotional practices are simple and easy to understand. “But we are not convinced the supermarkets will change their ways without pressure from consumers,” Duffy said.

“Retailers know shoppers are more likely to buy a product if it’s on special – this leaves consumers vulnerable if specials are not genuine. We have seen plenty of examples through complaints we receive.”

Twelve of the Commission’s recommendations for the grocery sector are now under way or complete. However, as people are increasingly struggling with the cost of living, it’s more important than ever that supermarket pricing is accurate and transparent, and that consumers aren't being misled, he said.

Our Sentiment Tracker found New Zealanders’ concerns about the cost of living have risen sharply over the past year, with food prices a key component. The cost of food now ranks second highest on a list of financial concerns, behind housing payments. Last year, food ranked as the eighth-highest concern, trailing other household outgoings.

Statistics NZ’s latest Food Price Index shows food prices in August were up 8.3% compared with a year earlier. This is the biggest increase since 2009 and these rising prices are hitting New Zealanders hard right now, Duffy said. 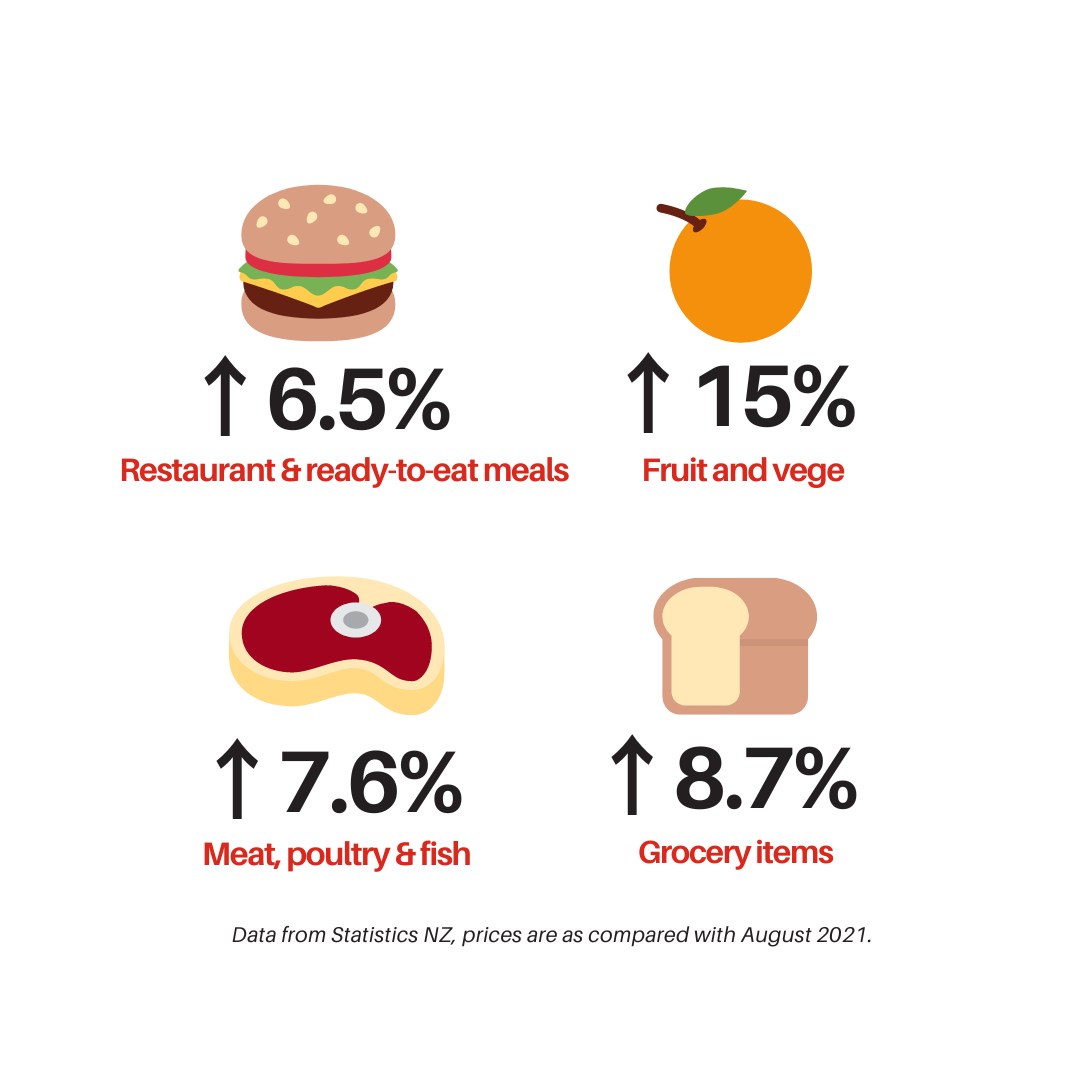 “It’s crucial that supermarkets are honest with their pricing, so consumers can confidently compare prices and trust they are getting a genuinely good deal when they purchase something on special.

“We will continue to keep a close eye on the sector and encourage consumers to let us know when they see concerning behaviour by the supermarkets.”

You can read more about our campaign to end dodgy ‘specials’ here.