The more fully featured your fitness tracker is, the more often you have to recharge it.

Our latest test of smartwatches and fitness trackers shows that the more features and better tracking precision a wearable device has, the faster its battery drains. Is that a sacrifice you’re willing to make?

The Apple Watch Series 5 is the best-performing smartwatch in our test right now. It has an abundance of smart features, such as remote payment and voice calling, and its fitness functions have top-notch accuracy.

There’s one big problem, though – the battery doesn’t last. At all. While the average wearable in our test lasts 6-7 days on a charge, the Apple Watch could only manage 31 hours. That means, realistically, it needs to be charged daily.

In fact, our battery life test is conservative as it doesn’t include the use of advanced features, such as GPS. It tends to overestimate battery life compared to manufacturers’ claims, which assume intense use. Apple only claims an 18-hour recharge cycle for the Series 5.

Disappointingly, manufacturers of high-end smartwatches don’t seem to be trying to extend battery life. Apple released the Watch Series 6 and the cheaper Watch SE last week, and both carry the same 18-hour claim.

It’s not just Apple – the trend across our entire test is that functionality improves at the expense of battery life. The question becomes whether the benefits of those cutting-edge features outweigh the convenience of a week-long battery – and likely a longer overall lifespan, since batteries last for a finite number of charging cycles.

If you want the best of both worlds, our pick is Huawei’s new GT 2e watch. It’s marginally less accurate than the Apple Watch (83% vs 84%), but it’s a lot cheaper and its battery lasted 12 days in our test. However, it does lack some fancy features including WiFi and NFC. 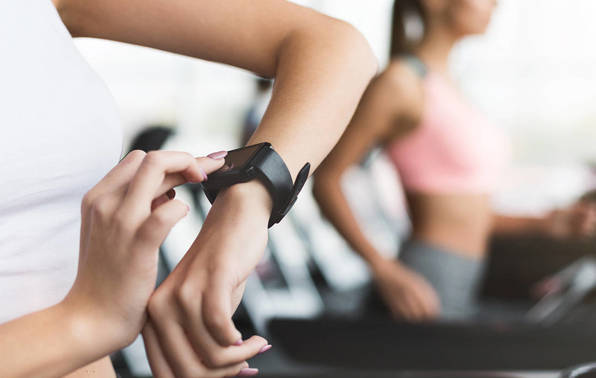 In the market for a smartwatch or fitness tracker? We've tested 28 models.